This is a developing story. For details, we invite you to follow this report from The Associated Press.

Supporters of President Donald Trump are protesting in Washington DC Wednesday and have clashed with police, storming the United States Capitol on the day that Congress was set to ratify the electoral college’s vote to elect Joe Biden as president.

“Protesters tore down metal barricades at the bottom of the Capitol’s steps and were met by officers in riot gear,” the AP reports. “Some tried to push past the officers who held shields and officers could be seen firing pepper spray into the crowd to keep them back. Some in the crowd were shouting “traitors” as officers tried to keep them back.”

Vice President Mike Pence was “swiftly” ushered out of the Senate chambers, according to Politico.

President Trump has tweeted the following:

Please support our Capitol Police and Law Enforcement. They are truly on the side of our Country. Stay peaceful!

I am asking for everyone at the U.S. Capitol to remain peaceful. No violence! Remember, WE are the Party of Law & Order – respect the Law and our great men and women in Blue. Thank you!

Here are videos from the scene:

Photo from inside the House chamber by @AP pic.twitter.com/rRlcRbBwYl

CNN is reporting an Armed standoff outside the House floor. pic.twitter.com/SU7P8EGKwX

The Capitol is literally being broken into.

The Capitol is literally being broken into.

Protesters are fighting with Capitol Police and Secret Service within the capitol building. pic.twitter.com/NiJq8huKl2

"This is continuing to escalate here": @krisvancleave reports as thousands of Trump supporters storm the U.S. Capitol. Tear gas is being used on the inaugural steps where Joe Biden is set to be sworn in two weeks from today https://t.co/wTKxzqAo9U pic.twitter.com/MeEzVBzzsQ

Trump protesters just discharged a fire extinguisher outside Senate chamber. Many protesters are inside building, and most people are hiding from them pic.twitter.com/0y2sk8LHWd

Earlier today, President Trump vowed to a rally of his supporters not to concede:

Trump is entering burn-it-down mode. “We will never concede,” he vowed today as Congress prepares to certify Biden's win. He falsely claimed his VP can throw out the results and attacked McConnell, Romney, Kemp, Raffensperger, Barr, SCOTUS, media and more https://t.co/5piJaDPv4X pic.twitter.com/DOo0KsGmfC

This is a developing story and will be updated. 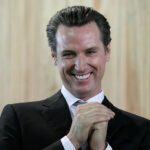 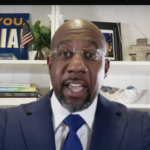