It has been only 10 days since Jared Goff underwent surgery on his throwing thumb. After missing the regular season finale on Sunday, it looks like the Rams’ starting quarterback is trending towards playing.

According to Lindsey Thiry with ESPN, Goff looked good going through warmups on Wednesday. That was followed up with a few videos from Gary Klein with the LA Times showing the former No. 1 overall pick.

The timing could not be more perfect, as Los Angeles is gearing up for a Wild Card showdown against the Seattle Seahawks this weekend.

Backup John Wolford had an interesting first start against the Arizona Cardinals this past weekend. He completed 57.9 percent of his passes for 231 yards with no touchdowns and an interception. He also added another 56 yards on the ground.

There will always be limitations to Goff, but he needs to be the guy if the Rams want to advance past their NFC West rival in the playoffs.

Let’s see if he becomes a full participant on the injury report. 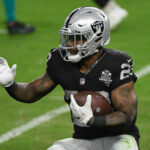 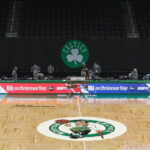