Have you ever ordered 15 wings via delivery from Buffalo Wild Wings and received fewer than 15 wings? That happened to Richard Jackson, a man who lives in Chicago’s Austin neighborhood.

The surveillance cameras on his house caught a delivery man from Uber Eats chomping on his wings in between exiting the car and handing off the order, and Jackson spoke about the incident to CBS Chicago.

“It’s concerning that he was so nonchalant — especially during a pandemic,” says Jackson.

Eventually he got an explanation: “I did challenge him on why he was eating my food — he eventually admitted to eating my food. He said ‘Oh, well I was hungry.'”

Jackson ultimately got a refund at Uber Eats, but he’s not happy with B-Dubs for neglecting to surround his wings with tamper-proof packaging. Hopefully, for the sake of some of us who have been relentlessly ordering delivery during the pandemic, this is an isolated incident. 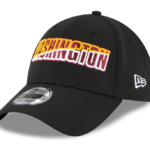 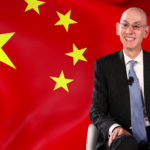