Vanderbilt University, my law school and graduate degree alma mater, became the latest school to succumb to politically correct versions of history when it announced it would remove the name Confederate from the Memorial Hall on campus.

The hall was first named in 1935, after a $50,000 donation from the United Daughters of the Confederacy. Now Vanderbilt will be paying $1.2 million to the original donorship group to rename the hall. That’s $1.2 million that could endow several minority scholarships, but instead it’s being used to eliminate the university’s connection to the history of its state, city and region. In so doing the university will actually be sandblasting away reference to the word confederacy on the building which is, you know, exactly what terrorist organizations do to historical relics they don’t approve of in the Middle East.

Welcome to modern campus life, if anything in history offends you, eliminate it.

Of course, I have a truly radical idea: The purpose of a university is not to deny history or create a campus where students never come into contact with uncomfortable ideas. It’s to present an unvarnished look at the real world and prepare the next generation for the fact that not everyone will agree with every idea you have for the rest of your life.

Instead modern universities coddle their students, providing trigger warnings for uncomfortable subjects in their readings, handcuffing professors who are terrified of being told they aren’t inclusive enough — whatever the hell that means — teaching these students that the best way to deal with real life is to demand that it perfectly reflect their internal belief system.

Most students today have no grasp of history so let me provide you with a history lesson:

Nearly 100% of all Civil War soldiers fought based on the state they were born in, whether north or south, not their opinion of slavery. In the 1860’s your state was viewed as the equivalent of your country. It was such an irregular occasion for a citizen not to support his state of residence, that soldiers like General John Pemberton, a Pennsylvanian who supported the South and General George Thomas, a Virginian who supported the North, were extreme oddities and considered to be traitors by their contemporaries. You didn’t fight based on your opinion of slavery, you fought based on which state your ancestors happened to settle in after arriving in the country.

As I wrote last year, the Civil War flag you marched under was a quirk of geographic fate; your family’s ancestral decision to settle in Illinois or Alabama dictated your allegiance. These were simpler and more provincial times, every state was its own country, every community its own state. You fought, bled and died alongside your neighbors. All of the soldiers in the Civil War were, just like you and me, a product of the era in which they grew up.

And whether you fought for the North or the South you were racist as hell compared to today’s contemporary society. Some northern soldiers owned slaves, 98% of all Southern soldiers did not own slaves. But either way EVERYONE WAS RACIST IN THE 1860’s. Doubt me? Sure, Abraham Lincoln favored the abolition of slavery. But do you know what he wanted to do with the freed slaves? Ship them all back to Africa so they didn’t mix with the white people here.

Judged by our modern standards Abraham Lincoln was incredibly racist. Does that mean we should take down the Lincoln Memorial? Of course not, I admire Lincoln so much that I named my son after him. George Washington was a slaveholder, does that mean we should rename Washington, D.C.? Where does the elimination of uncomfortable history end? Are we really prepared to only teach history that doesn’t offend anyone?

Would Vanderbilt change the name of the university if instead of being a rapacious robber baron, Cornelius Vanderbilt had made his money off plantations? You may think that’s insane, but that’s exactly what Yale students are demanding right now.

(By the way, do you know how Vanderbilt got its start? Cornelius married a woman 45 years younger than him — his cousin from Alabama! He was 75 and she was 30 so the Commodore was a bit of a freak. Seriously, is there anything more perfect than the SEC’s best academic institution being founded because a dude married a cousin from Alabama 45 years younger than him? It was this woman’s family that convinced him to endow Vanderbilt.)

Our modern day society is obsessed with eliminating all nuance and insisting on artificial binaries — good or evil, Republican or Democrat, acceptable or unacceptable behavior, if that sounds familiar it should, all has been Disneyfied into an ersatz duality, everything in modern society is either good or evil.

As you get older, if you have a functional brain, you learn a simple lesson, life doesn’t dwell in absolutes. And if you study history as you age you learn an immutable lesson that is true across all continents and all times — no matter how advanced and intelligent you believe your own modern society is, many of your present day ideas will be considered reprehensible by your great-grandchildren.

We don’t know. Because we are imperfect humans in an imperfect world.

But I get a great deal of entertainment out of this ultimate irony — even the most politically correct nutjob out there today, the person who drives you crazy with his perceived moral superiority, is likely to be considered reprehensible by his ancestors. All of us, the saints and sinners, the heroes and cowards, the vast majority of us, who dwell somewhere in between, are flawed, even more so when reviewed in a historical context by people we’ll never know, who will judge us lacking in many, if not most, respects.

I’ve walked across the campus at Vanderbilt many times over parts of the past four decades of my life. Back in 2002, when this controversy initially began, I was a law student on the campus. One day I found myself in front of Confederate Memorial Hall and unlike the vast majority of all students on campus I actually stood and thought about what the name meant. And the lesson I took wasn’t one of exclusion at all, it was one of wonder.

If, I thought, this country, state, and university was capable of advancing so far since the Civil War ended, where might we all end up in some distant day far to come?

Of course, that’s how people who study history think, not just of life’s failures or insensitivities or god forbid, of modern day offensiveness, but of life’s possibilities, the distance between where we were, where we are, and where we’d like to be one day.

If you eliminate the start of a story then there’s no context for human advancement, we have no idea how far we’ve come or where we began. Confederate Memorial Hall tells me a story about where we began as a university, removing the historical connection tells me nothing at all, it’s just an artificial blandness.

It doesn’t stand for anything at all, it’s just there.

A university shouldn’t exist to make us feel better, it should exist to teach us where we’ve been and where we hope to go. Vanderbilt University, my double alma mater, had an opportunity to teach us all of these things.

For that I’m sad. 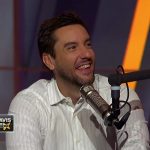