Valparaiso University, located in land-locked Valparaiso, Indiana, announced Tuesday that the school will now be nicknamed the Beacons after it dropped Crusaders as its previous nickname because it made some at the school think of violence and “aggressive religious oppression.”

“We. Are. BEACONS,” the school announced via its social media channels, adding this nickname “directly connects to our motto, ‘In Thy Light We See Light.'”

Then interim school president Colette Irwin-Knott said in February that Valpo had to act because the nickname had been used by hate groups. “Unfortunately, the Crusader and its symbols related to the Crusades have been embraced and displayed by hate groups,” Irwin-Knott told the New York Times. “In fact, a newspaper of the K.K.K. carries the name The Crusader, and this is not something we want to be connected with Valparaiso University in any way.”

Right, because the first thing people thought of when they heard of the Valparaiso Crusaders was a KKK newspaper. It’s sorta like people in Minnesota thinking the use of “master bedroom” in a real estate listing is a huge trigger.

But here we are with the school becoming the Beacons and getting a fresh new logo. 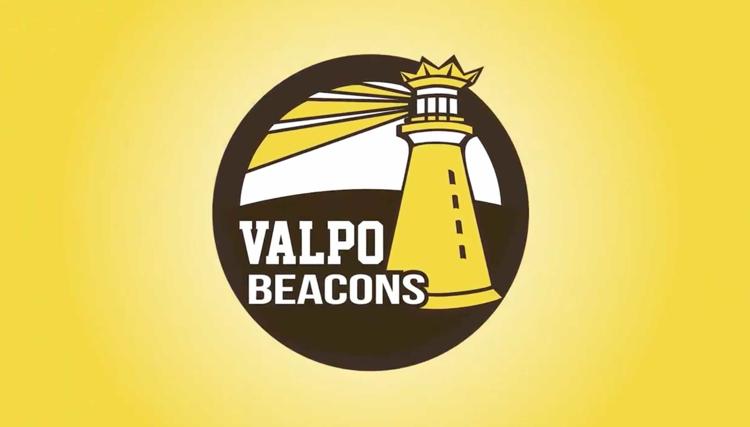 Now for a Valparaiso University history lesson and its real connection to the KKK. The school can change its nickname all it wants, but it can’t change the fact that the school was nearly taken over by the Klan in 1923. In the end, the Klan had trouble coming up with the $350,000 to buy the campus and the $1,000,000 that was offered up as an endowment. 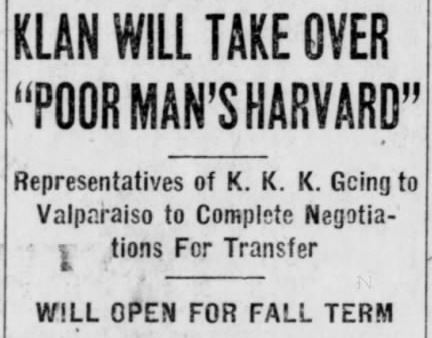 By 1925, the Lutherans swooped in and saved the financially ruined school and brought it back from such financial straits that leadership nearly sold it all to the KKK.