The statement adds that the unnamed targets are in various stages of clinical trials.

The majority of these attacks were blocked by security protections built into Microsoft products. All organizations that were successfully breached were notified. The number of successful attacks and the severity of the breaches remain unknown.

“Today, Microsoft’s president Brad Smith is participating in the Paris Peace Forum where he will urge governments to do more. Microsoft is calling on the world’s leaders to affirm that international law protects health care facilities and to take action to enforce the law. We believe the law should be enforced not just when attacks originate from government agencies but also when they originate from criminal groups that governments enable to operate – or even facilitate – within their borders. This is criminal activity that cannot be tolerated.”

Cyberattacks on the health care sector and COVID-19 are not new, nor are they going away.

This week, there has been extra attention on developing COVID-19 vaccines. Pfizer announced Monday that preliminary data showed its vaccine to be 90% effective. 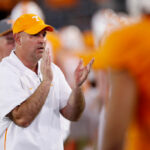 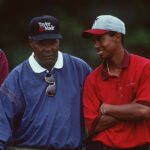