The Islamic Republic of Iran plans to execute a wrestler, the second in the past four months, and a U.S. State Department official has taken a strong stance against the decision.

“The Iranian regime must be held to account for their vile human rights abuses and their attempt to cling to power through execution,” Ellie Cohanim, the State Department’s deputy special envoy to monitor and combat anti-Semitism, told Fox News.

“He is from Andimeshk in the province of Khuzestan, and was arrested in 2015 and charged with pre-meditated murder, supposedly committed during a group brawl,” Fox News reported. “It is unclear whether Iran’s regime forced Hosseini to confess to a crime he did not commit.”

Cameron Khansarinia, the policy director for the National Union for Democracy in Iran (NUFDI), a nonpartisan organization of Iranian-Americans, told Fox News: “While most athletes fear the further cancellation of sporting events due to the COVID-19 pandemic, athletes in Iran fear being murdered by the Islamic Republic. After murdering champion wrestler Navid Afkari, the criminal regime occupying Iran intends to put fellow wrestler Mehdi Ali Hosseini to death.”

While outrage from the U.S. State Department and other governing bodies is evident, it remains unclear if any action against Iran can or will be taken.

“Iran’s opaque judiciary and penal system repeatedly tortured Afkari into admitting a killing he did not carry out, according to human rights organizations and Western governments,” Fox reported.

Miriam Memarsadeghi, an Iranian-American expert on human rights in the Islamic Republic and a leading proponent for a democratic Iran, told the Post: “Khamenei is ramping up executions, foreign kidnappings and assassinations, taking of foreign hostages and torture in the dungeon to try and repress his way out of the mounting failures and crises inherent to his ideological regime.”“He is testing the will of the Free World,” she said. “The [US’s incoming Joe] Biden administration and Europe will do him a big favor if they go back to the Iran [nuclear] deal and business as usual.” 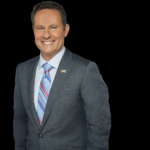