Chiefs-Bills will likely take place Monday, Oct. 19 at 4:30 p.m. ET on FOX, according to Jay Glazer.

The high-profile AFC showdown was originally scheduled for Thursday, Oct. 15; however, the NFL said as long as the Bills-Titans play Tuesday, the game would be moved. Barring more negative tests, Buffalo vs. Tennessee is expected to happen on Tuesday.

If all goes as planned, Chiefs-Bills will lead into the Cowboys-Cardinals game. ESPN’s Monday Night Football matchup begins at 8:15 p.m. ET.

Last week, the re-scheduled Chiefs-Patriots game aired at 7 p.m. on a Monday, overlapping with the start of the later Packers-Falcons game.

Check back to Outkick for more updates. 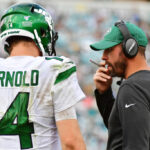 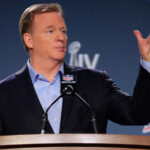