The University of Iowa president Bruce Harreld and athletic director Gary Barta wrote an open letter today in which they explained that four sports — men’s gymnastics, men’s and women’s swimming and diving, and men’s tennis — will be discontinued after this school year. The letter explained that the Big Ten’s postponement of the fall sports season would cause a $100 million revenue shortfall and a total deficit of between $60 and $75 million.

Unfortunately, this is going to be a similar if not worse story across the country. Football and men’s basketball drive much of the revenue at big schools that is then dispersed to pay for scholarships and coaches in the programs’ other sports.

Perhaps some sports cancellations can be curtailed if other conferences do something like the Pac-12 and offer loans that are payable over a decade so that the costs of this lost season can be curtailed, but I’ve got a bad feeling there are going to be a lot more stories over the coming weeks like what we’re seeing out of Iowa. 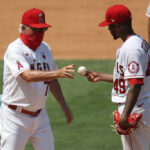 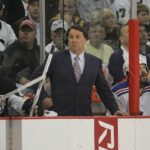