Poor Spencer Rattler. He made a nice chunk of money off the new NCAA Name, Image, Likeness rule, but here we are on October 20 with the Oklahoma Sooners 6-0 and the now-backup quarterback has officially removed ‘OU’ from his Instagram bio.

I know what you’re thinking and want to scream at me: “Holy s–t, who cares!?!”

Well, Sooners’ head coach Lincoln Riley might care because, at this moment, it’s very possible he has a disgruntled quarterback on his roster who might be needed down the stretch and there’s a transfer portal waiting for disgruntled college football players. 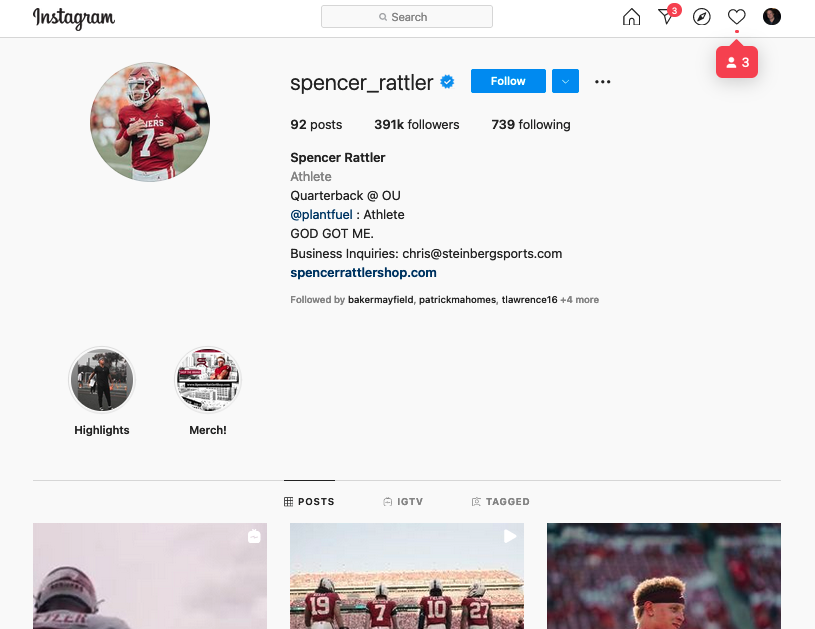 Rattler was booed by Sooners fans during a game against West Virginia, benched in favor of freshman Caleb Williams during the Texas game, and then had to watch as Williams became a national headline for his performance against TCU.

And there doesn’t seem to be much love lost between the two of these guys. Again, I know this will seem incredibly dumb to people over 50, but it has to be said: Rattler and Williams aren’t Instagram buddies.

Spencer Rattler’s time in Norman, OK could be down to hours, not months.

Now, which school out there has a booster that’s willing to back up the Brinks for Rattler’s reclamation project? Ole Miss with Lane Kiffin?

Spencer Rattler's transfer portal recruitment is about to be fascinating