This Saturday night, the UFC will return to Sin City where an action-packed card is ready to rock your world. The heavyweight title is on the line and below we discuss why the oddsmakers have it all wrong as Daniel Cormier is poised to capture his second divisional crown.

OK, so this is a battle of champions as the light heavyweight king Daniel Cormier is climbing back up to his more natural weight to meet the reigning heavyweight champ Stipe Miocic. It’s a clash between two likable heavy hitters who, pardon the worn cliché, leave it all out on the mat every time they throw down.

Cormier has been trying to carve a niche of his own but the specter of Jon Jones looms no matter how high he flies. Now he gets a chance to do something Jones never has and that is rule the heavyweight division. At 39 years old, this could very well be Cormier’s last rodeo in the big boy division if he loses; however, he has shown no signs of wearing down. Meanwhile, the People’s Champion Stipe Miocic has endeared himself to the average Joe by being a throwback to another generation when a professional athlete also held a regular job in the offseason, as does the part-time firefighter. Miocic may not have an Olympic pedigree like his opponent, but he’s got brutal punching power that has put 14 of his MMA opponents to sleep in the blink of an eye.

After a quick spin over to Sportsbook Review, the sports betting bible for both the recreational and professional gambler, we see the best online sportsbooks in the world offering Miocic as a -235 favorite with a return of +195 on Cormier. The odds differ somewhat depending on where you shop but getting an almost 2-1 return on a fighter like Cormier is just too good to pass up. Just look at what he did to headhunter Volkan Oezdemir in his last fight. He turned the Switzerland native into a Swiss Miss by the time the fight was over.

Cormier has an uncanny ability to deflect blows from much taller opponents by keeping his hands loose and forward instead of using a traditional boxing stance where the hands are held tightly near the head. It’s exactly what he did against Oezdemir, a devastating puncher like Miocic, until he was able to get the fight to the floor where the former Olympic wrestler lives and breathes.

We see this fight playing out very much like that with Cormier parrying Miocic’s punches and keeping him at bay until he ultimately gets a takedown. Now let’s understand that Miocic was also an NCAA DI wrestler, so he is more adept at the ground game than Cormier’s last power punching opponent but it won’t be enough to get him out of the weeds when DC goes to the ground-and-pound.

Should the champ defeat Cormier, expect a possible rematch between Miocic and Francis “The Predator” Ngannou in which the champion held onto his title via unanimous decision back in January. Ngannou will have to earn that title shot as he is also on the UFC 226 slate battling knockout artist Derrick Lewis. But that said, do yourself a favor and bury your bookmaker this Saturday night and watch Cormier become a two-division UFC champ.

Featherweight Champ Holloway Down for the Count

There was supposed to be a second title fight at UFC 226, but just like that news broke three days before the scheduled event that featherweight king Max Holloway would not be defending his title against Brian Ortega. Once again, Holloway is unable to battle and this makes three consecutive matches where Holloway has turned up lame. Fighters bailing due to injuries, failed drug tests, or whatever rumor you believe have become alarmingly routine and it is perhaps the biggest problem plaguing Dana White’s brand and causing casual MMA fans from becoming rabid consumers.

This time around the story is that Holloway has been experiencing concussion-like symptoms and it comes after he opted out due to a leg injury in a scheduled title defense against Frankie Edgar at UFC 222. Holloway was again on the trainer’s table just a day before his scheduled lightweight scrap with Khabib Nurmagomedov due to complications from weight cutting. And now this.

It’s another huge blow to UFC pay-per-views and tickets already sold for the live event. Fans must now genuinely consider whether or not to invest their discretionary income into a show that ultimately may not feature the leading men and women they long to see. It should also be noted that the recent wave of CTE cases hammering the NFL from players of another era has resonated throughout all professional sports, causing the overlords of those concerns to take an overly cautious approach in the way they handle their talent.

There is no doubt that all concerned are devastated by Holloway’s absence, including Max himself, but it’s an industry-wide problem that doesn’t seem to have any easy solution. The question is if Holloway has just had a series of unfortunate events or whether his body no longer equipped to handle the rigors of the most violent profession in sports. His potential appearance at UFC 227 against Ortega, as has been rumored (Holloway’s health permitting), may go a long way towards answering that question. 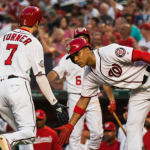 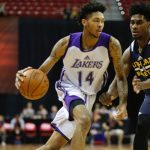