Jake Burton, a rising senior offensive tackle for UCLA, announced his intention to enter the transfer portal and play this Fall today: 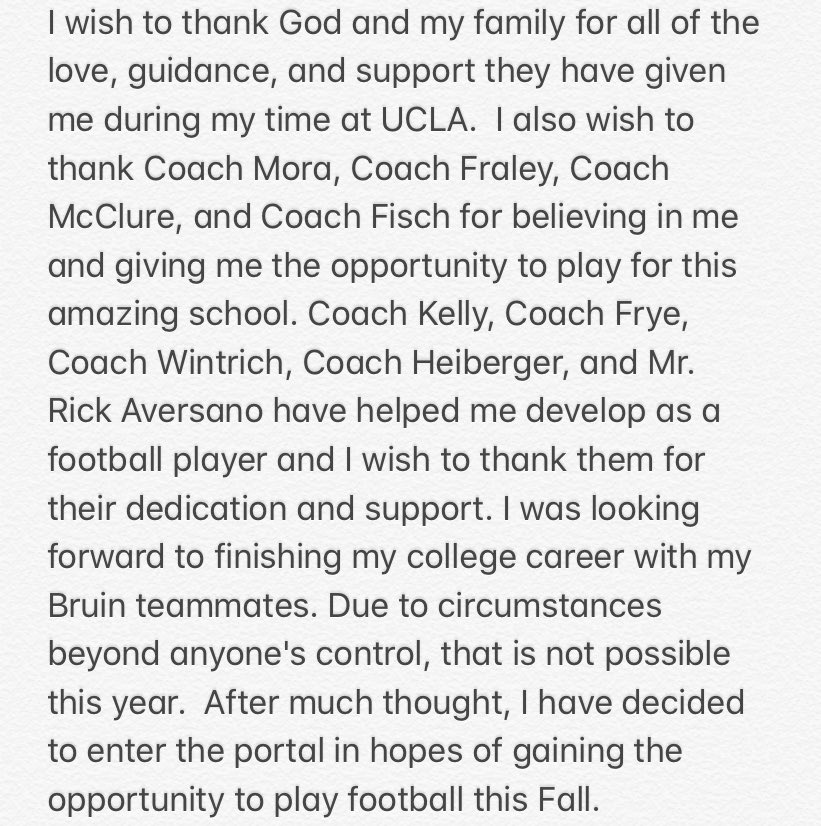 This is interesting because it’s at least the first case I’ve seen of a Big Ten or Pac-12 football player seeking to do this since those conferences canceled their seasons.

Arizona State athletic director Ray Anderson addressed this idea a couple weeks ago, saying (via SI), “To the extent that others think there is an opportunity to essentially come recruit our players, then we would say, ‘Hey, have at it.’ We’re not going to change what is important to us.”

The NCAA would have to grant waivers for players to be immediately eligible. What they decide to do in Burton’s case and others like it will be pretty interesting to observe.

Ready to get to work #Sicem #BUiltDifferent pic.twitter.com/NCxMUUcT2V