Heavy weight superstar Tyson Fury talks plenty trash, but his statement this week on Antony Joshua caught some attention. He asked in an interview with Behind The Gloves why Joshua would bother making 10% of what he could make fighting the Gypsy King? Fair point, but it isn’t crazy to think Anthony Joshua wants an appetizer before a fight with arguably the game’s best.

Part of a boxer’s job is to be a promoter outside the ring and that’s all this is. Fury mopped the floor with Deontay Wilder by TKO, so it makes sense that he talks trash to anybody. Bulking up to 256 1/2 lbs turned him into the game’s most physically taxing rounds of boxing on earth. He’s afraid of no one and his 30-0 record with one draw and 21 knock outs proves why.

Anthony Joshua will continue coming out of Fury’s mouth until he agrees to the super fight. Tyson admits that there’s nothing wrong with thinking like a business man and accepting the toughest fights.

“We’re not in boxing to fight unknown guys. May the best man win. Let the games begin. It’s a boxing match. What’s the worst that can happen? You can lose,” Fury said.

Again, Tyson Fury doesn’t care about Anthony Joshua’s potentially vacated belt. Fury knows the fights Joshua lines up before him with Aleksandr Usyk won’t accomplish his personal goal. He’s challenging Joshua to look like he doesn’t care about fighting the best or the payday to bully him into this fight. 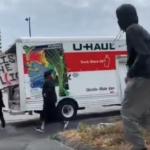 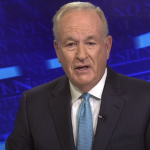