Ty Lue has officially agreed to a five-year deal to be the head coach of the Los Angeles Clippers. The announcement comes just weeks after Doc Rivers was let go, and many NBA heads are praising the signing.

ESPN story on the Clippers finalizing a five-year deal to hire Ty Lue as the franchise’s new head coach: https://t.co/RyFqCxZPgO

Former Celtic and 2008 NBA champion Kendrick Perkins tweeted earlier this morning that the Clippers should make this move.

Lue is known as a player’s coach, a reputation that grew after dealing with a LeBron/Kyrie locker room in Cleveland. His role now will be to bring out the best version of Kawhi Leonard and Paul George. If he can coach this duo up to their potential, most league executives believe the Clippers could be the best team in the NBA.

That’s much easier said than done, but Lue is likely the most qualified guy to mesh two stars on short notice. It’s worth noting that the Clippers committed to a five-year deal that the Lakers wouldn’t make just a year ago. Clippers finally got their man and should be a scary sight later this year. 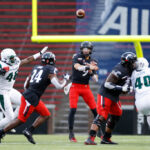 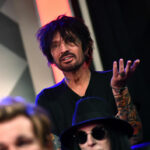