Since the NBA postponed Sunday’s game between the Miami Heat and Boston Celtics due to COVID-19, two more games have been nixed by the league.

The Dallas News reports that the Mavs could have played the game against the Pelicans Monday, as they would have had eight active players. However, they had at least four players in quarantine: Josh Richardson, Dorian Finney-Smith and Jalen Brunson and Maxi Kleber.

Tuesday’s Boston-Chicago game was nixed due to the Celtics’ ongoing COVID-19 tests that have the team short on players.

The league will meet with the NBA Players Association on Monday regarding these games as well as “about modifying the league’s Health and Safety Protocols.”

Twenty-five total players from 16 teams are included on the NBA’s injury report with the “health and safety protocols” designation, which means the player either has tested positive for the COVID-19 virus or has been in close contact with someone who has it.

Since the 2020-21 season started about three weeks ago, the league has postponed four games, with Dallas scheduled to return to the court on Wednesday against Charlotte, if all goes well.

NBA spokesman Mike Bass said in a statement to ESPN Sunday that “there are no plans to pause the season.” 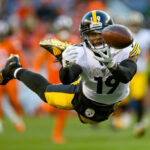 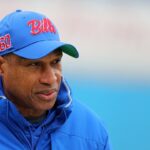