No one thinks Washington quarterback Dwayne Haskins is any good.

Dwayne Haskins, the 15th pick in the 2019 draft, is a certifiable bust.

Why did he spend all day trending on social media? Why did Twitter turn Haskins’ inevitable benching into an alleged example of NFL systemic racism?

The hashtag #BlackQBs was a top trend in the hours after NFL insiders reported Haskins’ demotion to third team.

Social media is the devil’s primary tool of racial polarization and division. Twitter is the sworn enemy of truth and the perverter of facts, context and nuance. It’s David Copperfield, the master of illusion.

Look before you. Here is Dwayne Haskins Jr. He stands 6-foot-4, weighs 220 pounds. The Washington Football Team selected Haskins in the first round primarily because the son of team owner Daniel Snyder went to the same high school as Haskins, and Snyder is enamored with the idea of having a black quarterback lead the football franchise based in our predominantly black nation’s capital.

The Washington Redskins were the first NFL team to win a Super Bowl with a black quarterback, Doug Williams. Since Williams won the Super Bowl 32 years ago, six black quarterbacks have been the starter in Washington — Tony Banks, Jason Campbell, Donovan McNabb, Robert Griffin, Josh Johnson and Dwayne Haskins.

Daniel Snyder bought the franchise in May of 1999. He was the owner of the team when Banks, Campbell, McNabb, Griffin, Johnson and Haskins led the organization.

Only the magic of Twitter could turn Haskins’ failure in Washington into the illusion of racial injustice.

It’s the same magic trick that justifies the mainstream media pretending that there is a nationwide pandemic of rogue cops indiscriminately killing black men. Yeah, you can cite a handful of examples. No different from pointing to O.J. Simpson, Rae Carruth and Greg Hardy and arguing that they’re proof of how black football players treat women.

But allegeding a systemic pattern of abuse? That’s Twitter manipulating the mainstream media, who in turn gaslight the public and promote racial warfare.

Dwayne Haskins was a terrible draft pick destined to fail quickly in the NFL. His college coach, Urban Meyer, publicly questioned Haskins’ level of maturity when he declared early for the draft. Doug Williams, now Washington’s VP of player development, has publicly questioned Haskins’ level of commitment to the work necessary to succeed in the NFL.

A white man (Snyder), a brown man (Rivera) and a black man (Williams) who all seem to have an affinity for black quarterbacks walk into a football facility to evaluate the performance of a 23-year-old black quarterback. You would think the social justice warriors would consider this evaluation process Utopian.

Instead, it’s racist. It’s an example of the rampant discrimination football fosters.

You can’t win with this crowd. They’re not interested in the truth or unity. Their goal is separation, disharmony and racial animus. It’s Twitter’s greatest magic trick.

The people fighting to end racism are the primary promoters of racism.

Tuesday, NBA owner Mark Cuban engaged in a nasty Twitter exchange with Texas Senator Ted Cruz, who criticized the NBA for its over-the-top embrace of Black Lives Matter. Cuban responded with a tweet saying his league desires to end racism.

The social justice crowd wants to end racism by calling everyone they disagree with racist. Name-calling doesn’t work. Neither do slogans and hashtags.

What works is what the Washington Football Team has been doing since at least 1988. They choose leaders based on qualifications and potential, regardless of color. They give people the chance to succeed or fail based on their effort, performance and ability to lead.

Teams will tolerate mediocre performance from their young, high draft picks as long as the effort and leadership are strong. That’s why Sam Darnold and Daniel Jones remain the starting quarterbacks in New York.

Haskins failed for the same reason Josh Rosen bombed in Arizona and Miami. The intangibles compromised their performance.

Football deals with the complexities of race far more effectively and fairly than the Black Lives Matter, race-obsessed clowns who spend all day tweeting about equality they pray never comes. 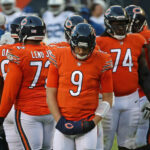 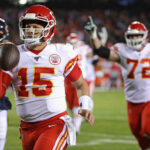