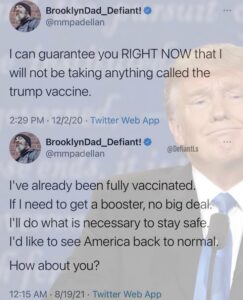 So how exactly is that a Twitter violation? According to Twitter, Defiant L’s violated a “ban evasion.”

“Hey Twitter, so about an hour ago my account @DefiantLs was suspended,” the account’s users posted in a screenshot via The Post Millennial. “The word currently is ‘ban evasion’ though I’ve never had an account suspended so I’ve never had a ban to evade. Regardless, I’ve appealed the suspension and will keep everyone updated. Until then, I can be found at Instagram @defiant.ls and also on GETTR at @defiantls ha. Thanks for all the support and kind words. I hope to chat with you all again soon. Have a drink and keeping honking <3 DefiantLs.”Absurd.From earlier today, here is the last tweet Defiant L’s posted: 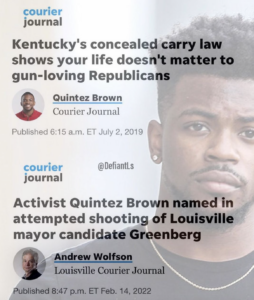 At the time of its suspension, the account had amassed over 350,000 followers. #FreeDefiantLs.