I’m taking a break from Monday Night Football to point out a major issue that exists in media today — the often nonexistent difference between a content company, aka a publisher, and a platform company, aka a non-publisher.

Many of you may not think very much about the difference between a publisher and a platform, but what has happened to Outkick tonight is a perfect window into why that distinction is important and how it can often be artificial.

Earlier today Jason Whitlock wrote a column about Katie Nolan. It built upon a column he wrote about Maria Taylor on Sunday. I’d encourage you to go read both of those columns before you read any further here.

Put simply, the purpose of any Outkick column — a column is different than a news article — is to share an opinion. It’s an opinion you may or not may agree with, but every day Outkick shares hundreds of opinions, on the radio, on the TV, on social media sites, on this website. We are a content company that is built on opinions.

I own Outkick, but I don’t agree with every opinion on this site. That would be impossible. The only person any one person should agree with completely in this country is yourself. (And even then you should have some doubts.) We are, put simply, a media content company.

That means we can be sued for editorial malfeasance. It means if we defame anyone, we are subject to legal consequences for our actions. We choose, collectively, which stories go up on the site every day and share them with our audience. With that decision comes responsibility under the law.

That’s how content companies work. Be they newspapers, TV networks or (most) websites.

But Twitter claims it is is different. Twitter claims to be a platform, not a content company. They only share the opinions of others, they argue not their own opinions. Therefore, Twitter argues, they aren’t responsible for the opinions other people publish on their platform. So long as they are a platform, Twitter, unlike Outkick, bears no legal liability for what is posted on its site.

But Twitter’s not always telling the truth when they claim they are just a platform, in fact they act in many ways that a publisher would on a regular basis.

Witness what happened tonight to Outkick and Jason Whitlock. Twitter chose to make Jason Whitlock trend on their platform and, significantly, they didn’t just do that, they made an editorial decision about why Whitlock was trending.

Twitter claims that they don’t pick sides, but this is wild: their editorial staff is directly labeling @WhitlockJason’s column today sexist and choosing to trend that claim right now on their platform. Love an explanation here @Twitter. pic.twitter.com/p9DJ5tUCct

It’s important to note exactly what’s happening here, Twitter is choosing a subject to trend and making a values judgment about why that subject is trending. That’s the very essence of being a publisher. They are publishing their own opinion.

(Someone at) Twitter is saying, “Jason Whitlock opens himself up to criticism after making sexist comments about ESPN hosts.”

I added the bold language because it’s important for all of you to see.

Look at what’s going on here, Twitter is directly deciding what to trend and then making a values judgment about what was said. They are sharing their opinions. You (hopefully) read the columns. Did Whitlock treat anyone in those columns any different than he has countless men, athletes or media figures, he has ripped for decades? In my opinion, of course not.

But maybe you disagree.

You are entitled to publish your opinion on your website or your social media feeds and be responsible for what you say. And if you do that, you’re being held to a different standard than the platform you write on because you are the content creator. Twitter’s distributing your content to the masses and claiming they aren’t responsible for it, all while monetizing their entire business on opinions. The more people who have opinions all day long, the more money the content platforms make. (Which is why they’re all created to seduce us into caring so much about likes and retweets and attention).

But here’s the deal, Twitter isn’t behaving as a content neutral company in any way when some anonymous person we don’t know who works at Twitter is labeling Whitlock’s opinions sexist. They are directly making a determination about content that they deem objectionable and then featuring it prominently on their website. All in an effort to try and punish the person who has stepped outside the bounds of what they deem to be an acceptable opinion.

Twitter is directly impacting the marketplace of ideas in this country while claiming they aren’t involved at all. They are pretending to be content neutral when in reality they are making a calculated and direct decision to be engaged in editorial content. They are picking sides and claiming to be neutral.

Why does that matter?

Because if you are in the editorial business, you are subject to lawsuits for those opinions you share. If you’re a platform, you aren’t.

So who at Twitter decided Jason Whitlock’s comments were “sexist?” We have no idea. If I had to guess, it was probably someone working in Twitter’s trending topics division but that’s only a guess. In reality, who is that person or persons? What are their biases? Why did they try to slide in their opinion on this topic and hope no one would notice? Why did they decide to make this a trending topic? And most importantly how can Twitter claim to be an unbiased content platform when they make clear editorial decisions such as these?

Those are all fascinating questions.

Which I’m sure Jason Whitlock will be interested in discussing on Thursday of this week.

When he testifies in front of Congress about content discrimination from tech companies.

Thank you, thank you, Twitter. You honestly couldn’t have served up a more perfect example of content discrimination than what you did tonight. It should make for some fascinating Congressional testimony come Thursday.

Enjoy the subpoenas that will be rolling in after Whitlock testifies, Twitter.

And in the meantime, stop pretending that you aren’t in the editorial business when you clearly are. 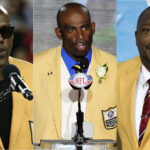 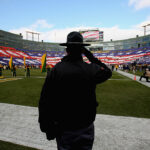