I asked and once again Screencaps readers stepped forward. It was a simple message Wednesday morning: If you want to have Gauntlet leagues, we need leaders to step up and be willing to run the leagues. And because Screencaps readers are leaders at their jobs and in life, I now have a massive list of Captains ready to roll.

Now I can start funneling the Participants. I was able to fill one league Wednesday afternoon and should be able to get another three filled today.

Reminder: If you want to play in a Gauntlet league, email me and indicate ‘Participant’ or ‘Captain.’ I will funnel accordingly.

Those of you who’ve been in a coma can get caught up on this Gauntlet thing right here.

My war with the car insurance/adjuster saga rolls on

The latest update: I had to make numerous calls to an adjuster who wouldn’t pick up her phone followed by multiple calls to my own agent, who then started making calls, and I sent an email that finally got a reaction. Keep in mind, the neighbor’s sister (whose husband is an attorney and couldn’t have been more difficult to deal with) hit our parked car on August 7 and I just made contact with an adjuster.

You hit the nail on the head. Auto insurance claims adjusters are the lowest on the totem pole. I’ve never seen it this bad in 18 years and the turnover is unreal. Usually, an adjuster might have 20 claims at a time… I had one earlier this year say he had 64 active claims. What company are you dealing with?  I ask because honestly some are shit. You always have the option of going through your insurance and waiting to be reimbursed your deductible through subrogation.  9 days is way too long to have an initial conversation.

The adjuster probably hasn’t been able to reach the girl that ran into your car. They need a statement from her before they reach out to you. My guess is she has several accidents and this claim will go against her insurance and raise her rates dramatically. You can always turn it in to your own insurance. The problem is that if it’s a small claim they may not subrogate with the other company and then that claim goes against you. Might be worth having a conversation with your agent…..

Kinsey: Between lumber prices, used car prices, the price of boneless-skinless chicken breasts, cellphones, insurance adjusters who refuse to answer their phones, it’s one helluva time to be alive.

I might have the OutKick developer team of Will Mac & Ryan F. look into this one

Kinsey: I know Will Mac is a big Screencaps guy so he’ll see this in approximately 10 minutes after Screencaps goes live. I’ll await his reaction.

I may have missed it so no worries on deleting but last week there was advice for parents of college bound kids. A lot of good stuff and I will borrow some for my Sophomore that I should have done last year (‘Son, call home to your Mom this Fall every Sunday night once the NFL RedZone Touchdown montage ends.’)

Tip I received was make sure you as parents have a HIPAA release form completed as student is likely 18 and you don’t want to get stuck haggling with a hospital if they have any issues. Student is on our health insurance, so we need to be able to get involved quickly. Keep a copy (notarized was a tip to me but not sure if needed) AND have child fill out a similar form with their school student health center. Our school wanted student to come in instead of our form maybe to ensure student wanted it and not just parents pushing it.

Also, more sobering is a medical directive power of attorney. This may be an overly safe direction (any lawyers to help?) but someone advised us to have this as well. It may have variations by State (do I need one for home State and School State? Lawyers help?). A lot of ‘but my kid’s just a kid’ moments in this form but again don’t want to fight to be involved in the event something happens.

There is also a Family Educational Rights and Privacy Act (FERPA) that is a federal law giving parents the right to have access to child’s education records. Amazingly most parents pay a ton of tuition and then have to rely upon student to keep them up to date on grades. They are legally adults but it is a shift from high school for sure.  This one we decided to trust our Son on and ask but not pry on grades.

Keep up the good stuff-now back to studying Vegas win totals for the Gauntlet draft!

Hi Joe:
Not as impressive as you posted Wednesday. but as you drive around Ohio you’ll see many barns with a giant geometric display on them, aka “barn quilts”. I wanted to do our entire garage door as one, but with the current garage door design (the raised panels) I couldn’t.

So I used the raised panels to create a sashing effect, then I put in four matching “cardinal quilt” designs onto our garage door. So from the road, it looks like about a 4′ x 4′ barn quilt.

It was a gift to my wife for our 24th anniversary.  I thought of saving it for our 25h, but life can be fragile, so why wait?  I’ll think of something else for next year.

ps I have good neighbors. At a recent “neighbors night out”, all of them complimented the look. The only one to complain was one where the wife wants one too! 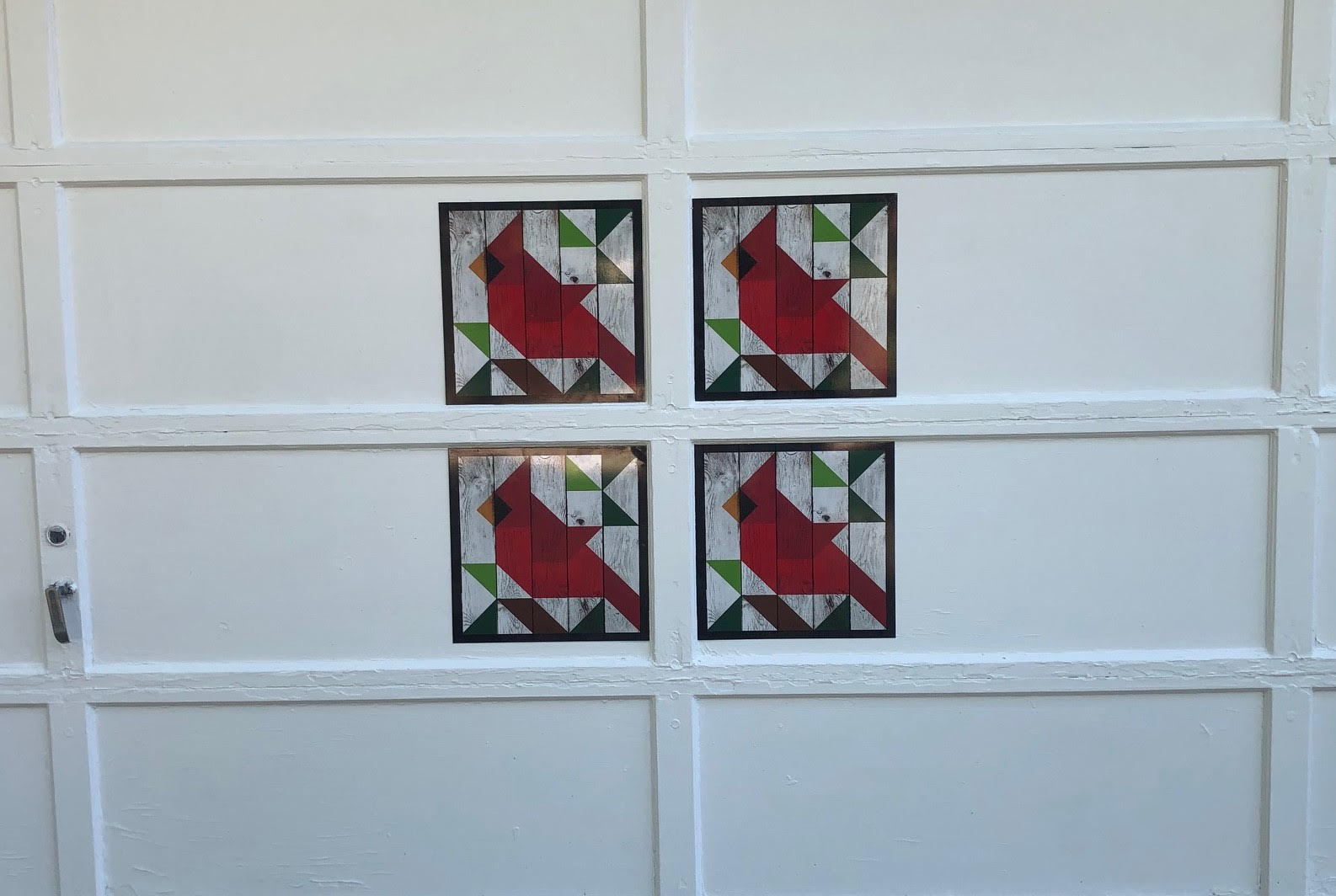 Quick hitters you guys might find interesting or not

There will also be a honey BBQ version. The pizzas are $10. 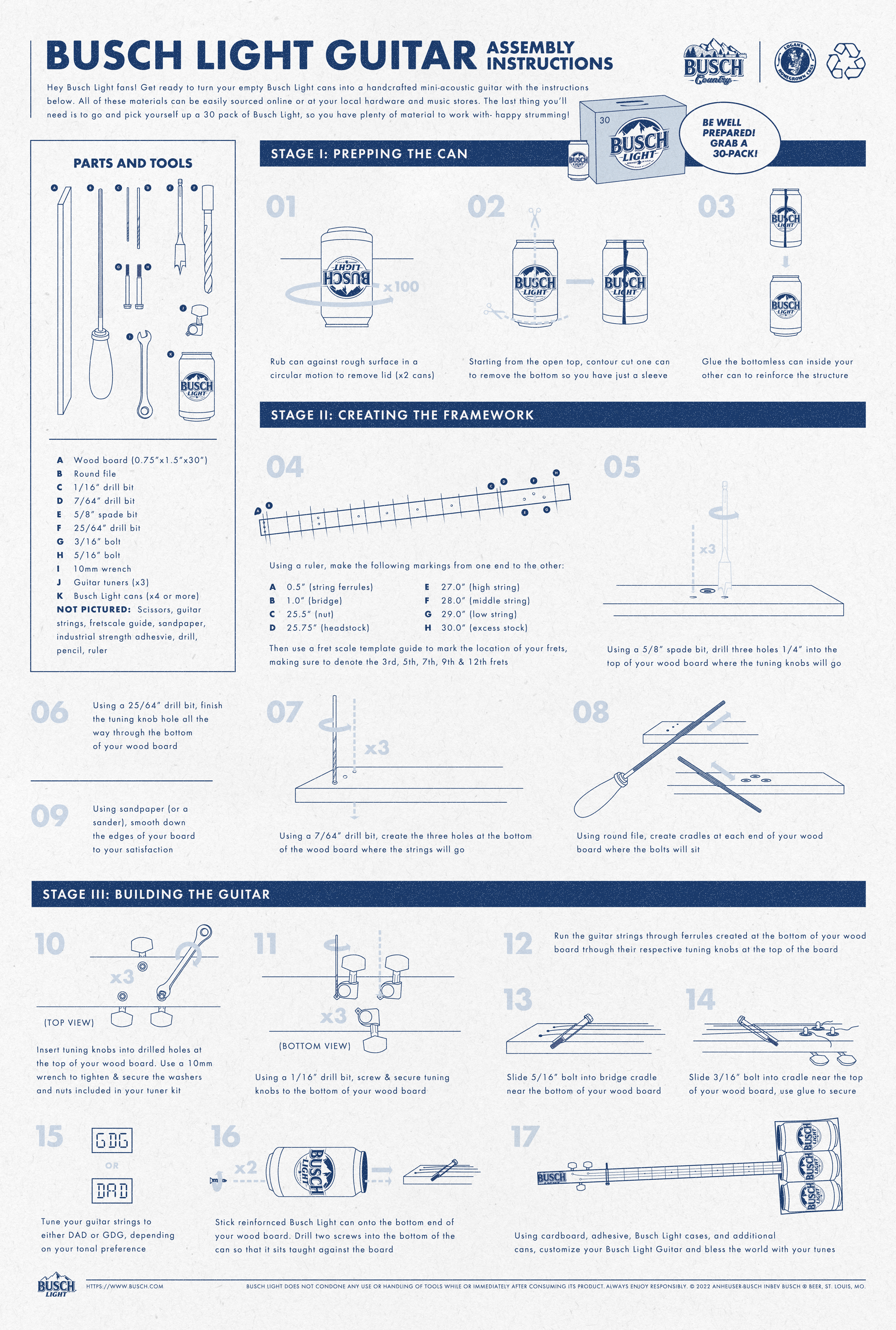 • You guys will get a laugh at this one. Arcade1Up, which has produced mini versions of arcade video games, is set to release retro NFL Blitz, but there’s a catch —  they took out the violence and late hits that made Blitz a must-play.

It’s unclear if the NFL made this a requirement before they’d do a licensing deal, but Arcade1Up says right on its website that the 2022 version has been cleaned up. 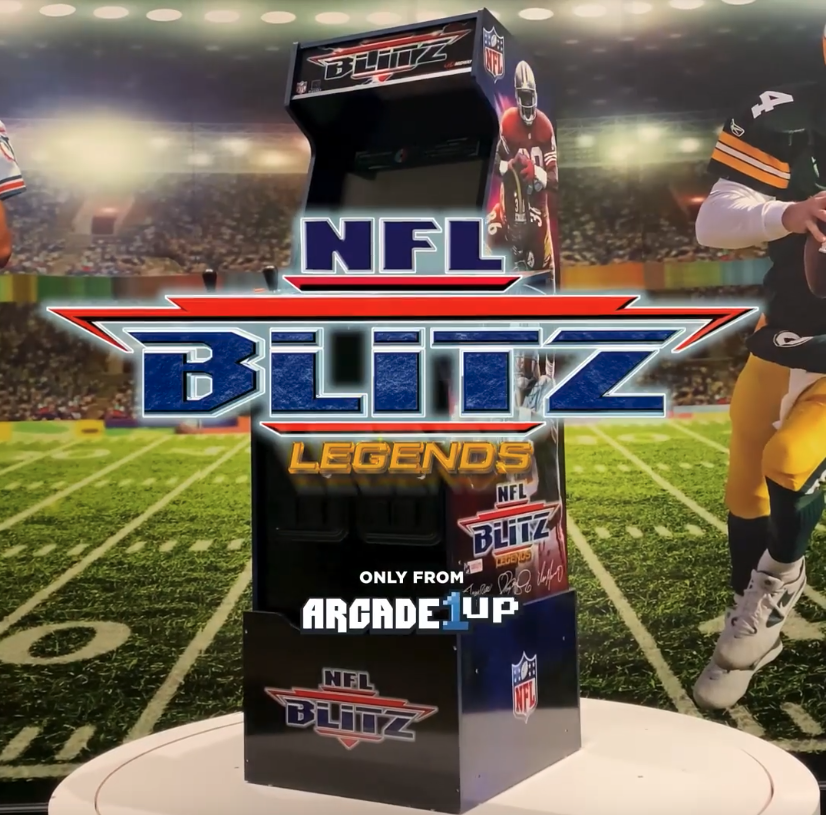 Let’s get rolling across this incredible country where fences are being opened for those from scumbag countries to roll in.

Keep humping it at the job. The sun is out. The birds are chirping. The kids will go back to school soon or they’re already back. It’s time to hunker down before football.

After his triple today, Shohei Ohtani of @Angels becomes the second MLB player to debut in 1920 or later to have 20+ career triples at the plate and 20+ career wins as a pitcher, joining Johnny Cooney.

How about that bread? pic.twitter.com/flZlitSsQv

There’s never been an athlete like Bo Jackson… pic.twitter.com/fCzuKmciOV

Painting the football field from a golf cart is life changing for AD’s and Football Coaches😁🦾 Thank you @steele_colten! @RiverdaleRaider pic.twitter.com/t5PuG7n8ua

AND AFTER TIGER WOODS HAD TO FLY IN FOR A SECRET MEETING TO SAVE THE PGA TOUR PATRICK REED SUED BRANDEL CHAMBLEE FOR 750 MILLION DOLLARS pic.twitter.com/I5HINm9Aju

Have you ever seen a man jump out of a plane from 25,000 feet with no parachute and then land in a massive net on Earth?

This is going to start getting awkward soon pic.twitter.com/8BdgJg3rCF

The tourists are getting rambunctious pic.twitter.com/rnWFeA1HiF

Today's waterspout/tornado from another angle. Much closer view as it moves onshore. Man, that guy walked away just in time!! 📸 Raymond Crumrine pic.twitter.com/GjXtsdJJk9

If this doesn’t make @JoeKinseyexp ScreenCaps @Outkick column… I’m not sure what we’re doing with that fine column. This photo was taken years ago to give Joe free content! https://t.co/Ey9WTpmlsn

Bears in Colorado are working on their winter bodies 🐻

As bears start to prepare for hibernation and hunt for food, you may see more bear activity in urban areas. pic.twitter.com/XVHCeu7amx

Oasis, an AG K-9, alerted to a passenger’s checked bag as they were returning from Romania. An inspection revealed their baggage contained 56 raw eggs, & Romania currently has special requirements on poultry products due to Newcastle disease and Highly Pathogenic Avian Influenza. pic.twitter.com/kwUaMspLZC

.@CBP officers at the Port of Nogales AZ seized a vehicle containing:

Over 250,000 fentanyl pills (some of which were different colors, similar to the appearance of candy)
11 LBS heroin
10 LBS meth

Officers made sure these dangerous narcotics won't make it to U.S. cities! pic.twitter.com/wzf9D0BYEB

Let’s see how quickly this sandwich can get political. pic.twitter.com/qAr5fQ19aq