Miami Dolphins head coach sat Tua Tagovailoa for veteran quarterback Ryan Fitzpatrick in the fourth quarter of tonight’s game against the Oakland Raiders. Flores made a similar move in benching Tagovailoa for Fitzpatrick during the Dolphins’ Week 11 loss to the Denver Broncos.

While Tagovailoa is the presumptive quarterback of the future for the Dolphins, they are right in the thick of the AFC playoff race and are in position to make it in if they win tonight and in Week 17 against the Bills.

Tagovailoa was 17/22 for 94 yards — just 4.3 yards per attempt — with a touchdown pass tonight before Fitzpatrick came in in relief. 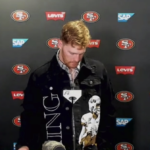 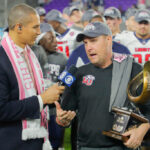