Masvidal shares with fans how Trump earned the Latino vote by keeping his promises to the Hispanic community. By contrast, Masvidal says Democrats have taken the Latino community for granted.

Masvidal is a key voice in the Fighters Against Socialism coalition, which includes MMA community members who campaign for President Trump.

An athlete of Masvidal’s status supporting Trump is huge. Few athletes have been willing to vocalize their support for Trump or the Republican party. Like sports media members, professional athletes who lean right tend to keep it quiet.

According to Instapage, YouTube’s masthead reaches roughly 60 million people. In February, the Trump campaign bought it for October 20. 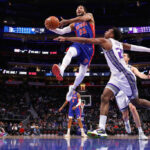 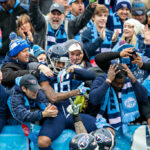