The National Women’s Soccer League is set to get some publicity now that Trinity Rodman, daughter of NBA Hall of Famer Dennis Rodman, has announced that she will enter the league’s draft.

The draft will take place on Wednesday at 7pm ET and will be streamed live exclusively on Twitch.

Trinity, a freshman forward at Washington State, has been crafting her skills on the soccer field for years, playing on a number of U.S. youth national teams.

Last March, Trinity scored eight goals and six assists for the team that won the 2020 CONCACAF Under-20 Women’s Championship.

⚽️🔥 What a goal! After a beautiful turn, Trinity Rodman puts in the back of the net and gives @USYNT 🇺🇸 a 6-0 lead over @sedofutbol 🇩🇴. | #CU20W pic.twitter.com/jGXaedeIBm

She was also one of the four youngest players on the Stars & Stripes team at the 2018 U-17 World Cup in Uruguay.

While Rodman will get a lot of exposure due to her last name, others who will draw attention include University of North Carolina midfielder/forward Brianna Pinto, Stanford’s Kiki Pickett and UNC defender Emily Fox.

The first pick belongs to Racing Louisville FC. They also have the fifth pick in the first round. Sky Blue FC has three of the first eight picks, including the third and fourth overall picks.

Trinity Rodman’s mother Michelle Moyer was married to Dennis Rodman from 2003 to 2012. The couple are also the parents of 19-year-old DJ Rodman, who plays college basketball for the Washington State Cougars. 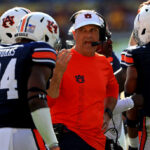 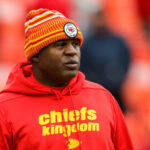