Tom Brady told Peter King last week during an interview previewing the 2020 season that the Tampa job was a great opportunity and Tom went on to say he’s “so happy with the decision” to leave New England after 20 seasons.

“I thought long and hard about making the decision,” Brady told King. “I put a lot of really careful thought into everything that I really valued. I probably listed 20 different things that were important. I had a weighted scale about what was not so important.

“When I added it up, Tampa seemed like it was a great opportunity. If I think back at the decision, I am so happy with the decision I made.”

One more time: Tom Brady really looked into his soul before deciding to change into a Florida Man. Are we clear?

Somehow the interview ended without King getting a single value off Tom’s values list. We didn’t even learn if warm weather was on the values list. There has to be one thing on there Tommy’s willing to let us in on. It could be something as innocent as taxes. It’s no surprise that athletes love Florida’s income tax laws. Give us something.

So now it’s up to another reporter to get Brady to reveal just one thing on that values list that led him to Tampa. Do your job, blue checkmarks.

Do you see cold weather games on this schedule?

C’mon Peter, ask him if he’s concerned with the lack of using his cold-weather skills. MetLife might be the coldest game of his season on November 11: 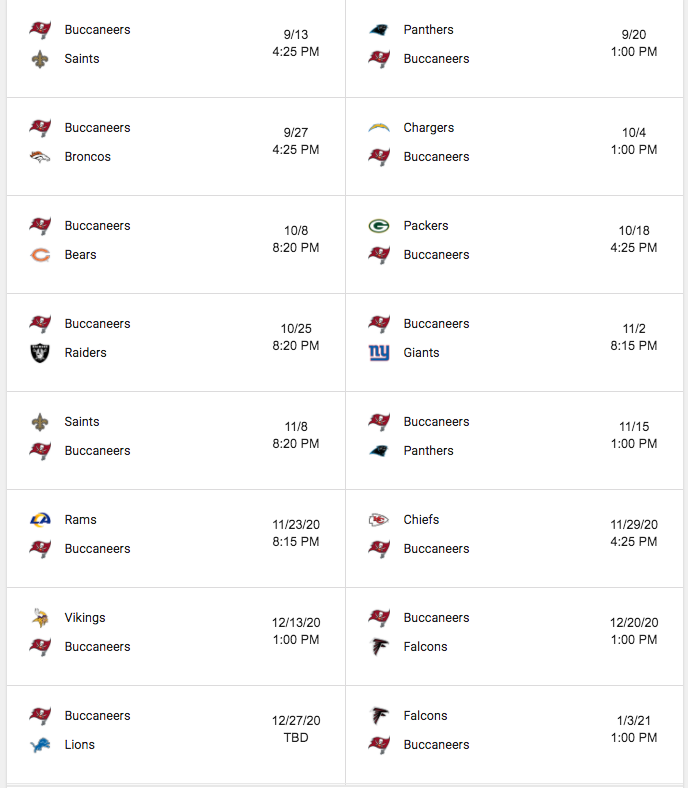