Jared Kushner and Ivanka Trump are getting new neighbors. According to Page Six, Tom Brady and Gisele Bündchen will build a house on Indian Creek Island in Miami, known as “billionaire’s bunker.”

For more than $17 million, Brady and Bündchen purchased 26 Indian Creek and plan to demolish the current house on the property and build their dream home in the “vein of the Architectural Digest-covered mansion in Brentwood, California sold to Dr. Dre.”

Since Brady left the Patriots, the super duo has rented Derek Jeter’s mansion in Tampa. It’s always nice to see a husband and wife upgrade. 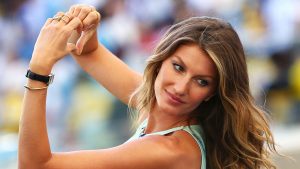 Recently, Brady was seen at the property, sailing in on a 40-foot super-yacht. Again, this is the positive news we all need.