Did he or didn’t he? That will be the debate on social media at least until (or if) Tiger Woods addresses his choice of mask.

Tiger Woods shows up to the PGA Champion wearing what appears to be a thin blue line mask
pic.twitter.com/xfIsuTEhei

Let’s get a better look:

While Woods isn’t known to make political statements, the mob may not care. Just the thought of wearing something that looks like Blue Lives Matter — and this clearly does — is enough for them to turn on an individual.

Last month, James Harden wore a similar mask, which badly triggered both the sports media and Twitter. At the time, it wasn’t clear if they’d ever recover.

While some can speculate what he did or didn’t wear, we suspect it is this more generic covering available at SA Company. 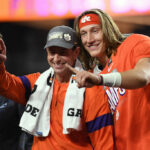 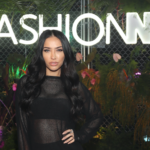