The first mow of September is in the books and that should’ve sent off some alarm bells in your head as we start to look more closely at sunset timing and how to adjust your schedule to be one of the last mowing teams standing as the playoffs begin.

This is where we really start to separate the contenders from the pretenders. The heat will settle down, the turf will grow again and the real pros of this league will start laying down insane stripes as the leaves are turning on their amazing properties.

I’ll receive emails from dads who run into youth soccer practice timing issues. There will be some who complain they’re at a time zone disadvantage.

Folks, this is why it’s the playoffs.

You adapt. The team adapts. The pit crew figures out what it’s going to take to keep the mower on the playing surface.

If you want to be in contention for season-ending awards, you need to decide right now what kind of sacrifices you’re willing to make.

Get your head right. It’s the playoffs.

Guys, I could’ve died this week during TNML. The mowing gods dropped this limb Wednesday afternoon. This is why we mow on Thursdays. You think the mowing gods are taking me out on league night? Absolutely not. This is why you make the sacrifices.

Pretty thankful this dropped last night instead of during league play. Still, I have an obstacle on the playing surface. pic.twitter.com/qsPmugDAq2

TNML is officially on the flight attendant radar 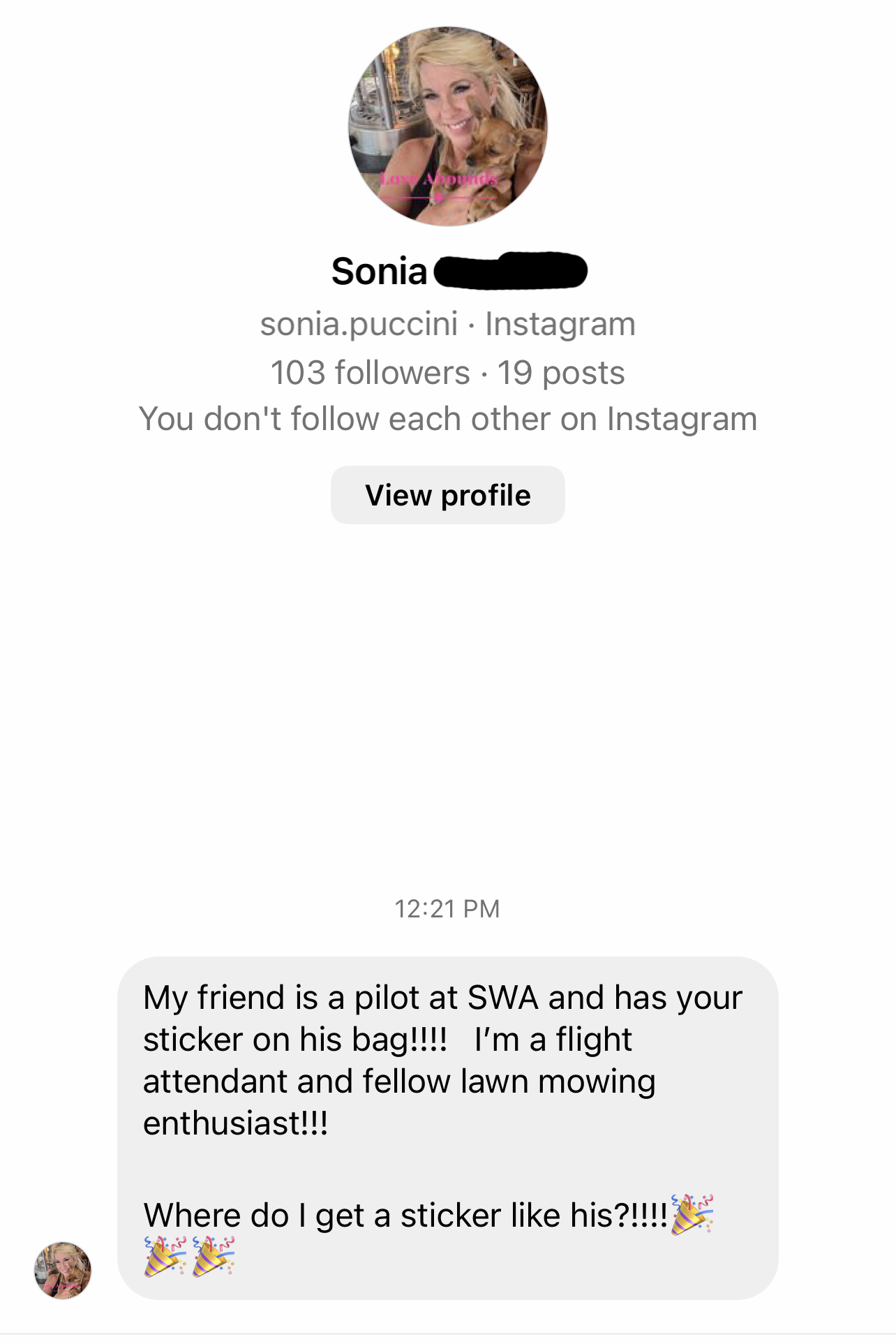 Need a ruling from the commissioner on this.  Living in Arizona and being on Pacific time until the country goes off of daylight savings time, some college games will start around four in the afternoon and the pro games will start shortly after five.  I like having a nice weekend lawn, but I also like football.  I propose allowing those of us out west to mow on Wednesdays to avoid doing a rushed, or shoddy job.  Your ruling?

Unrelated to that, it is rumored that Urban Meyer may be a possible for Herm Edward’s job at Arizona State or Scott Frost’s job at Nebraska.  Knowing you are an Ohio State fan I was wondering what your thoughts are on that subject.

My suggestion: You mow during halftime.

I don’t get the impression Cliff has too much grass in Arizona, so it shouldn’t be an issue during a half-hour halftime.

Folsom Field on June 20th following @deadandcompany concerts and today before @CUBuffsFootball season opener. Incredibly proud of the crew for getting us to this point without sod. #GoBuffs #Team1stClass #DominateDetails #AttitudeAndEffort #5Ps pic.twitter.com/koY7l4A5js

• Let’s get this week started with rookie Johnny R. firing on all cylinders right out of the gate. Look at this! 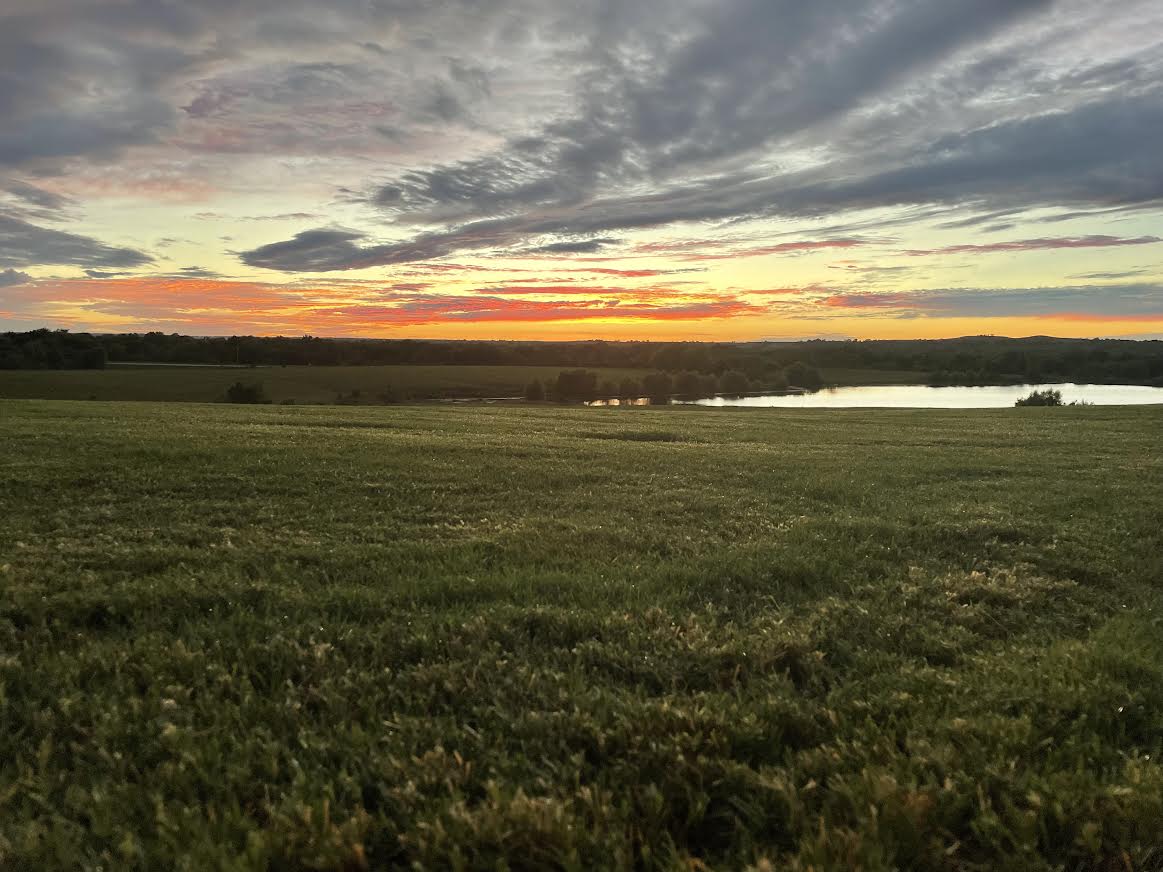 • Tim G. in NW Ohio had the perfect setting until his Boilermakers lost to Penn State. Tough way to start the year, but what a great evening living the patio life: 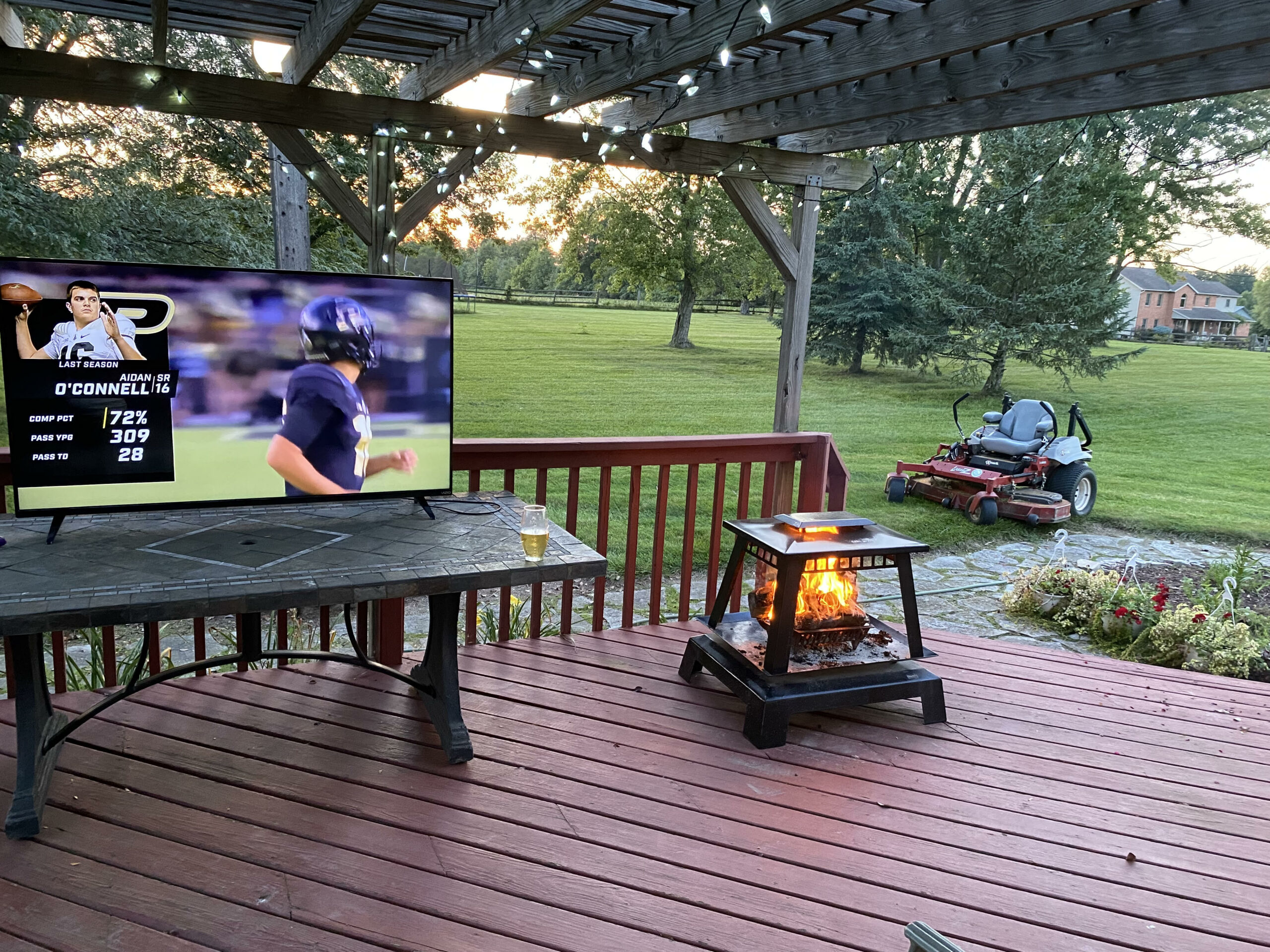 Rookie of the Year nominee Galen in Johnson City writes: "I mowed Thursday today because my Tennessee Vols open their ‘22 season tonight."

Reminder: As long as you mow on Thursday, you accumulate league points. Galen is fine. pic.twitter.com/XX4k68so4b

@OutKickTNML got it done with the storm rolling in. Was planning to test a Toro SR with quantum, but it needed some maintenance, so went with the old @craftsman with the @BriggsStratton quantum. pic.twitter.com/LRy0ACBZxP

The heat dome over the high desert West continues! Yesterday was another record heat day, 104! Thankfully we have irrigation water, as the Treasure Valley was once all farmland before it became a housing development!

Lawn is hanging in there, but cooler temperatures will certainly help before Old Man winter comes to town! 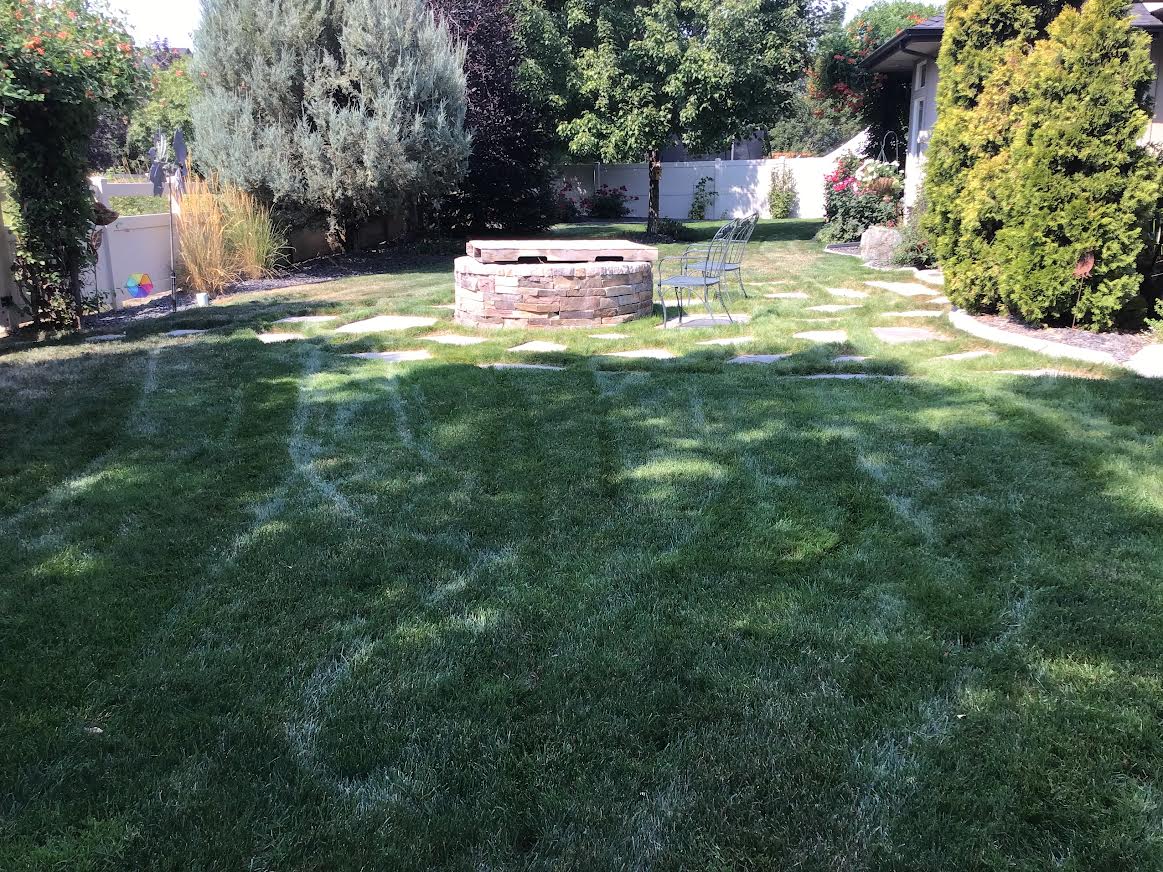 @OutKickTNML With back to back 90°F days in central MN, I nearly skipped league night until next week, but didn’t want to upset my 39 followers! It was a 2 beer mow tonight. Thanks again to @foundersbrewing and @Baseballism for the inspiration to keep these lines straight. #TNML pic.twitter.com/9006nTRPkc

Greetings from the Sahara aka Rhode Island.  First TNML mow in at least three weeks, and mainly just to lament and put down some dry stripes.  Not much more to say than that other than #nolaboronlaborday & #weneedrain… 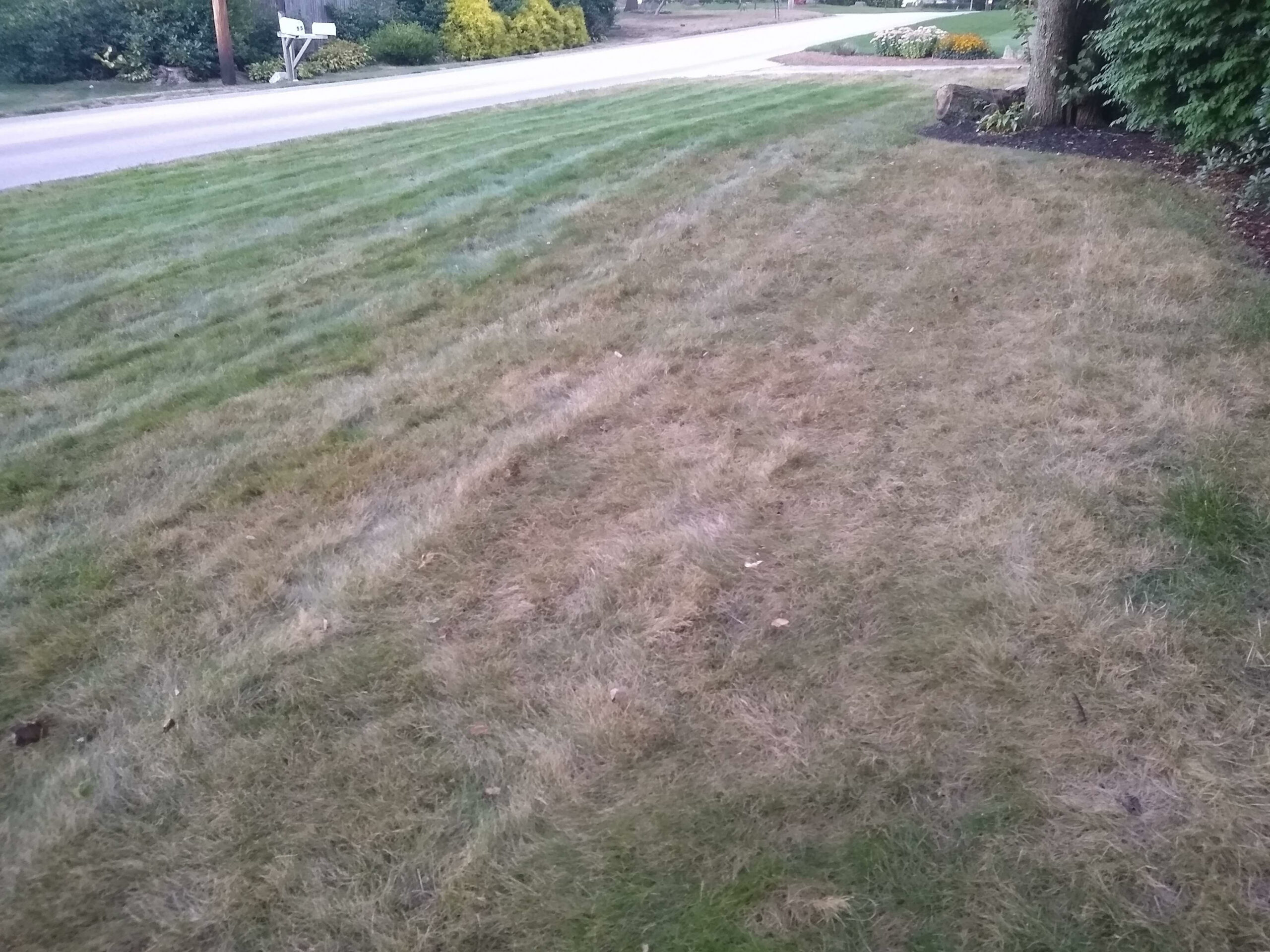 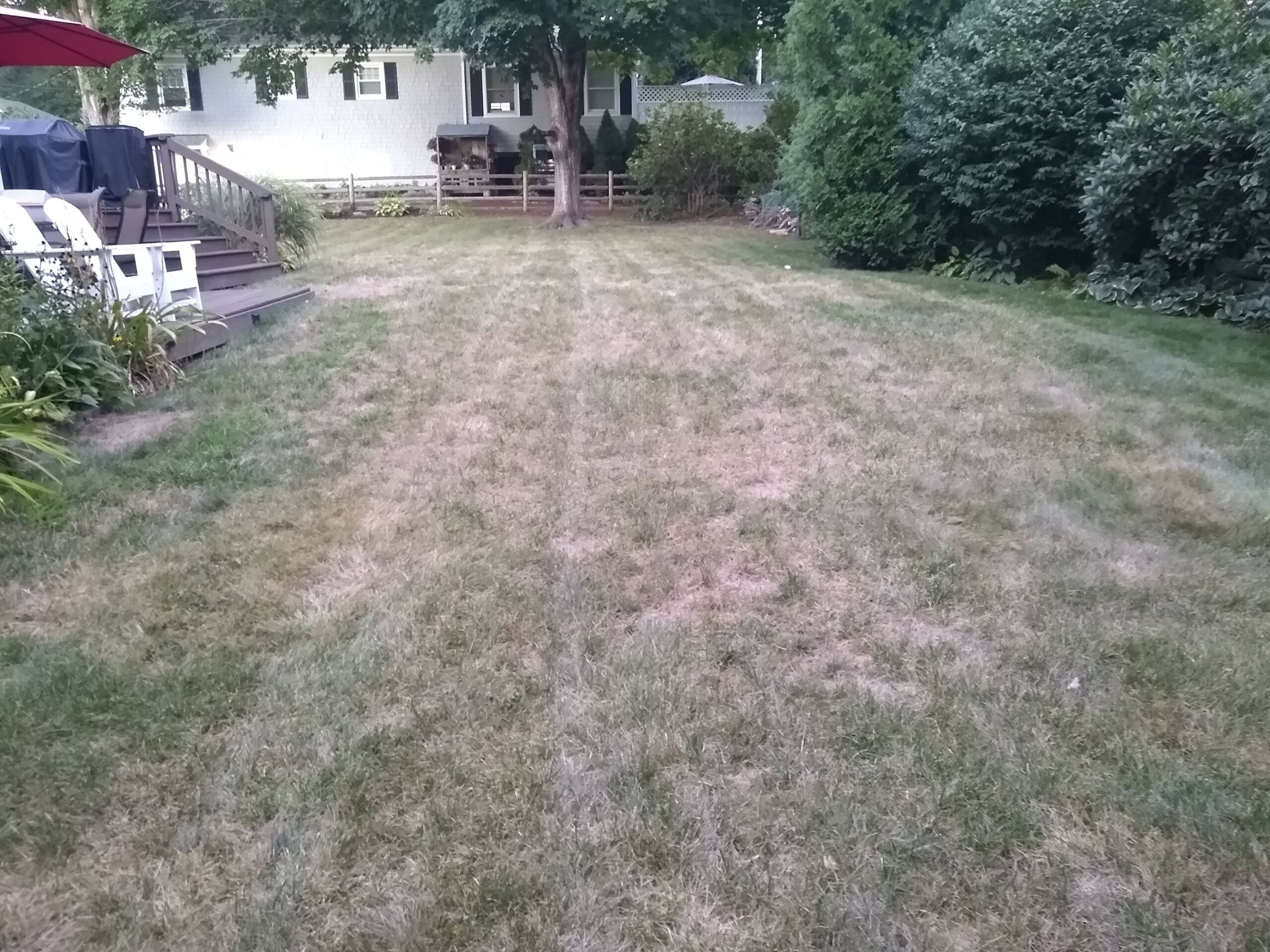 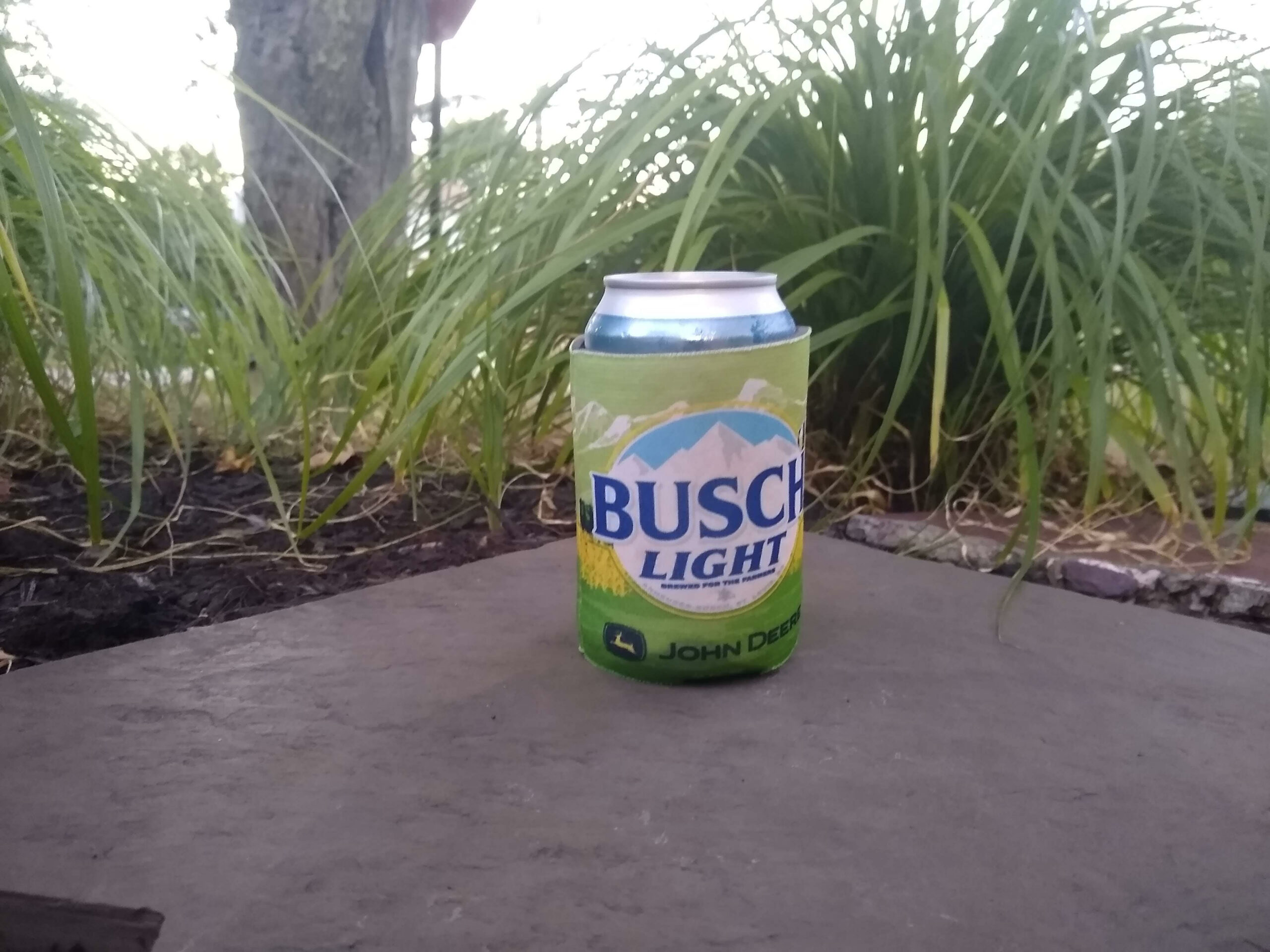 @henryhills_golf is ready after @OutKickTNML for #TheWinston tonight under the lights for the 59th Cruiser Cup event under the lights! @Jgreene_89 goes for the 3 peat in this yearly event. #Onehotnight pic.twitter.com/Ree59LhfSk

Commish, first submission of the year are some Labor Day lines. Thanks to my sponsors Toro and Coors Light. Hope the league gets to enjoy some patio beers this weekend, which is exactly what I’m doing right now. 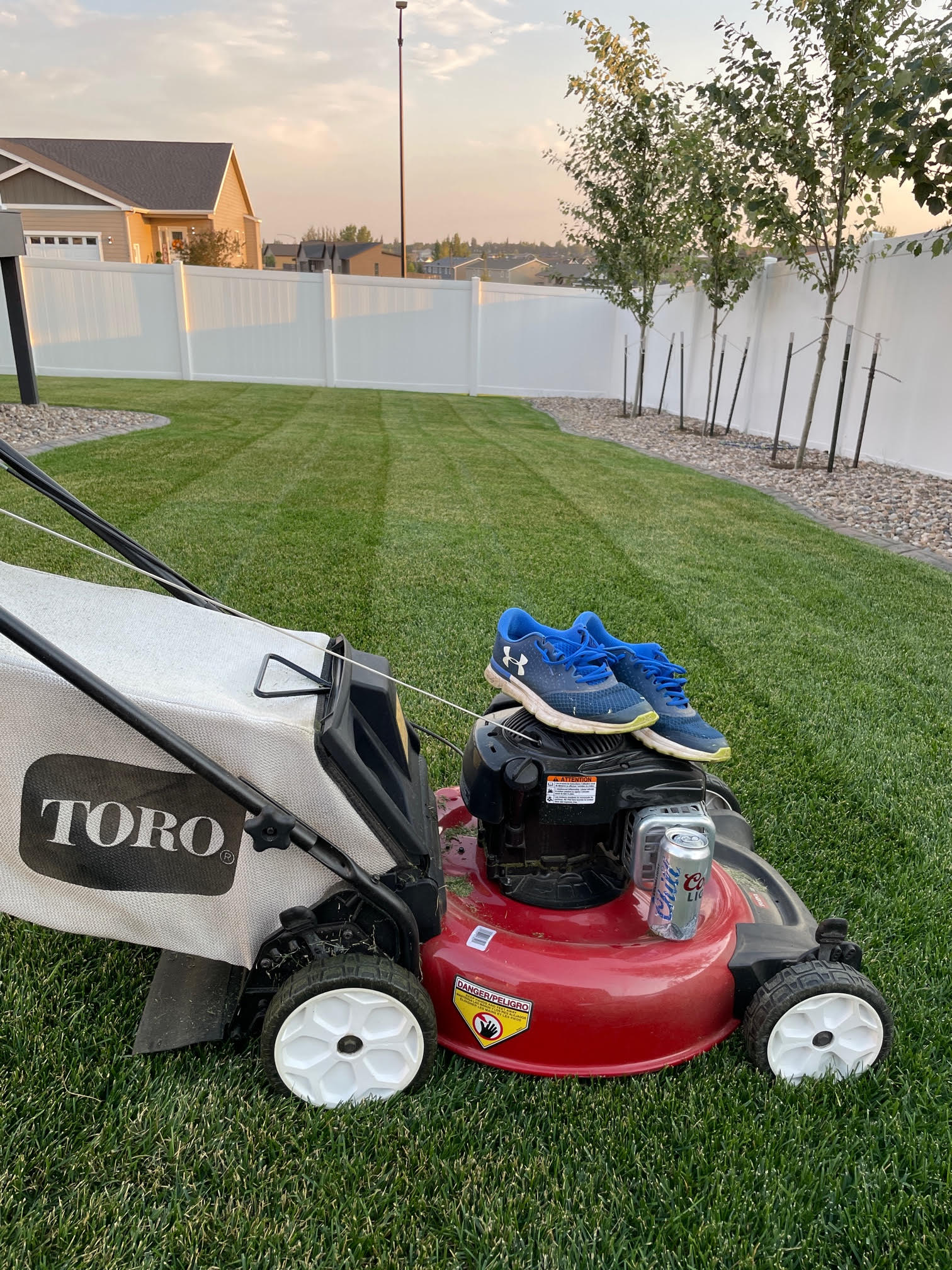 And a big shout out to @BuschBeer-the nectar of the Gods hit just right on a humid Thursday night! pic.twitter.com/wo9rEP94xH

Not much action to report tonight since the lawn was just aerated and seeded so wanted to resend this since you were in a bit of a hiatus. Hope all is well in OH. 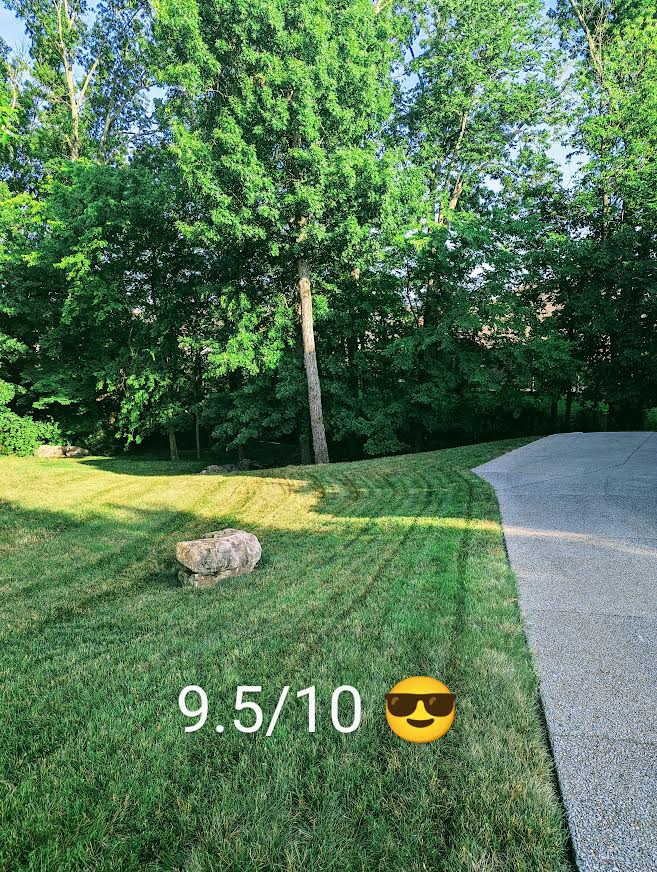 @OutKickTNML Here’s my best NASCAR winner’s speech: I’d like to thank @BobcatCompany for letting me walk behind their mower in @RedWingShoes. @Amazon protected my ears. @EGOPowerPlus gives a perfect trim and clearing of clippings. Finally a few @millerhighlife s rehydrated me. pic.twitter.com/GLatBcx1OW

The yard is dry and has seen better days, but we got the weeds knocked down. Happy that college football is here @OutKickTNML. Beer from @ZiplineBrewing. pic.twitter.com/2lCfJ4KJ9X

The last few weeks have been a challenge. Two of the last 3 weeks we’ve had storms on Thursday night here in Northern Indiana. That’s where I really started to realize the shorter days. It’s been 2 months since our peak daylight day, and it feels like the descent is quicker than the climb. Now that it’s September, I’m going to have to be super-efficient after work.

No relaxing catching the end of a Tigers Thursday afternoon getaway day game (which, let’s be honest, hasn’t been fun for a while). No playing with the dogs for 30 minutes when I get home (though they still get about 15 minutes….they’re worth it).

It’s time to get to business. I can tell we’re hitting the stretch run when the shadows of the trees are getting close to the sidewalk by 6:30. Being 2 hours east of me, but in the same time zone, I’m sure it’s even tougher for you.

But, I am certainly ready for the stretch run. This is the time of year where the yard starts to look it’s best. The days aren’t as hot or dry, the mornings are cooler, and the months of hard work are paying off. And it’s great timing…my annual Labor Day Weekend Party is Sunday. I can’t have a shabby lawn. That’s part of what the TNML is about.

Keeping my weekends free to party.

Based on recent history, I get to the first week of November before things start to turn. So I’m going to appreciate the next two months before the mower gets stored for the long winter. 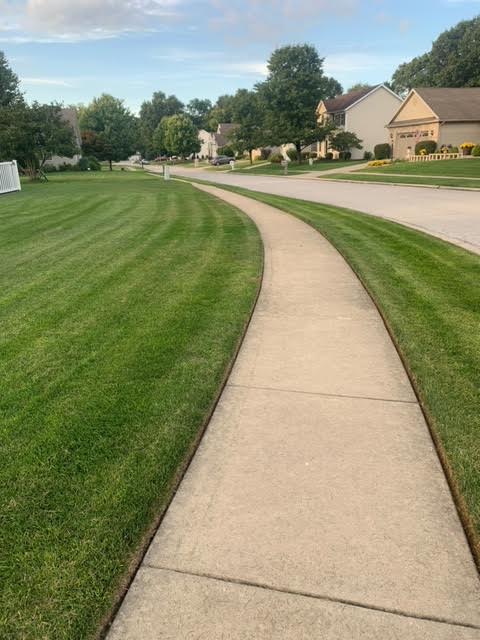 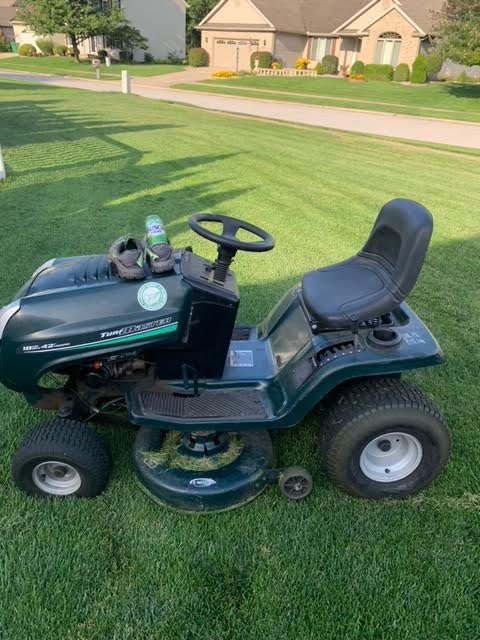 • Candler in Duluth, GA checks in:

Joe- We got home late last night after my sons’ middle school football game, but I knew what I had to do. I can’t think of anything more embarrassing than mowing on Saturday of Labor Day weekend, so I was able to get things finished up just as the sun was going down. The best part was changing out our summer wreath on our front door to our fall football/Dawgs themed wreath. I also updated our flower bed flag to a more appropriate fall theme.

It’s Labor Day weekend, college football is back, and our yards are freshly cut! It doesn’t get much better than that. America, baby! 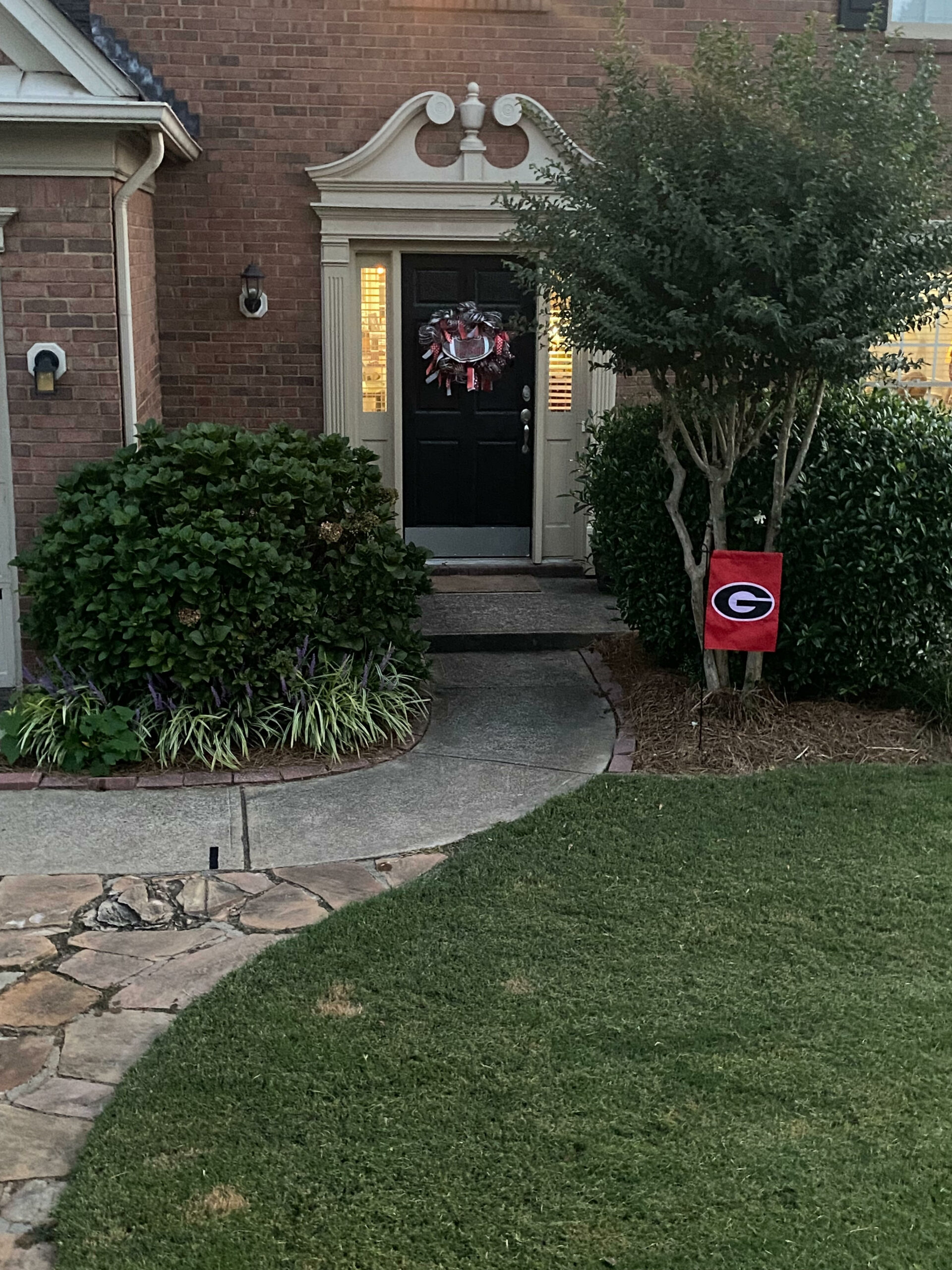