Here’s my full report: It has barely rained in my ‘hood for the last two weeks. The skies have been intimidating from time to time, but it’s been blazing hot, dry, windy and not ideal mowing conditions.

I’m even willing to come clean to you guys and admit my last two mows weren’t on Thursday nights because I’ve been on the road.

You’re damn right I’m not particularly proud of that admission, but it’s summer and it would be incredibly boring to sit around for three months without leaving.

I am Team Toro, but I cannot throw my support behind kids learning even less about becoming productive citizens. This is a bizzaro world I don’t want to live in. Tell you what, kids, we’ll make it to where you don’t have to do shit in life besides play video games and take a shower like once a week.

My buddy Mark Parker serves as a Stihl rep around here and he’s been singing the praises of the Stihl robot mower for the past 3-4 years and I refuse to hear it. He’s out there targeting Gen Z. suburbanites with these things so they can sit there in the air conditioning making TikToks and Snapchats.

Folks, we’re in a war with technology that we must resist.

I know some of you are on the cusp of breaking down and buying the Roomba mower. I know your house is always swept thanks to the little robot sweeper.

The yard is a different story. We cannot possibly let these robots steal our testosterone. One minute you’re going to be push mowing the yard, the next minute you’ll be watching a robot mow your yard while sucking down that Low T crap that Frank Thomas promotes on Bally Sports.

It’s imperative that we teach our children that robots are not allowed on our turf. It’s the final frontier for most of us. Leave us alone, robots.

Multiple Lawns were mowed. Walk on program is strong 💪. The bench is deep.

@OutKickTNML Finally getting to contribute to the League. Showing off the lines with a homemade striping kit. pic.twitter.com/ORbALkA5yu

Off work late @UPS but still got the mow in. Too dark for a Thursday night pic. Lawn was too high to with my @JohnDeere reel mower so had to go with my rotary @HusqvarnaUSA. Cheers 🍻 to the weekend. @OutKickTNML @JoeKinseyexp #tnml pic.twitter.com/UO6htHO2Xl

• Candler B. in Duluth, GA is back with a report. As usual, he’s always up to something in the mowing world even if the grass isn’t growing down south:

Joe- I know I’ve been out of the game the last couple of weeks, but that doesn’t mean I haven’t been out here working. We all know that if we want this league to grow and continue to dominate the national mowing league landscape, we can’t take our foot off the gas when it comes to recruiting. I’m taking you back to the very real (but seemingly fake) Metro Atlanta suburb of Peachtree Corners today and introducing you to our new 5-star, Franklin (or Franko as he’s affectionally called by his father-in-law and close friends).

Franklin’s been wanting to join the league for a while but has had some trouble with the Toro. The Toro’s back running great, and tonight he got in his first mow and showed off the skills that make him a true 3-tool player. His 6’8” frame handles the mower, the blower, and the edger with ease. He’s also deceptively agile for a big man. There’s really nothing that this new recruit can’t do! And as a bonus, he’s the best high school football coach to play for or work for in the great state of Georgia. You can’t ask for much more than that!

When asked to give his thoughts on joining the league, Franklin said, “It’s really an honor to finally be a part of this great organization. My yard looks great for the weekend, and now my Saturday is free.”

And there you have it folks. We mow on Thursdays! 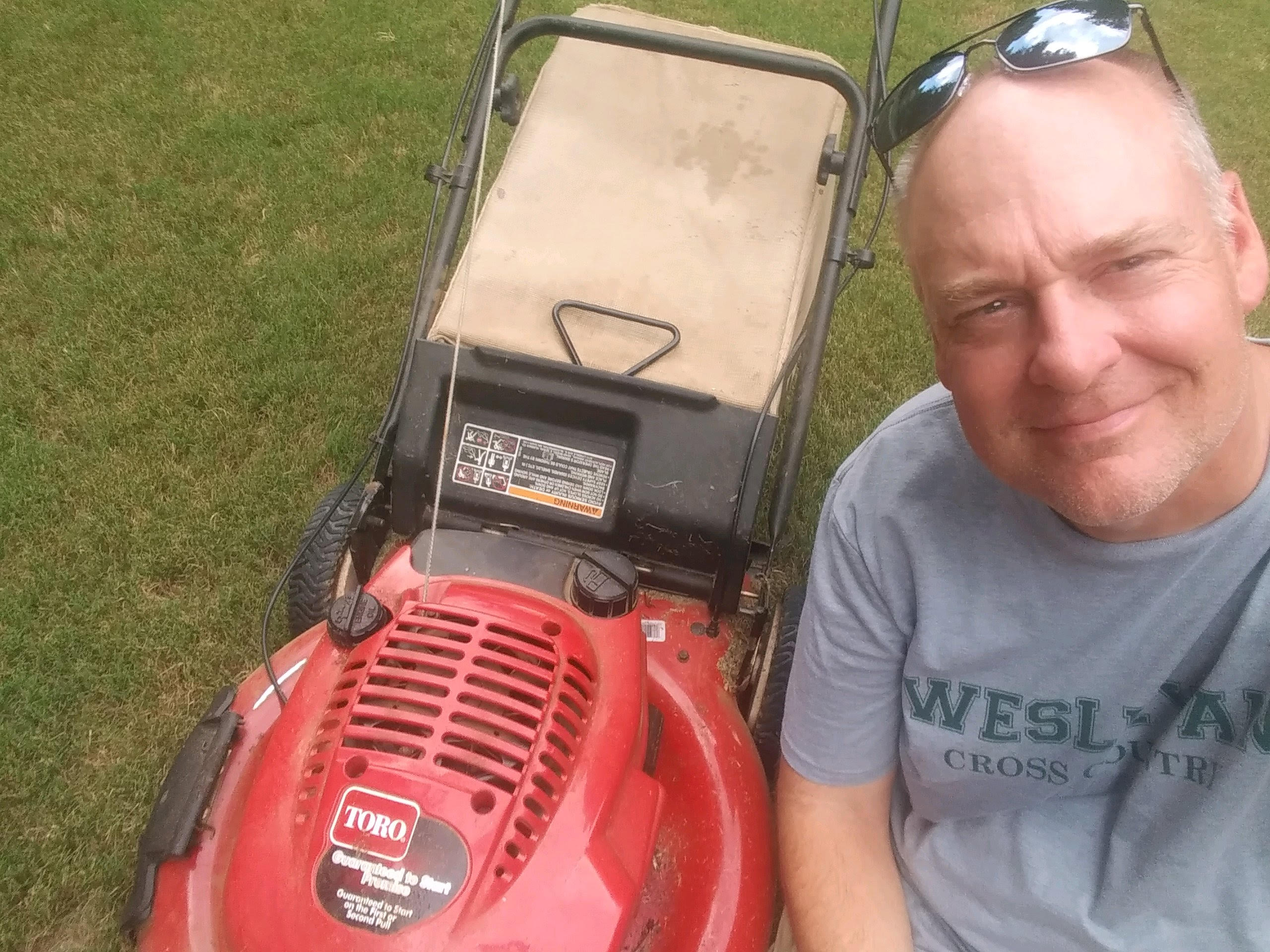 I was excited to see how my father's version of the diy striper performed. 4 rows in and the @BriggsStratton 190 gave out. Looked like the new @OutKickTNML gear was going to get here before I finished but it's running late. The 21" @BriggsStratton quantum had to finish. pic.twitter.com/0YRLCWFTPV

I got all I could out of the lawn for a Thursday in August. Love to Toro and Adidas for the equipment. Boredom set in, so I went with the curve.
Not my best effort of the season. Need a new weed-eater too. But glad to finish and do my part in the @OutKickTNML pic.twitter.com/e16qqPAg2T

Yet another week of abandoning my duties but repping The League (TM) in a new locale. Fort Myers Beach, FL is a great place to take the family, and I’ve been able to talk grilling, mowing, and many things beyond with a great crowd of guys/gals here this week.

I think I’ve secured a few new members at the very least.  Looking forward to getting back to laying stripes next week, but not in any rush to leave this slice of paradise.

Hope all the league members are out there crushing time with family (especially kiddos) whenever they can. Wouldn’t trade this time for the world. 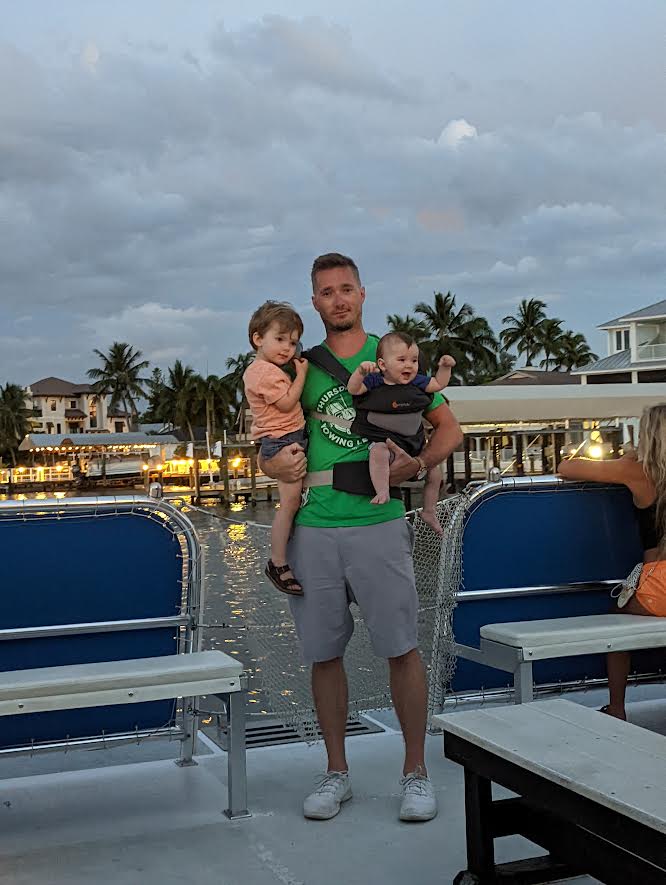 Lawn is a mess as it is usually every August! Still got it done! Looking forward to meeting the new granddaughter this weekend! Is it just me of does Rockin’ in the Free World by @Neilyoung have to be on the playlist for mowing! Best #IPA out there @EarthRiderBeer @OutKickTNML pic.twitter.com/3VJlZuyNHY

Living on an acreage where I get my water from a from a well, you can see I don't water. The eastern Nebraska heat has been brutal to my lawn this summer. All in all, another Thursday Night Mow is in the books with the help from #JohnDeere and @craftsman mowers. pic.twitter.com/HAaPIhuBZs

The hope was to get back to league night but rain had other plans. And I’ll gladly take the down poor of morning rain we had today over a league night mow. Snuck in a late Wednesday afternoon, hot hot hot mow instead. Hope you had a good league night and enjoyed those patio brews! 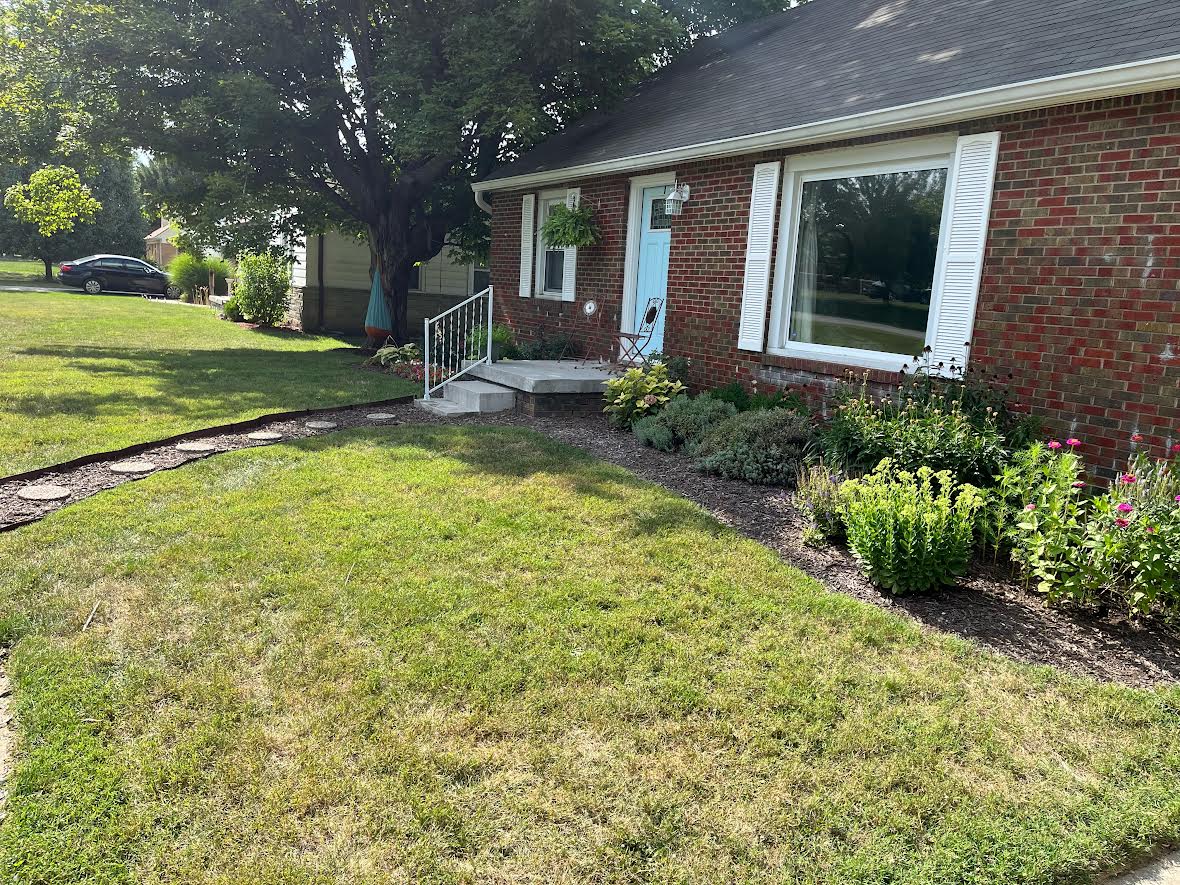 Fighting 104 degree heat and water restrictions @OutKickTNML. Thanks to tonight’s sponsors of Echo Trimmers and Blowers, and Honda Mowers. Now time for back porch beers by DosXX. Tunes provided by @KoeWetzel. pic.twitter.com/z3vxU7yMAf

Need a pass from the Commish this week – we've had a little rain. @OutKickTNML pic.twitter.com/hmRWH4vaV8

@OutKickTNML @JoeKinseyexp another week down. Pool deck project is starting to commence, see yellow markings. Sacrificing some grass but will be well worth it. Can’t thank team @BuschBeer @TheToroCompany @HusqvarnaUSA @RedWingShoes enough for their effortless performances pic.twitter.com/A79VlaOOuO

@OutKickTNML I didn't want to do it but I wanted to do it more than I do on Friday, Saturday, or Sunday. @ToroCompany @klotzlube pic.twitter.com/z3rEBHIqvP

Good evening  Joe…a TNML update from central Texas. We are currently in the middle of a good ol’ fashioned heat wave. Have not had any rain since mid May and it wasn’t more than a sprinkle then. It was about 105 in the shade today….perfect temp to lay some stripes.

I would like to thank Fat Ice craft cocktail ice for supplying me with complimentary ice for the hundreds of pounds of ice I have used to keep me from drinking refrigerated beer this summer. Fireman #4 blonde ale, and Husqvarna mowers as well as rain bird sprinklers for keeping my lawn plush and green in this drought. I got my mower set at the highest setting it really makes for a nice soft yard. I would like to thank you and all our TNML crew that I am proud to be a part of.

I really enjoy the comradery we share. The “hard things” so many have accomplished. With their inspiration I too will someday use it to accomplish something I and my family will be proud of. I cant remember the man’s name (from El Paso lives in Utah I think) who is enjoying his first year mowing with us! Loved how he had his shoes a year in advance!…the guy who brews his own beer in Nebraska…man I would love to knock some down with him! I am orginally from upstate New York (Syracuse) and seeing and reading about your trip to northern Michigan sure hits home to me…the lakes and local people with summer weather is what I miss most. Thank you for what you do Joe inspiring each day to make each day count! Take care! Paul

PS my Myer Lemon tree I planted 3/17 (in tribute to my father-in-law who passed that day) is doing great…my talk with my pups worked…they have not touched will send pics when ripe! 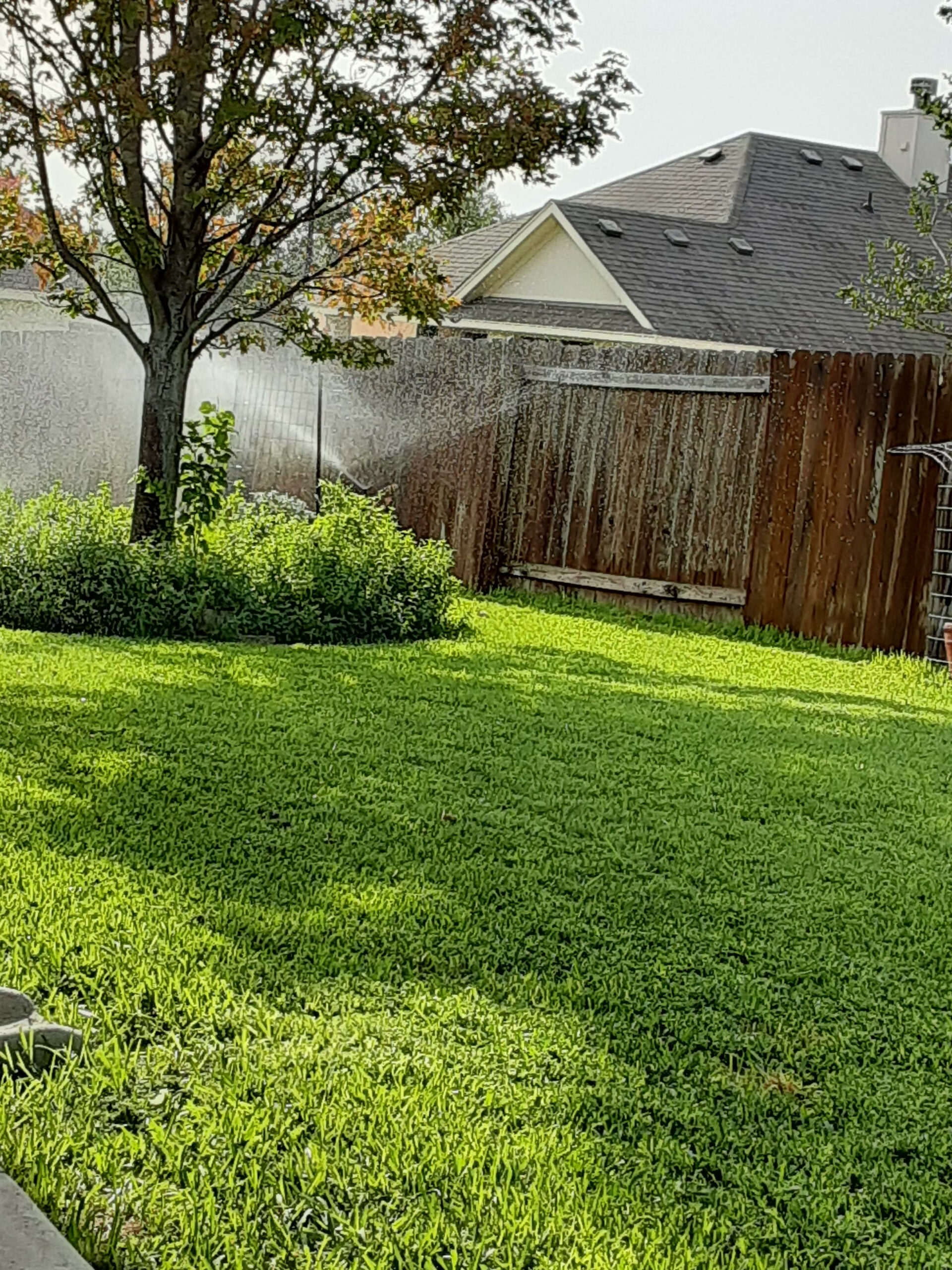 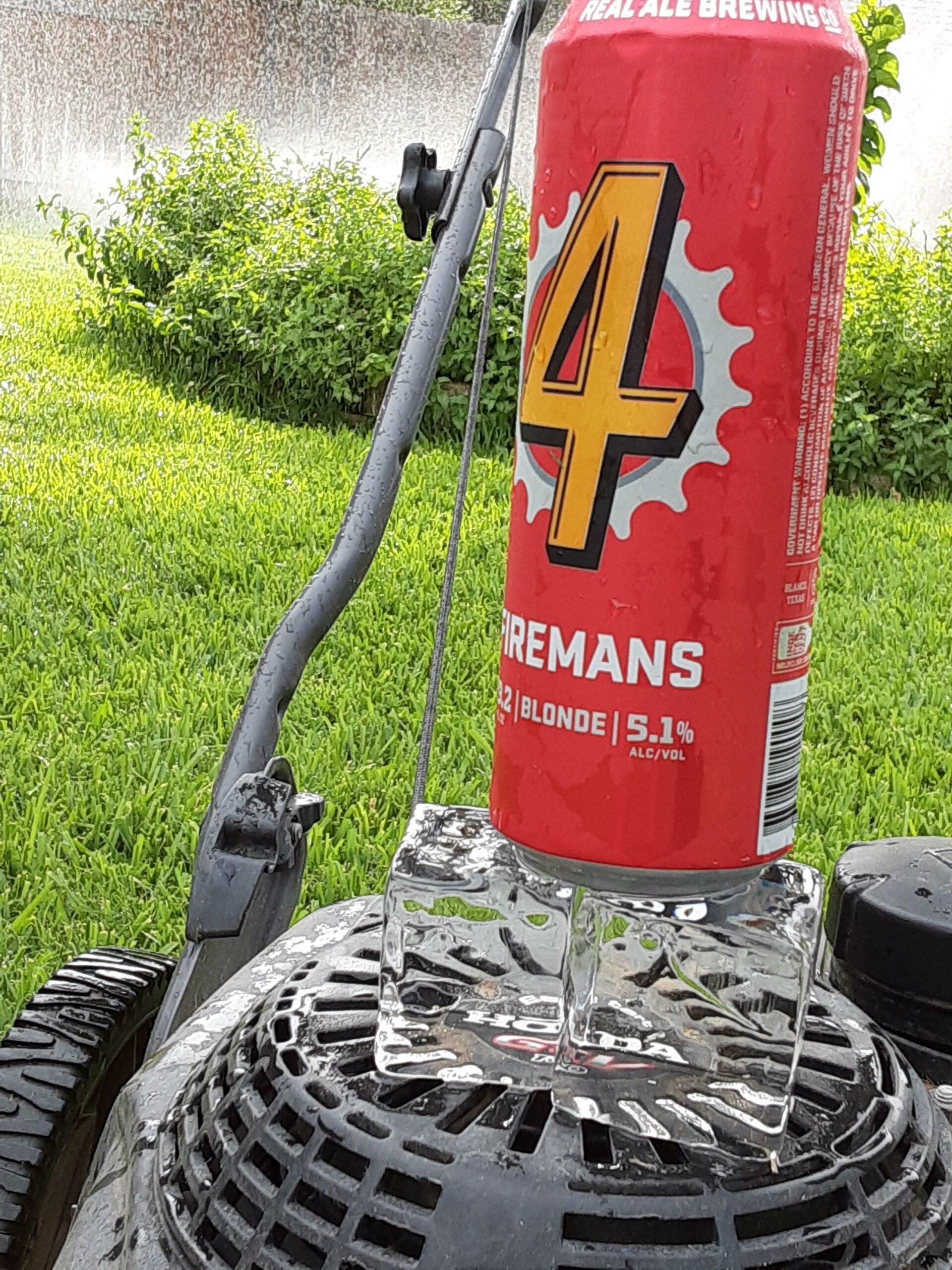 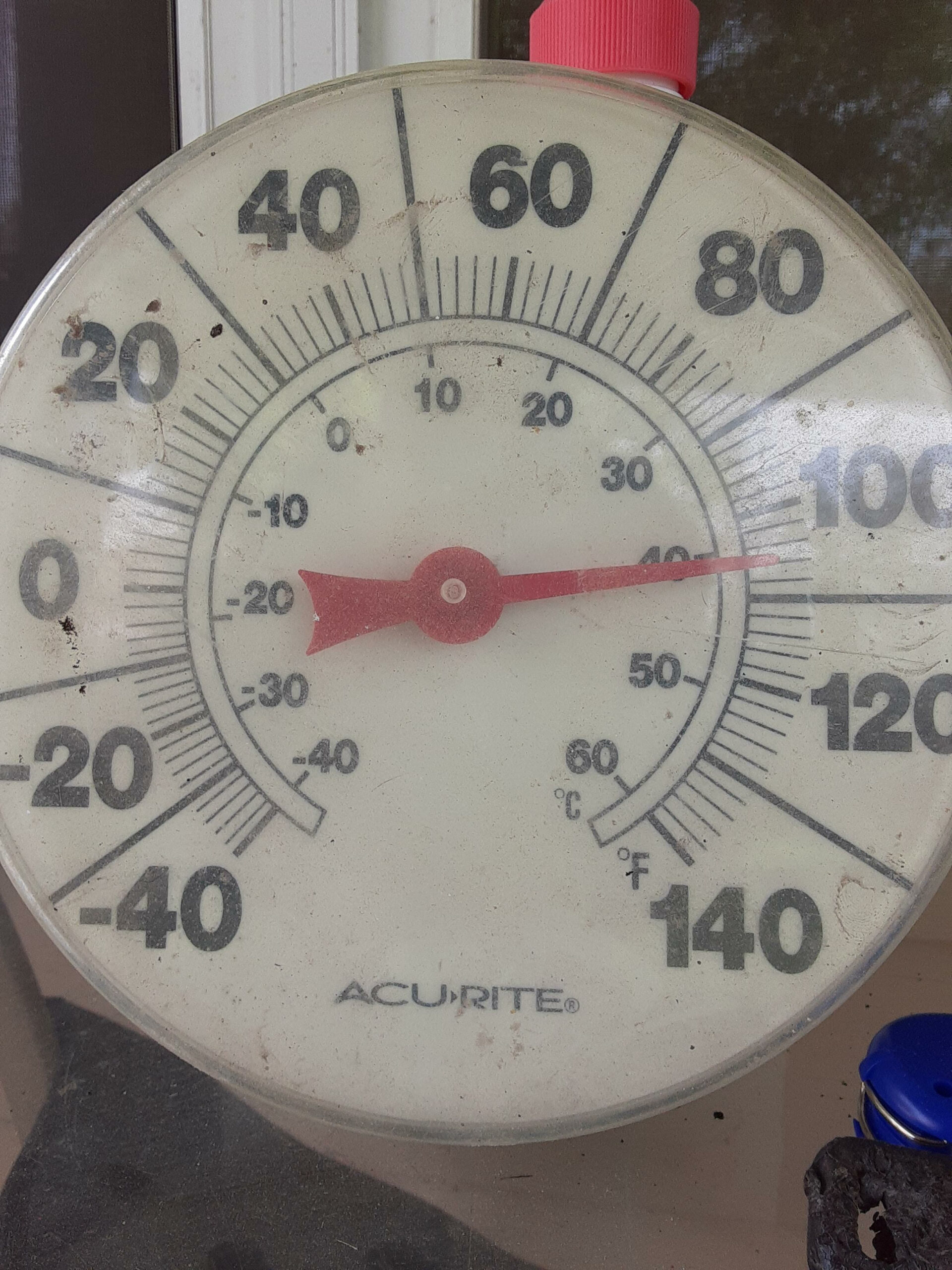 New TNML swag@OutKickTNML
If I go to rural king, they'll probably ask me for an autograph pic.twitter.com/J8HH79TOQP

@JoeKinseyexp @OutKickTNML real feel 105 degrees at kickoff. Back to just one lawn tonight. We mow Thursdays, so 7 foot unicorns can be in the yard on the weekends. #TNML #HONDA #unicorn pic.twitter.com/KnqO5w3JJW

Not mowing this Thursday,  but I am repping the League in Sparta, IL at the Grand American trap shooting championship. 3500 shooters from all over the world competing over the next 10 days

Thanks for all you do 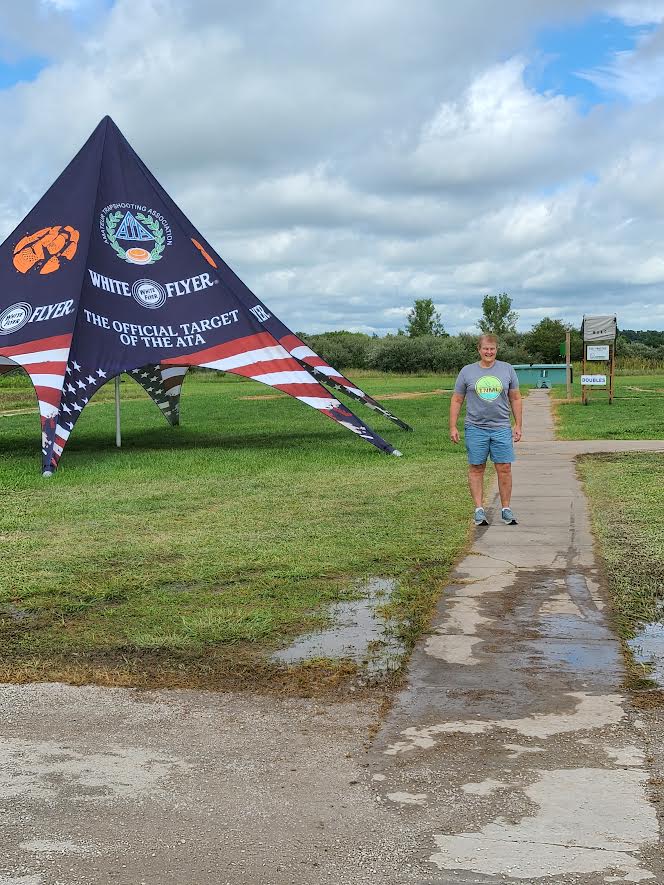 All about the lines!! pic.twitter.com/BMRv38qjQX

Evening mow = free weekend. Got some dry spots but the @RainBirdCorp working its tail off. The @DEWALTtough weedeater still going strong. And the one who makes it all possible, the @BriggsStratton. Added this memorabilia to the garage because we mow on Thursdays!!!! @OutKickTNML pic.twitter.com/PtMbwvwLuv