Let me start by saying I completely apologize for not posting last week’s reports. That was my first miss of the year, but it came due to a completely swamped Friday combined with last-minute preparations for the Put-In-Bay Two-Club Invitational.

We’re still swamped this week, but it’s time to power through and get those reports posted for the incredibly loyal TNML members who are battling through even though the typical July drought conditions are settling in across 50% of the United States. Last year at this time, 46.5% of the U.S. was under drought conditions.

Here in northwestern Ohio and southeastern Michigan, the mowers were running last night as we’ve actually had a slightly above normal amount of rain that has kept the turf green and growing.

This is how things are looking as we get ready for a huge stretch of highs in the 90s with high humidity. 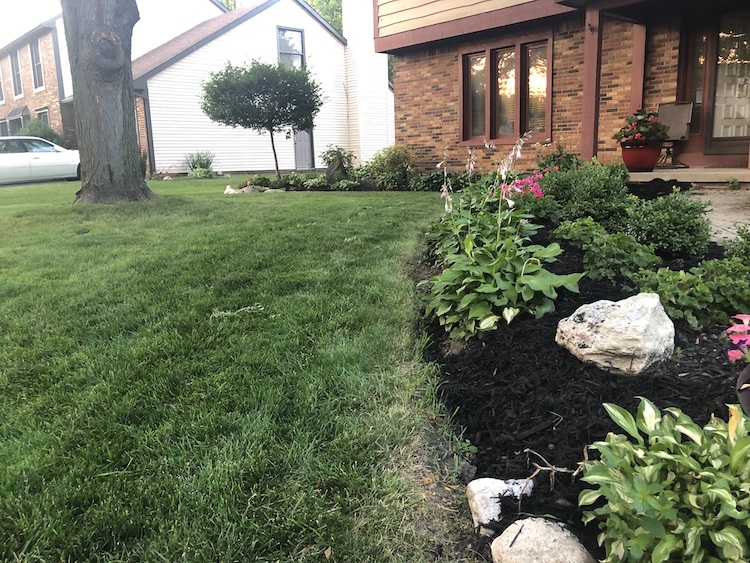 One of my big regrets this year is not putting down mulch in May. That’s on the top of my list heading into the 2023 season. I need to be way more proactive just knocking it out all at once around Memorial Day.

More than 50% of the lower 48 are in drought, according to the latest drought monitor out today.

That's slightly higher than this time last year. @KendallSmithWX has the latest. pic.twitter.com/5W0NZIEOq7

No pictures, but a TNML story nevertheless.

Yesterday, my wife was talking about doing some non-essential stuff together after I got home from work when she paused and said, “It’s Thursday, you have got to mow.” I can’t begin to tell you how proud that made me feel. The influence of TNML is spreading far and wide.

Keep up the great work

Here’s something that makes me very proud…go to the comments!

Do you mow on the…

@JoeKinseyexp @OutKickTNML This was Thursday NIGHT mowing with my son. Had the league shirt on, finished before dark! Another hot one done. #TNML #HONDA @MountainDew @ pic.twitter.com/BkYRVQHxK0

Hi Commish of the TNML.  I finished my league mow at 1030 AM today.  It was already getting hotter outside than the rumor mill in Mrs. Wilson’s neighborhood.

I am recommending TNML helmet stickers for our school district’s grounds crew.   100 percent effort from those guys.

Dead, all I can say is dead. It’s been a few weeks since I’ve been able to mow on Thursday for several reasons: work, swim meets, it happens to all of us. But, what is really happening to all of us is no water and dead grass. Yes, I know it rained Wednesday and we’re expecting more, but for the most part the grass is dead, as evident by my one picture. So, sorry, no sweet eye popping stripes tonight.

The only shining light for me after finishing this mow tonight, is my weekend is clear and I get to enjoy this delicious ROGUE by Dead Guy Ale in honor of the dead grass.

Enjoy the weekend everyone. 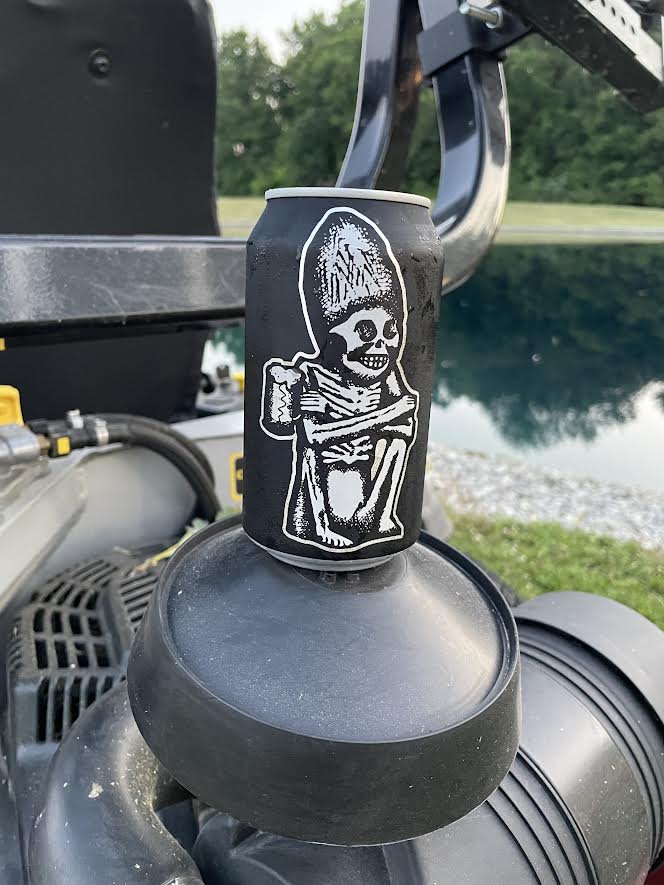 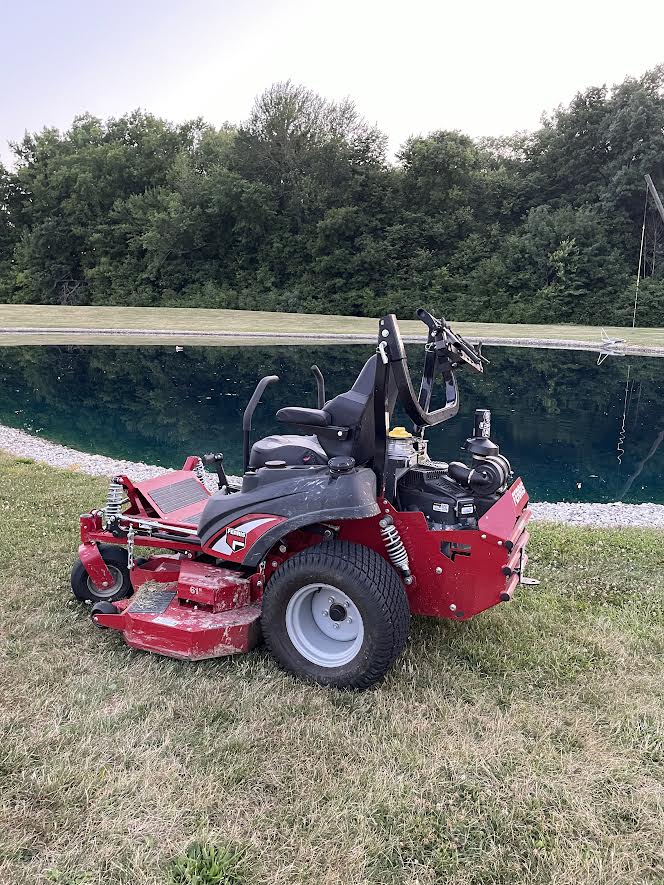 The drought here in the 317 continues.  We had a nice rain shower Wednesday evening, right after Laura L and I finished patio margaritas and a cigar, but it was just a tease.  I haven’t had to mow in more than two weeks and could have easily sat out today.  The lawns are suffering here.

I would have skipped today’s mow except for the TNML sticker that came in the mail last week.  We were off visiting the grandkids in Boston, so the sticker was a nice welcome home present and inspired me to get out there today and mow!  Glad I did.  The slightly scruffy yard cleaned up nicely.

The photo was taken on the only remaining lush, green portion of the yard.  It’s well shaded and I haven’t had to water there yet.  I’m not looking forward to my next water bill but it’s life support for the rest of the yard right now!  Note the sprinkler running in the background… 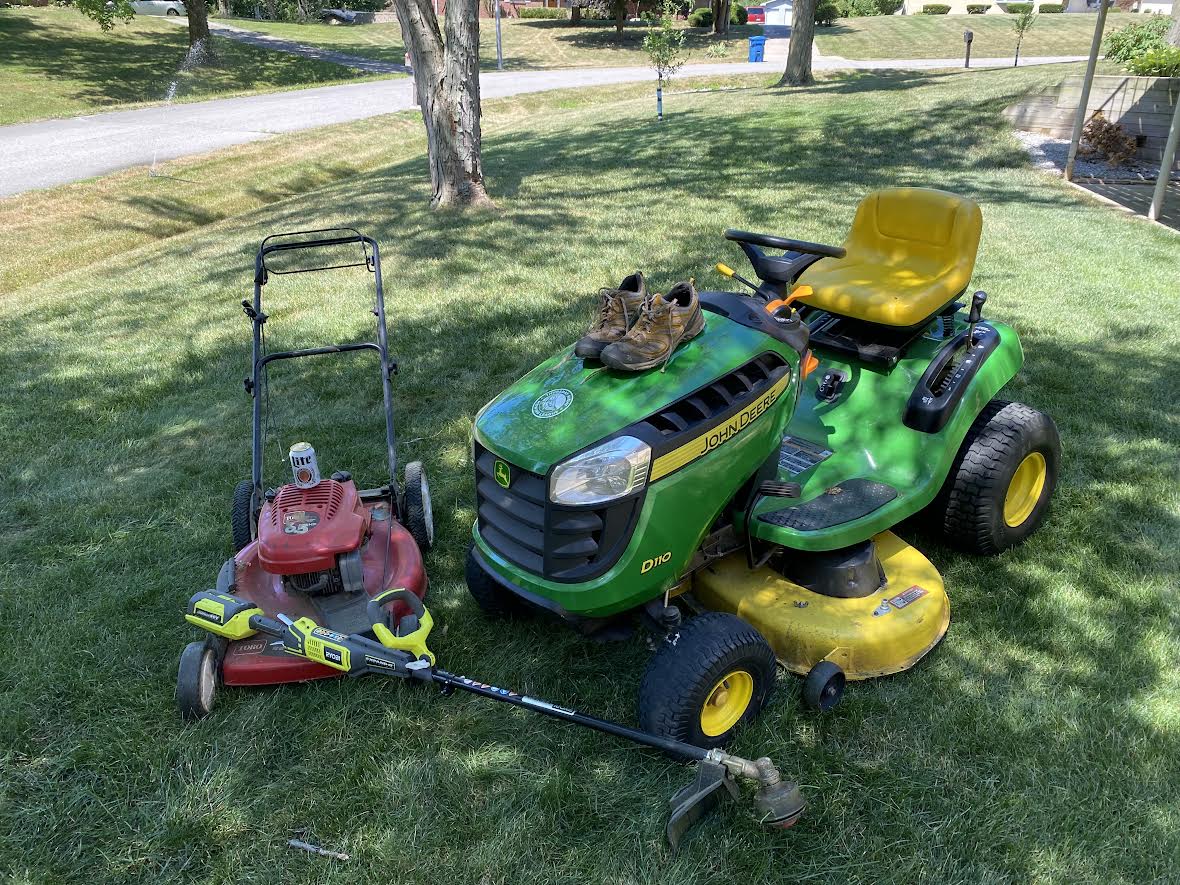 Troy-bilt with a @BriggsStratton engine got the job done today. These 190cc are pretty good but head gaskets are blown on every one I get. @OutKickTNML pic.twitter.com/9ptBtPkkfc

• Indy Daryl is dealing with the drought:

I thought last week we were on the mend with some rain. Welp, I sure was wrong. We have only had the one mild storm and my yard looks like the infield of a little league baseball diamond, brown with more brown. Not wanting to destroy my budget by watering the entire lawn, we have focused on the wife’s garden and oh man is it a delight. Hope these pictures bring a good start to Friday!

Have a great day and weekend all! 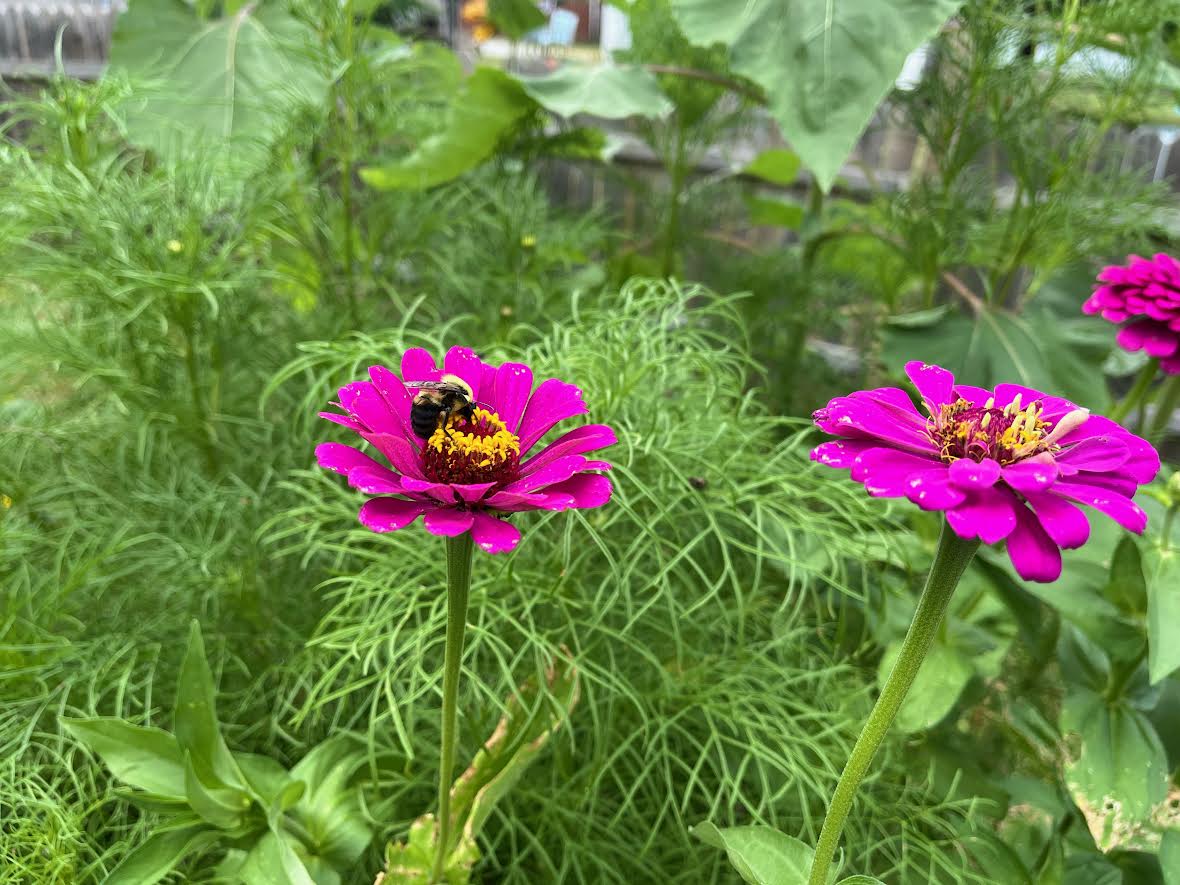 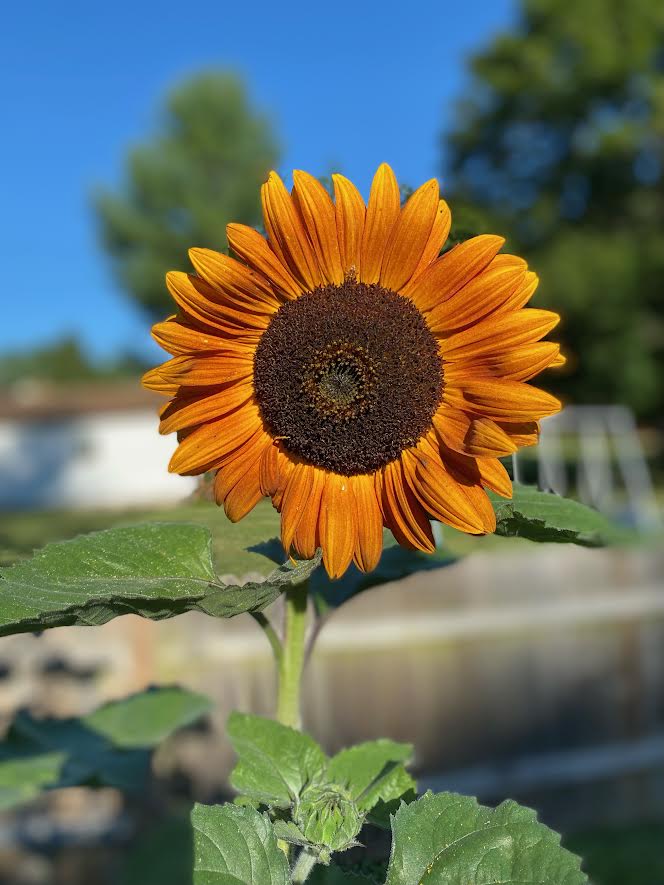 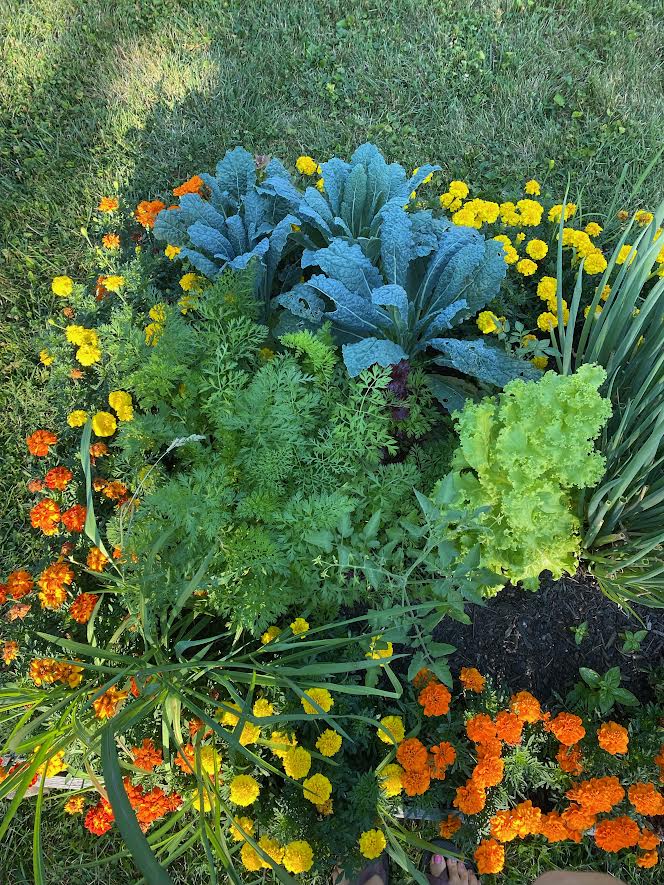 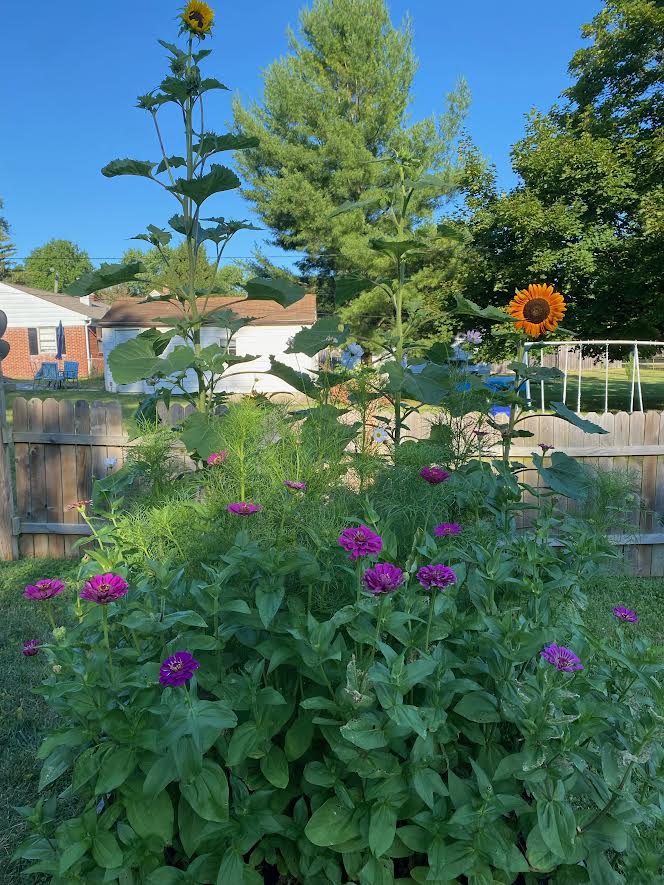 @OutKickTNML got the yard and clipped up. thanks to the 2.5hear old helping and me and my @Honda lawn mower @SilverCityBrew (Seattle area swell)and @drewestatecigar for the great smoke. pic.twitter.com/2utRoAq8qv

I’m sure this is old news by now, but did I miss a TNML report last week?  I knew there were issues with the iOS, but upon looking back, I didn’t see anything. I know the Put-in-Bay thing was last weekend. I figured that was the reason.

I worked on a criss-cross pattern tonight. Trying to get a little creative. And just changed the blade on my edger so I got a nice, deep, clean edge this evening.

So on my way home into the neighborhood and while I was outside, I noticed no less than 10 neighbors also mowing on Thursday. I might need to hand out some fliers to get the rest of the neighborhood on board. But we’re on our way! 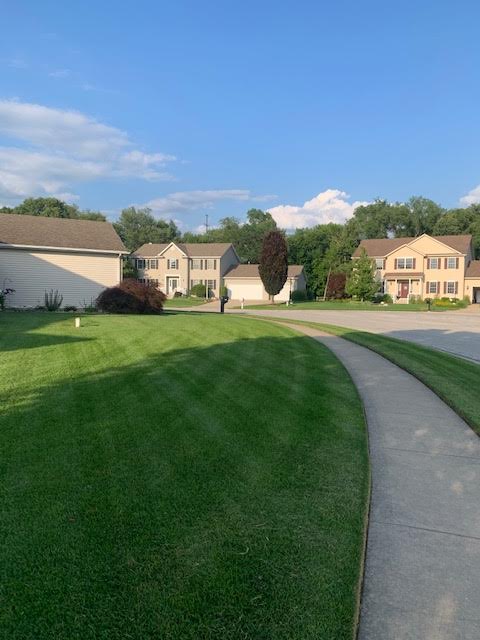 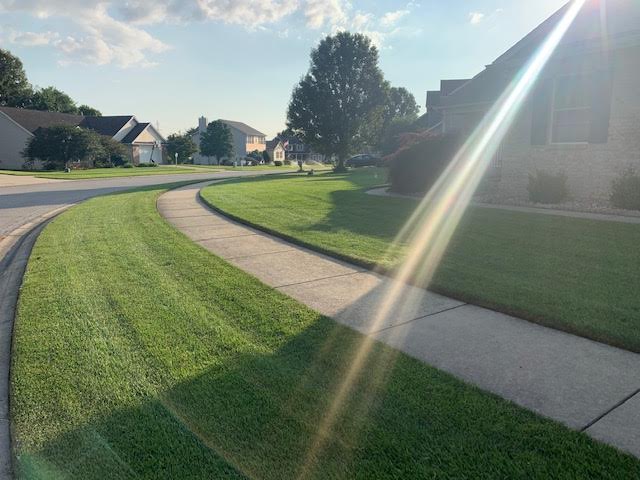 @OutKickTNML sometimes you just gotta keep it simple. Get back to your roots pic.twitter.com/7yFszlQc8W

@OutKickTNML doing my best to lay some lines down with the @ToroCompany lawn striping kit. pic.twitter.com/tqTih10Ie2

Fighting the heat and the high water bill this month. Got it in early today to free up an evening in the pool followed by a weekend at the lake. More reasons why we mow on Thursdays!!! pic.twitter.com/niCctbL62k

It was a steamy one in North Carolina but we got it done I would like to thank @craftsman for a good mow and weed eat @Aquafina for the hydration. pic.twitter.com/33kHHPBdC2