Earlier this month, Dolphins general manager Chris Grier proclaimed that Tua Tagovailoa would be the team’s starting quarterback next season. Whenever you see a quote like this from an NFL spokesperson, take it with a grain of salt. It might be true, might not be — when someone has to explicitly say a job is safe, that always means the door is open at least a sliver.

Anyways, after Grier’s remarks, several Dolphins players told Armando Salguero of the Miami Herald that they didn’t think Tagovailoa showed enough this past season to earn that vote of confidence. From the story:

“And that caught the attention of at least three players within the team because they have told the Herald in recent days they didn’t see enough from Tagovailoa in 2020 to promise him, well, anything for next season. ‘I understand what they said,’ one player said. “But I don’t understand why.” These players said they remain hopeful Tagovailoa will improve, but admitted he was not outstanding as a rookie, in their opinions.”

These players apparently had concerns dating back all the way to the beginning of camp. Salguero writes:

“But the concerning thing to the players who spoke to the Herald is they are not convinced Tagovailoa is going to be great in the future. They said they were unimpressed by Tagovailoa during training camp to the point they thought he wouldn’t be ready to play in 2020. They said they were ‘caught totally off guard,’ as one put it, when Tagovailoa was named the starter the seventh game of the season.”

Brian Flores and the Dolphins were in a tricky spot with Ryan Fitzpatrick, who’s now a free agent. You could tell that Fitzpatrick gave the team a better chance to win based on the fact that Tagovailoa was twice benched for him during games, and the offense immediately opened up with Fitzpatrick under center. However, the Dolphins also knew that they have the Texans’ first round pick, which wound up being No. 3 overall, so they had to see what they had in Tagovailoa before they could determine their first draft selection. At least one QB, BYU’s Zach Wilson or Ohio State’s Justin Fields, will be available when they pick.

OutKick’s Clint Lamb argued on Tuesday that Tagovailoa’s lack of weapons made it harder to showcase what he’s capable of. I think I stand more on the side of these Dolphins players who aren’t willing to rule Tagovailoa out quite yet, but who also don’t think the starting job should be guaranteed to him right now. 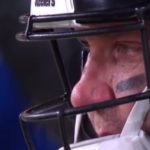 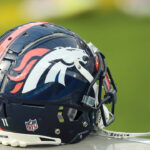