Thompson High School is now the 7A state champions in Alabama. Most of the time, this news wouldn’t warrant a ton of coverage outside of the state.

But this isn’t most of the time.

Thompson pulled off one of the most miraculous comeback victories of all time at the high school level. And they did it at Bryant-Denny Stadium in Tuscaloosa. Here is how things set up.

Auburn High School was up 28-19 with about a minute left in the game. At the Thompson 20-yard line, the Tigers decided to take a few knees to waste clock. That put them back around midfield, so they decided to punt on fourth down.

The problem? Thompson ended up blocking that punt and returning it for a touchdown. Check it out:

Auburn’s punt is blocked and Thompson runs it in for a TD! pic.twitter.com/cR9g0awf2h

Auburn still had a 28-26 lead with 18 seconds left. All the Tigers needed to do was recover an onside kick. Unfortunately, that didn’t exactly go as planned. Thompson recovered it, and the offense had the ball around the 45-yard line going in.

Wow, that is crazy, but it’s high school. Kickers don’t have the same leg strength as they do in college or the NFL. At this point, there are fewer than twenty seconds left in the game. Thompson winning is still improbable.

That is … unless Auburn helped them out by committing two different defensive pass interferences to put Thompson on the 18-yard line with seconds remaining. The result? A game-winning 35-yard field goal for the unbelievable comeback.

Thompson 29, Auburn 28 Final. Hardy with the 35-yard game winning field goal as time expires. Thompson with the miracle finish for the 7A State Championship. Unbelievable!@WARRIORNATION20 pic.twitter.com/UBMQQq7f6j

This is one of the wildest high school games I can ever remember witnessing. Honestly, it is probably the greatest comeback I’ve ever seen on that level. I wonder what ESPN would have had the win probability at when Auburn went to punt up nine points.

Congratulations to the Warriors!

Thoughts and prayers to those involved with the Auburn program. Brutal way to lose a state championship game. 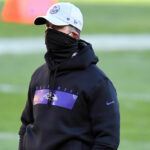 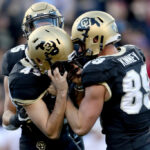