If you’ve ever imagined a scenario where everyone in college football and college basketball becomes a free agent at once, news from Brett McMurphy indicates that your dream may yet come true:

NCAA Council approves proposal to allow 1-time transfers in all sports w/out sitting out a season & will vote on it January for final approval, sources told @Stadium. If approved, as expected, would be effective Aug. 1, 2021

It’s fair to say that Covid-19 has put the world on its head, and leagues of all levels have had to be flexible so that their teams can play. But, color me as skeptical that this college free agency thing is actually is going to happen.

Universal college football player free agency would be pandemonium, but it would also be fascinating to watch. It’s probable that the rich would become even richer. College football already has an oligopoly of 5-8 teams who remain at the top. Schools like Alabama, Clemson, Ohio State, Georgia, Oklahoma and LSU. (The latter two are having tough seasons but belong in this discussion given their recent history.) These schools would likely retain their best players and pluck off big players from lesser rivals.

It will be interesting to track how this proposal is received and debated between now and the vote in January. 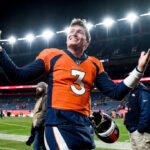 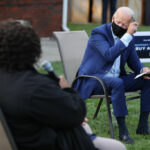