There are a number of foods that I adored as a kid and eat them now and think they’re bland. For example, Kraft Macaroni and Cheese. I never know whether it’s a situation where they changed the recipe, or if it was always devoid of flavor and I just didn’t notice it as a child.

Well, in one of these instances, I’ve now found out that I’m not crazy. General Mills has announced that they are restoring the original flavors of Cocoa Puffs, Golden Grahams, Cookie Crisp, and Trix. This marketing campaign vindicates my belief that Cocoa Puffs and Golden Grahams (I’ve never been passionate about the other two cereals, and thus can’t speak to them) not only had been tampered with, but had been done so for the worse.

“Our fans crave a taste of nostalgia – and, while these four cereals have always remained popular, we’ve answered their requests and brought back the taste they remember from childhood,” General Mills vice president of marketing Jennifer Jorgensen said in a press release.

If I had known there was a request line, I would have joined the masses in pestering General Mills about this. Nonetheless, I’m very excited that others fought this fight on my behalf and look forward to the indulgences. 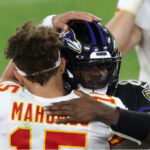 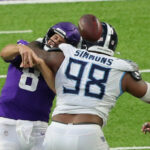