Theo Epstein hinted at this move in his letter explaining why he was leaving the Chicago Cubs, but now it is official. He is joining the MLB front office as a consultant to commissioner Rob Manfred on the effects of future rule changes. Here is the MLB announcement of the news (via Ken Rosenthal): 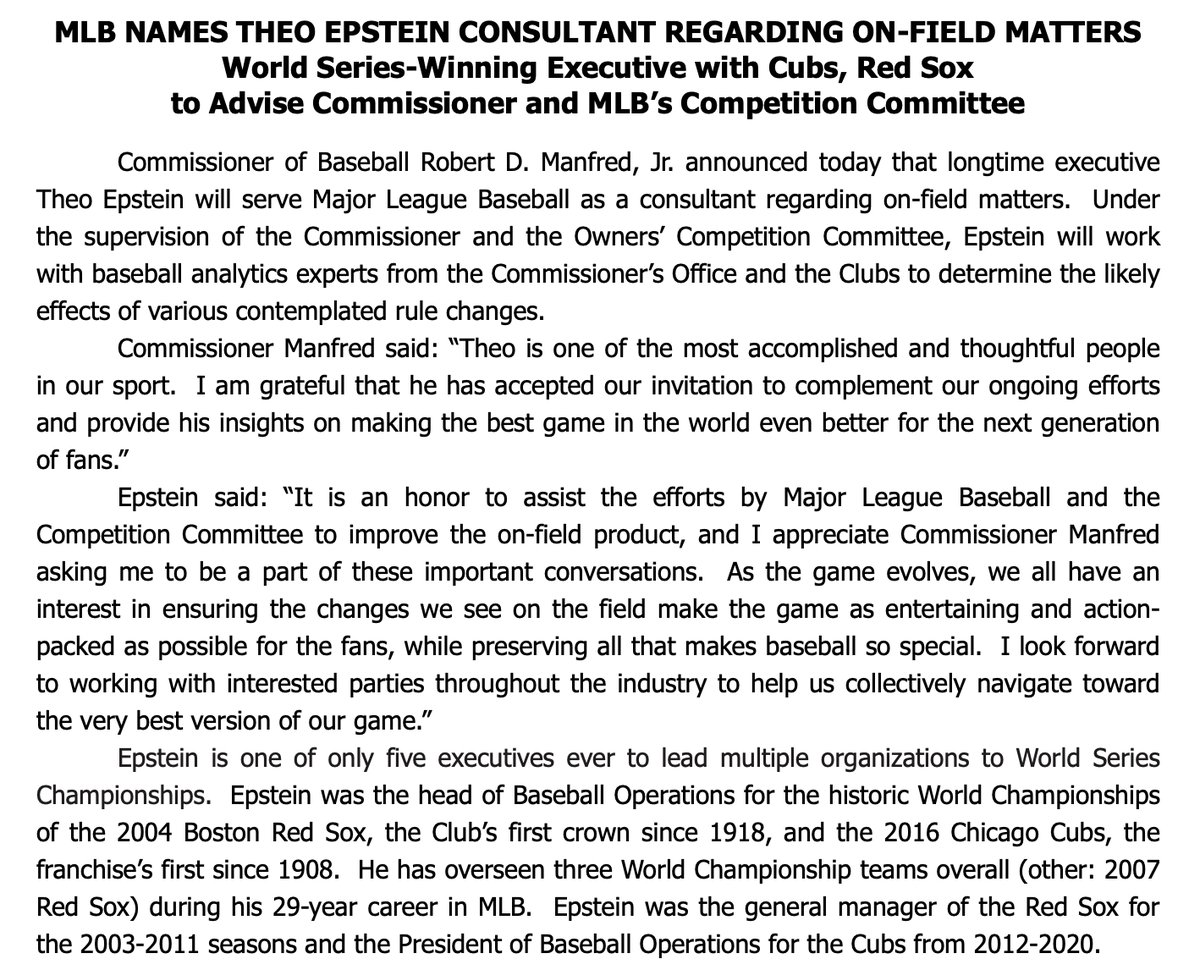 Here is what I wrote in November when Epstein hinted at this news:

Of course it was incumbent among front offices, managers, and players to identify advantages for winning, but it’s gotten so calibrated that the soul of the game has withered. A perpetual procession of strikeouts, walks, and home runs has yielded a dearth of base runners and therefore of action.

Manfred gets a lot of criticism for appearing like he is unsentimental about the game of baseball, but he’s been ahead of the curve in sounding the alarm that they are going to have to tweak the sport to liven it up. Every time he brought it up, he was met with staunch resistance from detractors who told him he just hates baseball.

You never let a crisis go to waste, and so the commissioner used the pandemic as an opportunity to ram in universal DH, a runner starting on second base in extra innings, and seven-inning doubleheaders. People complained initially, but these changes wound up, in my opinion, being positive innovations.

This isn’t to say that he did anything unethical with his application of analytics, but hiring Epstein to fix the bugs in baseball would be like how casinos hire old cheats or card counters to identify their own kind in table games. Other than eliminating the shift, I don’t have a ton of ideas off the top of my head for what Epstein should do to spruce up the game, but he’s the perfect person for the job.

I continue to believe that Epstein will have a positive impact in this role. Baseball needs to figure out a way for the ball to be in play more, with more action on the base paths. Epstein is the perfect person for this job.