While America is split nearly right down the middle politically and goes along with a two-party system, there’s absolute chaos at the 2022 USA Mullet Championship where 25 worthy champions are battling it out for the best business in the front, party in the back look in all of the land.

Will it be Rowan from Wesley, Arkansas with one of the longest free-flowing party in the backs you’re ever going to see? Or will it be Brock from Georgia with his tribute to Kenny Powers with racing stripes etched into the side of his head? And don’t sleep on William from Ohio who has the Pit Vipers, an American flag etched into his right quarter panel and the look of a kid who can change your oil and balance your checkbook.

Let’s get to some of my favorites to win it all: 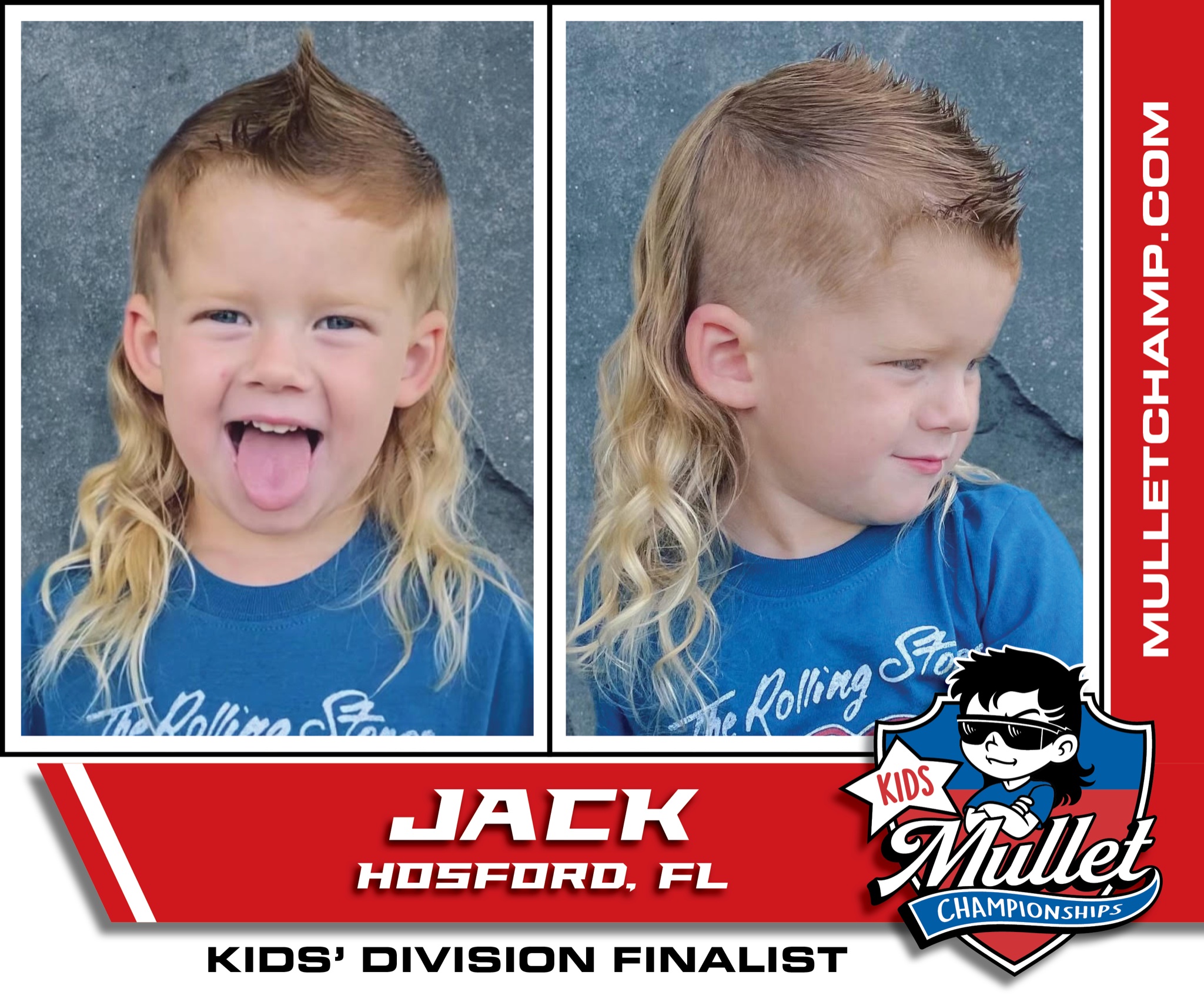 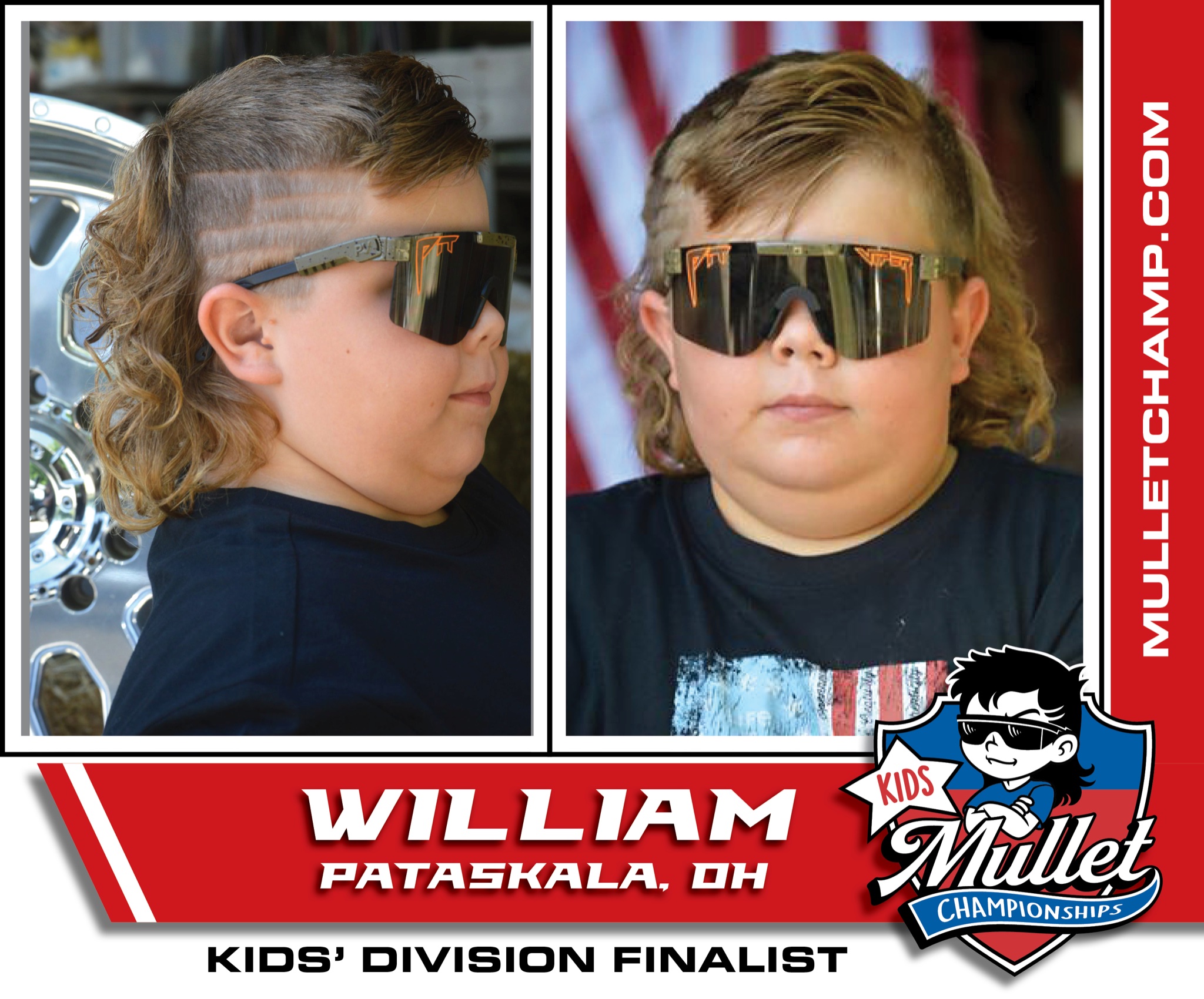 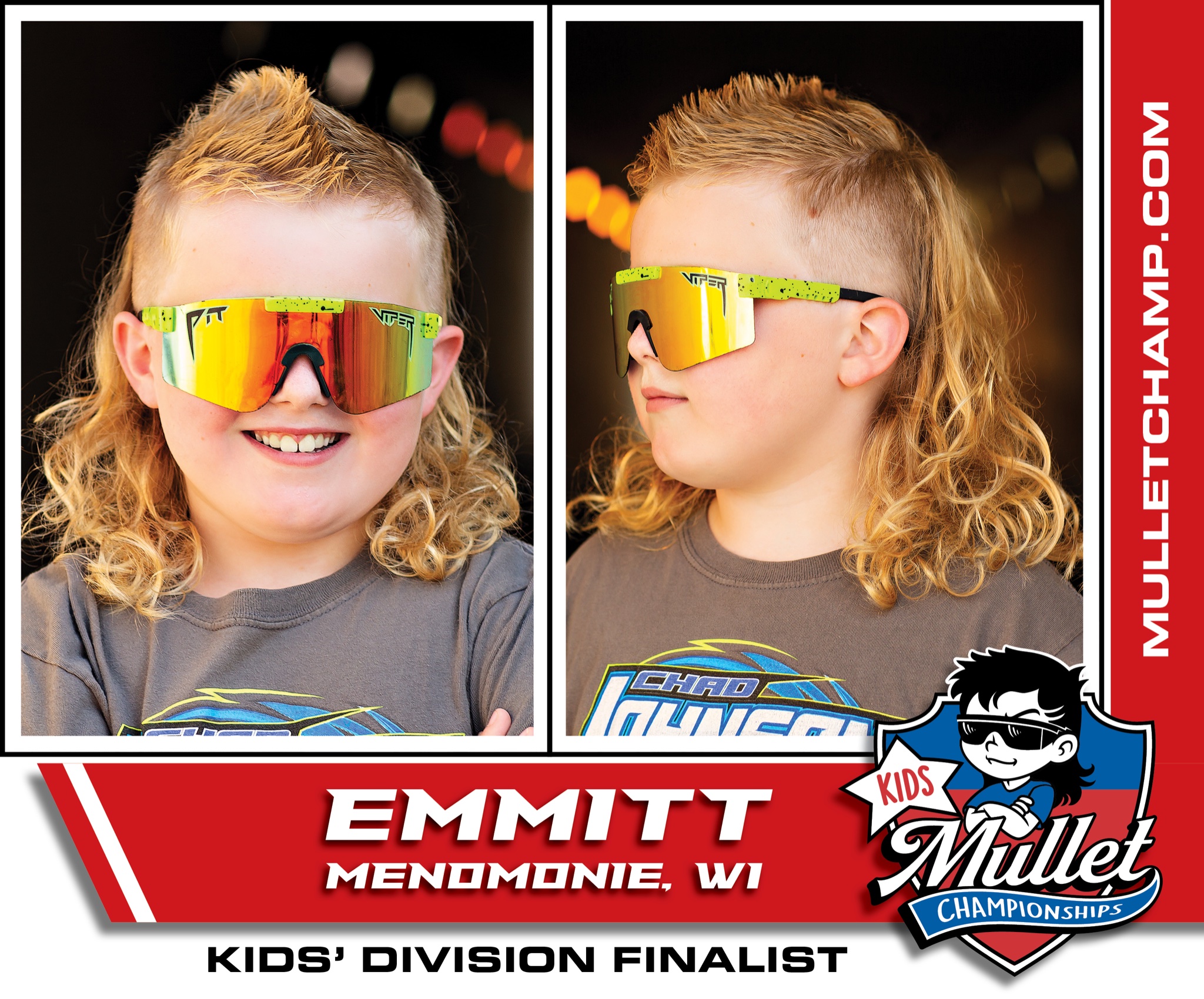 Picking a favorite to win it all this year is impossible. There are at least 15 kids that have a mullet look that Hollywood could use right now.

Take Levi from McAlester, OK. The kid is begging to say “Chicks dig the long ball” for MLB cameras.

Emmitt from Menomonie, WI should be hired by NASCAR right this minute to do social media spots to run on YouTube and TikTok.

And Eli from Hogansburg, NY has movie star written all over his permed mullet.

8-year-old Emmit is on something of a mullet heater right now after he landed on the news in Eau Claire, Wisconsin after word got out that his flow had made the finals of the 2022 Championship. That led to first pitch duties at a baseball game and the excitement that comes with a possible USA mullet title. 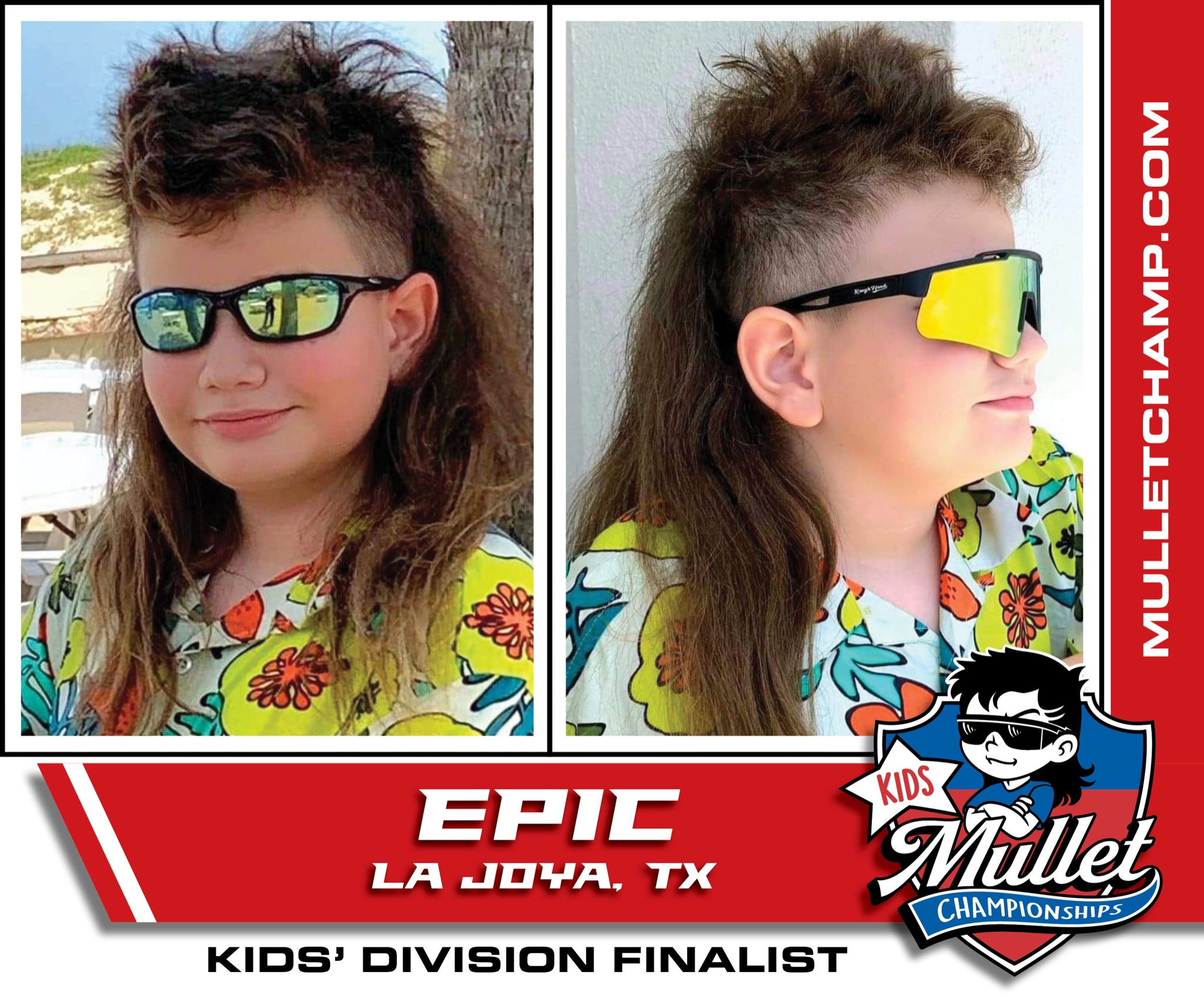 According to dad, it was $10 to enter Emmit’s flow and all the money will go to charity. The winner gets $2,500 and bragging rights.

What would Emmit do with the money?

How can’t you love this competition? This is what America is all about. 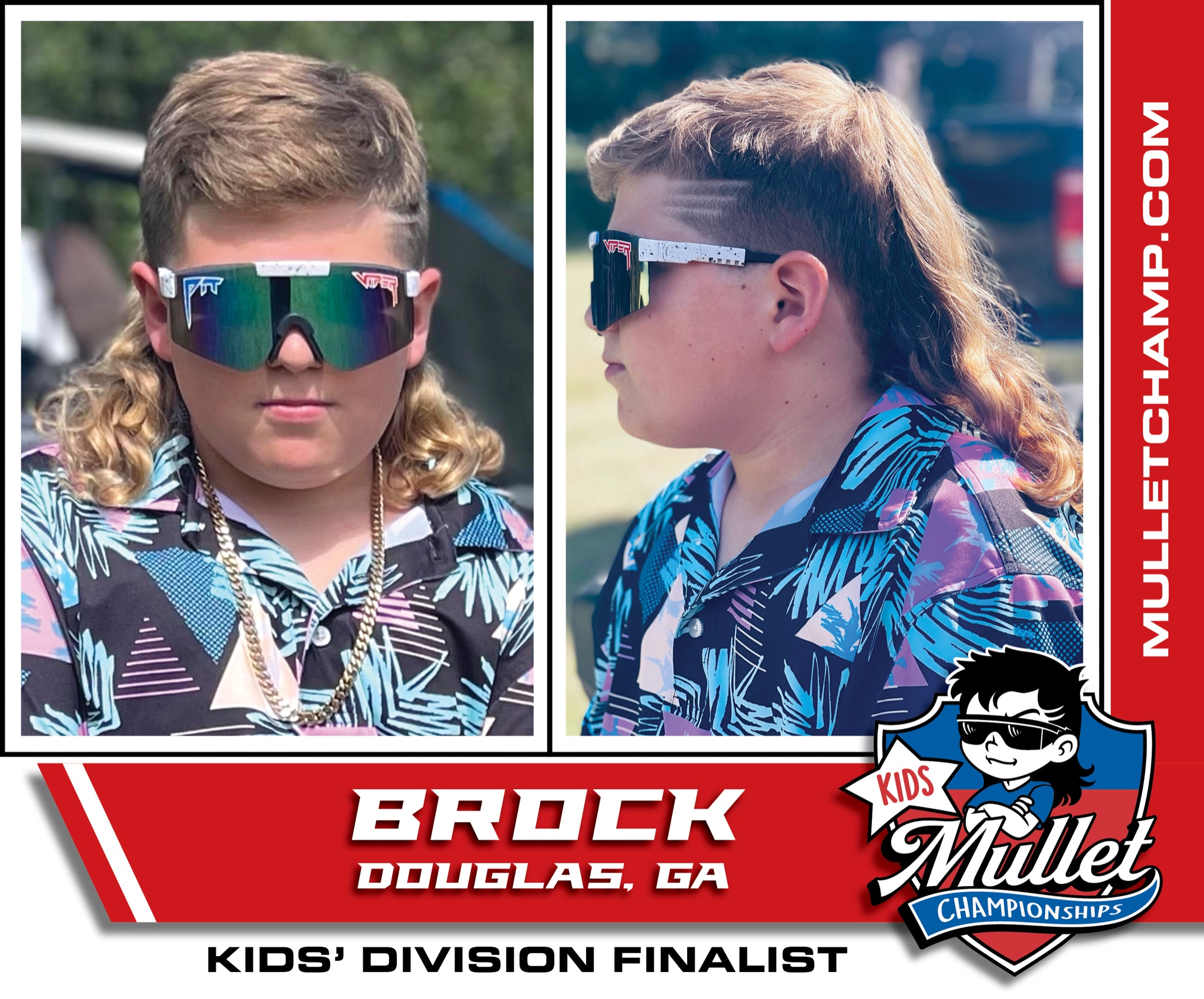 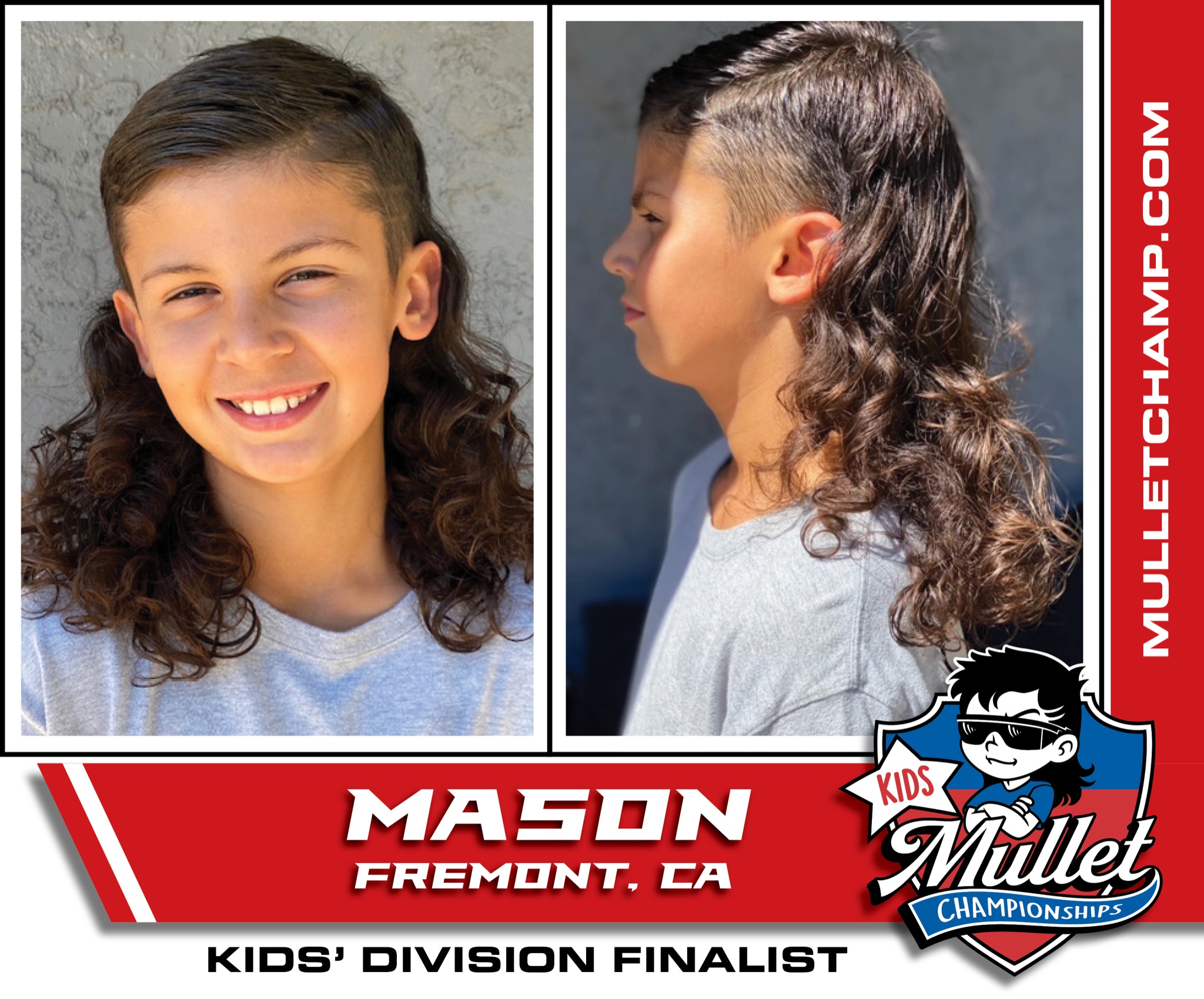 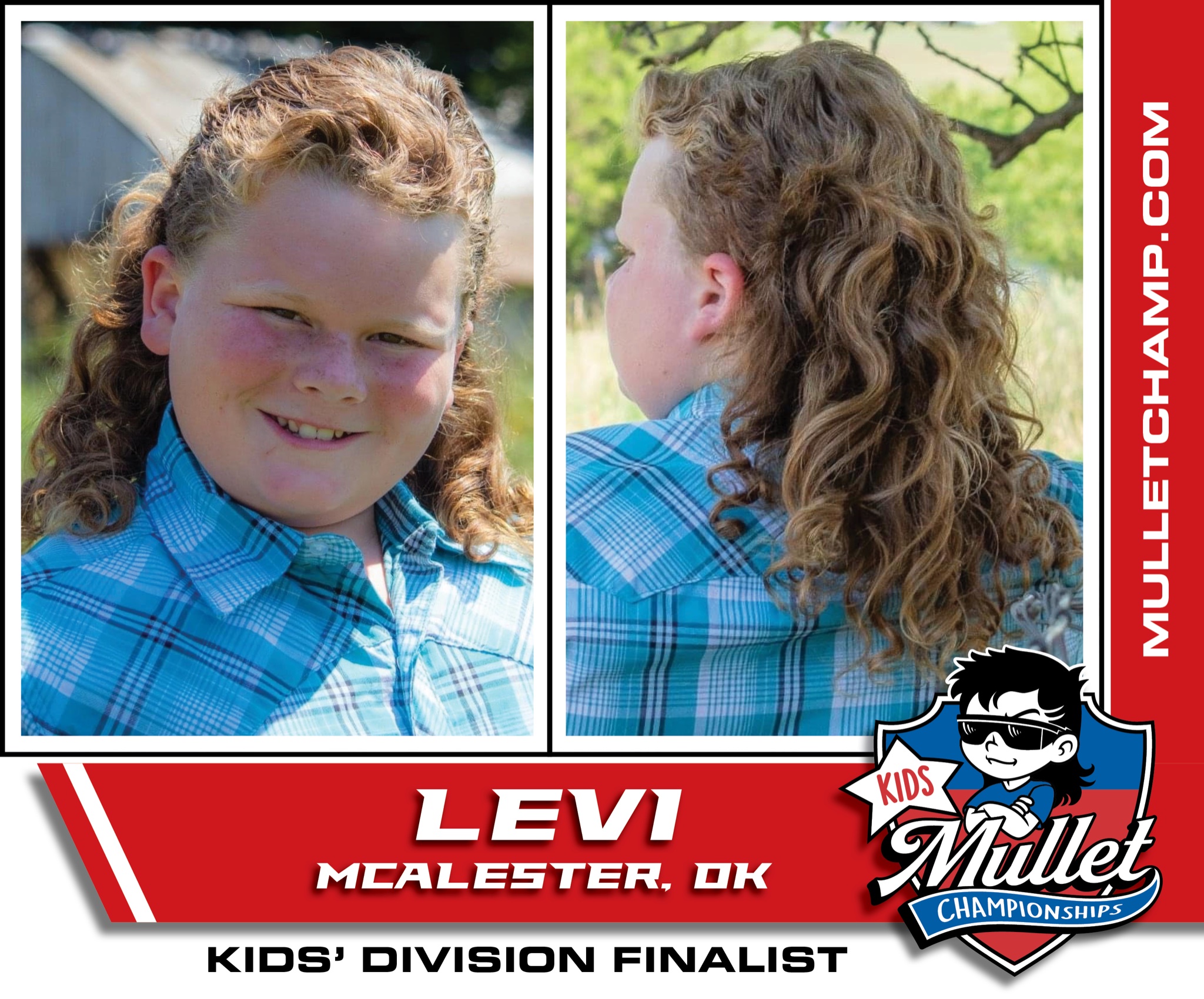 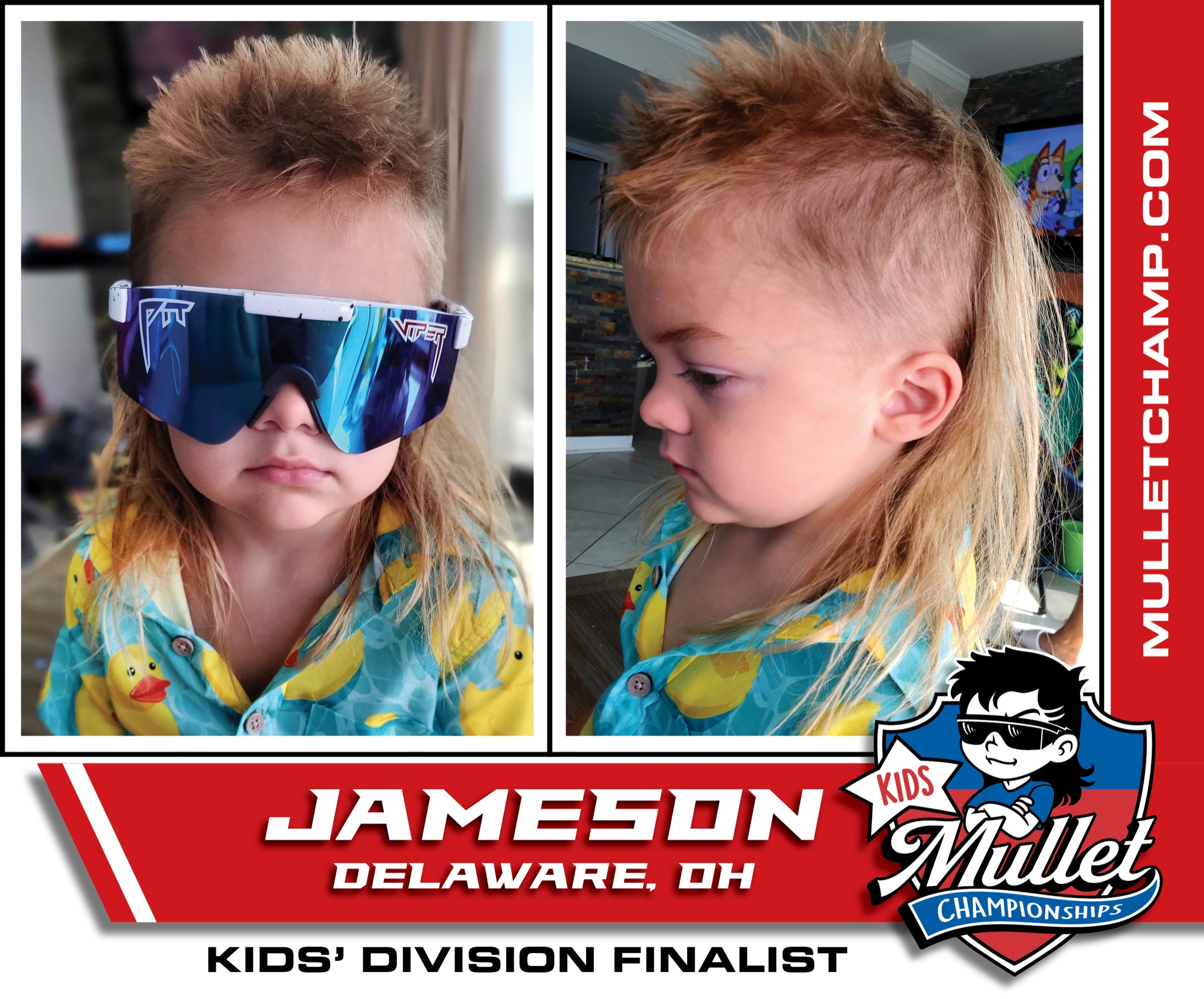 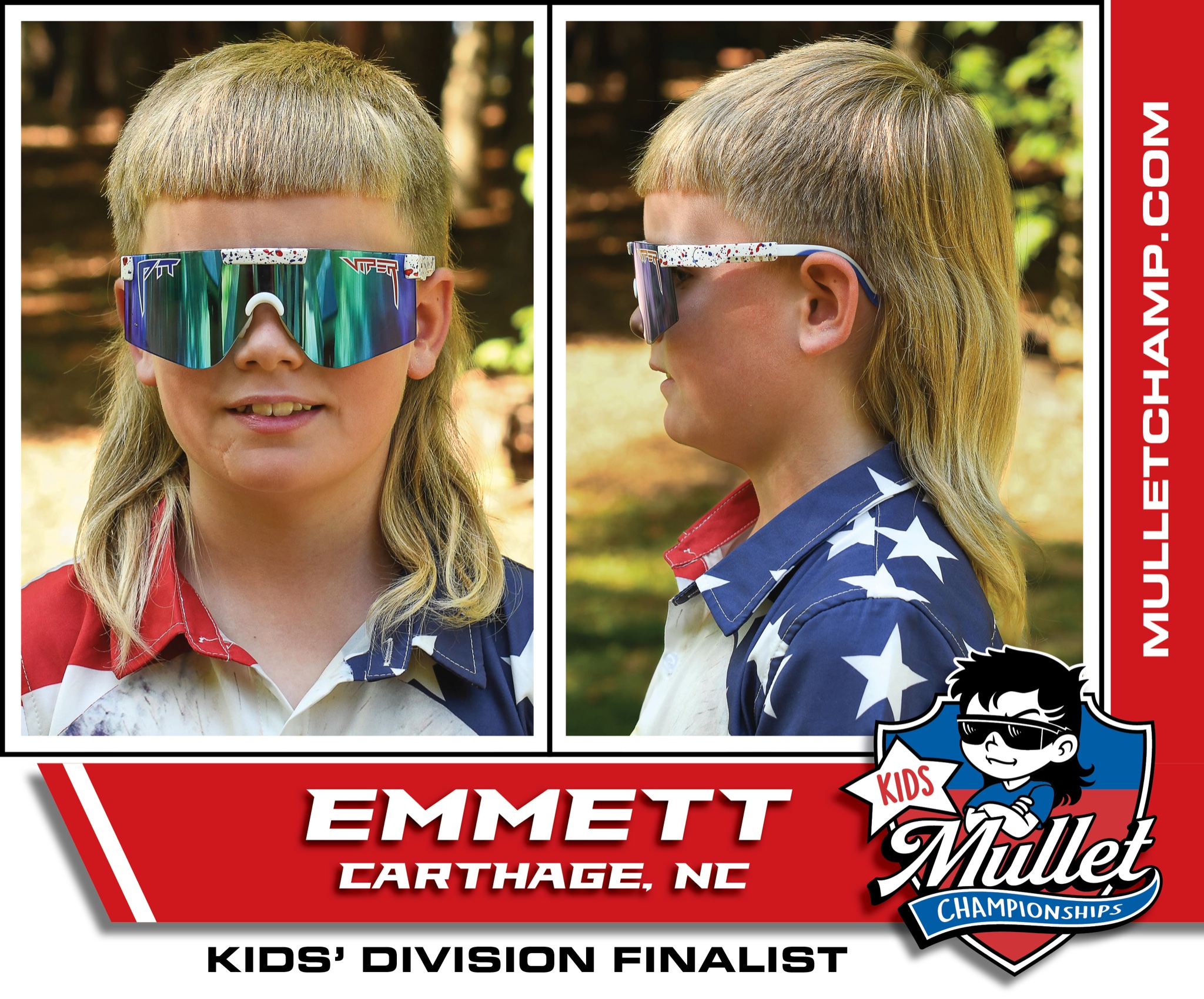 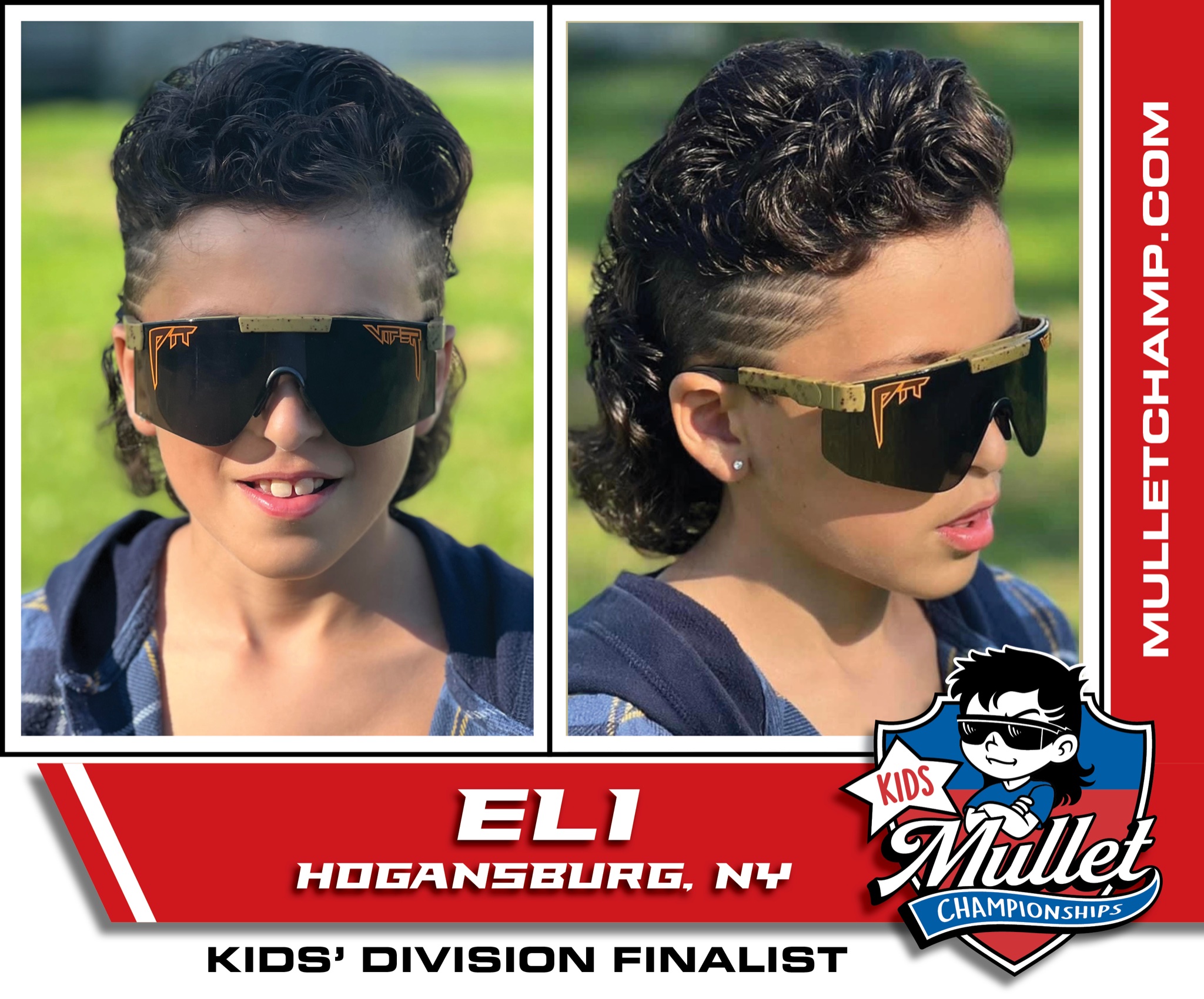 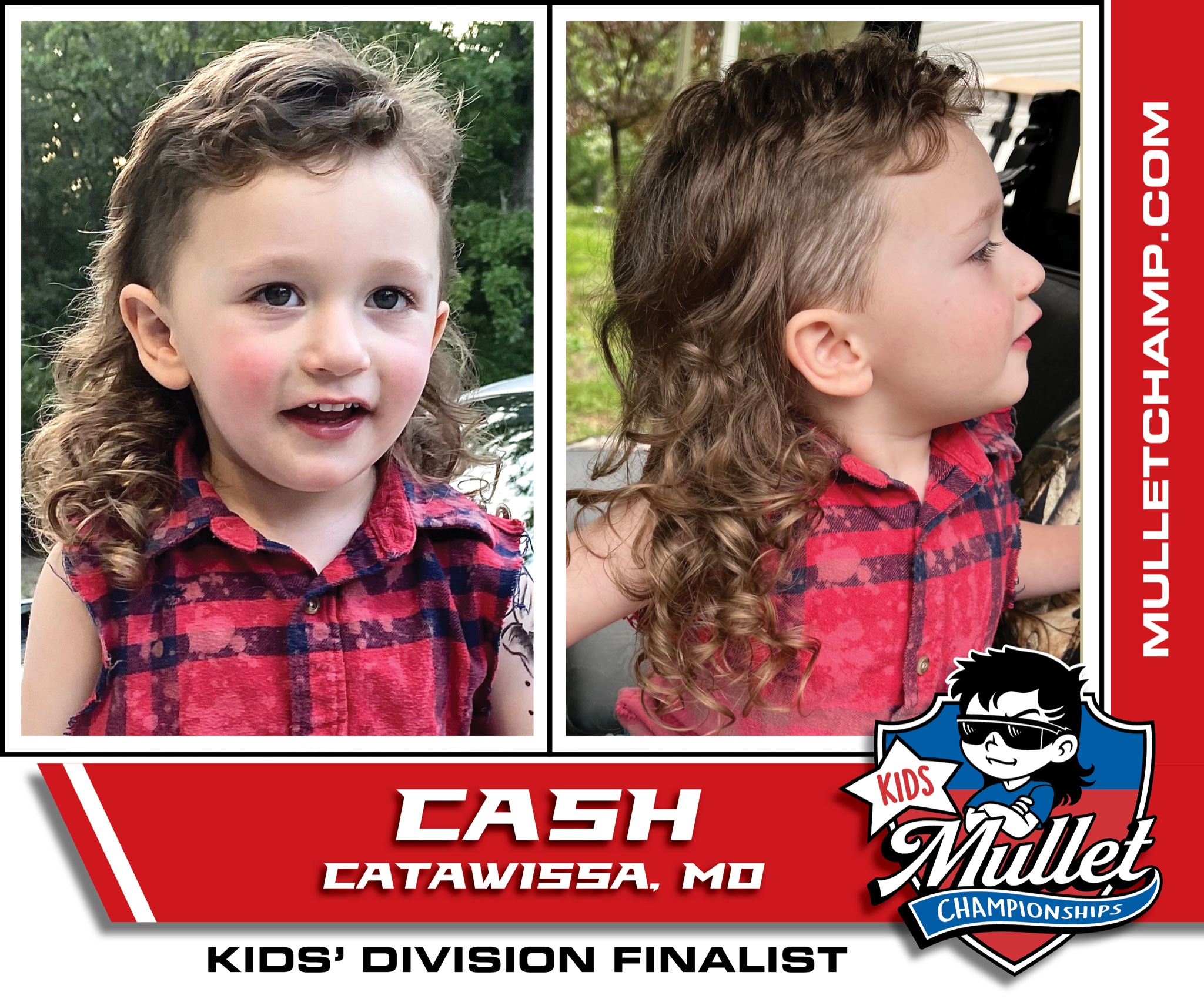