The Philadelphia Phillies are calling up top prospect Mickey Moniak and if you’re in Fantasy sports, you should pounce. Moniak was drafted No. 1 overall in 2016 so the raw ability was always there.

He is likely to be a cheap add on DFS, so get that FanDuel DFS account going.

The #Phillies are reportedly calling up 2016 No. 1 overall Draft pick Mickey Moniak.

Worth noting that Moniak’s strikeout rate remained consistent at all levels of the minor leagues. In the juiced baseball era, his power without sacrificing contact should will play in the big leagues.

Major League Baseball grades Moniak at just 40 power on the 20-80 scale, but middle of the road power plays up. Also can’t hurt to take a chance on a guy that projected as a star out of high school. Like Byron Buxton, many are expecting his bat to wake up at some point.

If he doesn’t start hitting soon we might have to start a petition to have him ditch his first name. Can’t have a professional baseball player stinking up the field as a #1 overall pick with the same name as Mickey Mantle. 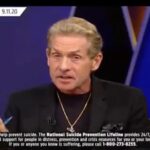 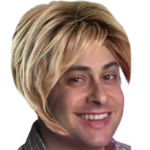