I know this week has felt like a year, but at long last we’ve made it to the NFL playoffs.

The games kick off in a little over an hour and I can’t wait to go watch my first NFL playoff game in Nashville in 12 years tomorrow at noon central when I head to Ravens-Titans.

But before that happens, it’s time for the Outkick Six Pack to continue the roll it has been on all year.

While our college picks this year have stunk, the Outkick NFL six pack is now a scorching 61-38 on the year. That’s a 61.7% win percentage on the season in the NFL.

Hopefully we can keep that pace up all through the playoffs. And hopefully you guys can make some money as well. Pick the winner of any NFL playoff game and if you bet $5 on that winner new users win $125. That’s a 25-1 payoff. (The Saints and the Bucs are the biggest favorites and hence the biggest value bets here.) So go get your bets in now.

Okay, here we go with the Outkick six pack in the order the games are being played. (These numbers are from Friday morning when I gave them out for the first time on my radio show):

There you have it, boys and girls, get rich, kids!

And go get your playoff bets in here today. 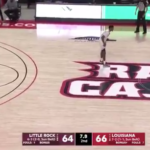 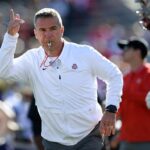