Luol Deng received a four-year, $72 million contract from the Los Angeles Lakers in the summer of 2016. He’s since been a colossal bust for the purple and gold. The Minnesota Timberwolves eventually bought him out in 2018, but L.A. still owes Deng $5 million every year until 2022. They’re now looking to file a “career-ending injury” claim on Deng which, if approved, would wipe his contract from the books and make room in the salary cap for a title repeat.

Lakers have requested a career-ending injury application to get Luol Deng’s salary taken off the books, per @ShamsCharania

Deng signed a four-year, $72M contract in 2016 and retired last October but is owed salary through 2022 pic.twitter.com/HdR3tKSGac

Bad contracts happen all the time in the NBA, and the Lakers did the best they could, stretching Deng’s contract just enough to acquire Anthony Davis. It was obviously the right move at the time, but now they need further flexibility if they want to make a splash this summer.

Free agents like Danilo Gallinari are at the top of the Lakers’ wish list, but the current limitations of Deng’s contract make bringing them to L.A. all but impossible. It may sound harsh for the Lakers to brand Deng with a “career-ending injury,” but it’s hardly unprecedented. We’ve even seen the Yankees try the same thing. Former Yankees outfielder Jacoby Ellsbury signed a seven-year, $153 million contract that eventually became a burden. The Yankees still owe Ellsbury the same type of deal Luol Deng has, and they’re filing negligence to get the outfielder off their books.

Professional sports is a tough business, but we can’t feel sorry for athletes who amassed generational wealth even though they didn’t perform well. The teams that try to dance around contracts like these usually have more flexibility in the here and now. It looks like luck has run out for Deng and Ellsbury.

So we’re saying there’s a chance

There’s no telling what the NBA will decide to do in this case of Luol Deng. The league already ripped the Lakers off when it vetoed the Chris Paul deal. It also removed Timofey Mozgav from the Orlando Magic books last offseason, allowing the center to move overseas.

COVID has limited the finances of many teams, and most are now looking to save a dime. We’ll have to wait and see what commissioner Adam Silver does for the Lakers, if anything. 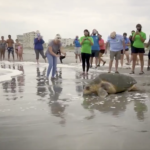 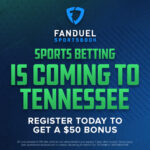