It was beyond time around here to go ahead and do a Woke All-Star Challenge Sweet 16 bracket to decide which member of this elite group will exit the Identity Politics Final Four with the crown as the wokest woke of 2021. Who has been putting in the work? Who has been on top of his/her game? Which woke wants it more than life itself?

The honor. The street cred. The admiration from peers. The resume material. Who is going to rise to the top and take home the 2021 Woke All-Star Challenge? I know the conundrum you’re in: It’s incredibly hard to send someone home when they all deserve the title, but that’s what makes a competition like this so damn invigorating.

It shouldn’t come as a surprise that the Vegas oddsmakers love USA Today columnist Dan Wolken out of the Toxic Masculinity Region, but look at that fierce competition starting with his former woke coworker Nicole Auerbach. And then you have cop-hater Mark Jones right out of the gate against man-hater Christine Brennan. Talk about heavyweight battles. Normally those are a couple of No. 1 seeds, but not in the Woke All-Star Challenge where there are some incredible heavyweights.

The Nonbinary Region should belong to Pat Forde who shouldn’t have a problem destroying Peter King, but watch out for Domonique Foxworth, who admits his schtick is to “make people mad.” That’s a brutal 2-3 matchup against Karen Rovell who has a similar schtick and pure hatred power from voters. This might not be Foxworth’s year, but give him time at ESPN working on his craft and he’ll make an Identity Politics Final Four, just wait.

Shifting gears to the #MeToo Region, Keith Olbermann is a strong No. 1 seed just based on his level of insanity, but the Vegas oddsmakers absolutely love a Jalen Rose-Maria Taylor regional final. Mike Florio clearly finds himself in the wrong region against a strong opponent. He’s doomed.

And finally, the Gaslight Region features none other than the Queen of Woke and the woke that all other wokes have their eyes on. Jemele Hill struts into the Sweet 16 on an absolute woke tear, but there’s trouble up ahead with a possible showdown against her new boss Dan Le Batard. This would be a Kentucky-Duke-like regional final if these powerhouses can take care of business early. Will Hill comparing the U.S. to Nazi Germany back in August be enough to get her to the Identity Politics Final Four? Stay tuned.

• Twitter voting. We’ll run the polls for 24 hours and determine the Sweet 16 winners.

• The bracket will be updated and we’ll do it again.

• Vote as many times as you’d like. Run voting scripts. Rig it. We don’t care.

• All results are final. Don’t come complaining to us if your favorite woke gets voting script cheated. That’s how it goes. 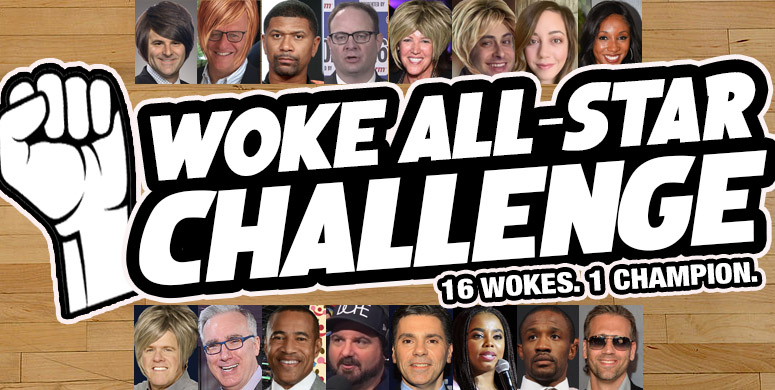 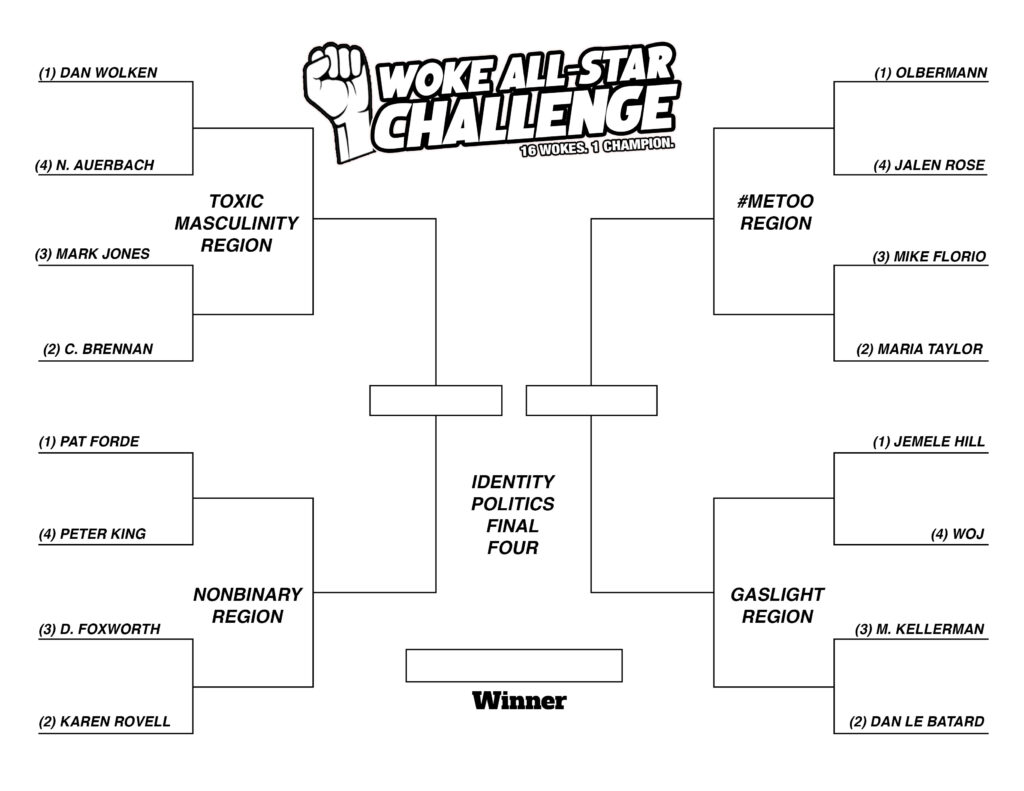