Average NFL fans likely already know that the Eagles’ receiving corps has been depleted this season. However, it’s pretty wild that Doug Pederson had to run practice on Thursday with just ONE active roster wide receiver: Greg Ward.

As the AP Notes, the next six wide receivers on the Eagles depth chart are banged up. DeSean Jackson has a hamstring injury, J.J. Arcega-Whiteside has calf issues, and John Hightower is also out. Alshon Jeffery still hasn’t returned from a foot injury sustained in 2019. Jalen Reagor and Quez Watkins are on IR. So that means that Greg Ward is currently flanked by practice squad receivers Deontay Burnett, Travis Fulgham and Marcus Green.

Carson Wentz obviously has not looked like a franchise quarterback this season, but the skill positions on the team have been astoundingly depleted.

All in all, here’s how many injuries the Eagles have sustained on the offensive side of the ball:

The good news for the Eagles is that they play in the NFC East, where theoretically even a 2-3 game run could vault them to the top of the division. Right now, Washington and Dallas are both 1-2. The Eagles are 0-2-1. The Giants are 0-3 and have looked even worse than their record. 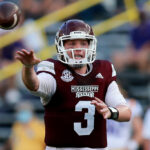 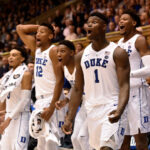