The Tiny Iowa College That Changed the NFL (WSJ) The Air Raid offense, which produced Patrick Mahomes and Baker Mayfield, has infiltrated the NFL. It traces its roots back to Iowa Wesleyan.

Jon Gruden, Who Was Awful at the NFL Draft While in Tampa, Has 3 First-Round Picks in 2019 (Big Lead) Jon Gruden historically has not been very good at this drafting thing. When he was in Tampa Bay, Gruden made 61 picks in seven seasons. Only three of those became Pro Bowlers.

The Eli in the Room: Collapsing Giants Look to a Future Without Manning (New York Times) Heading into their game Monday night in Atlanta, the Giants had lost 18 of their last 22 games and have had two winning seasons since their Super Bowl win after the 2011 season.

Clay Travis: How Does Rae Carruth Only Spend 18 Years in Prison (Outkick)

Clay Travis: Will Urban Meyer Run Away from Ohio State Like He Did in Florida? (Outkick)

Derek Carr Disputes Report of ‘Fractured Relationship’ with Raiders Teammates (Washington Post) Derek Carr took to social media Tuesday to push back on a report claiming that he had a “fractured relationship” with his Raiders teammates.

What Could Hold Back a Democratic Wave? Economy, Confidence, Independence (New York Times) With two weeks until the election, Republican leaders and President Trump are increasingly bullish about Republican voters and moderate independents rallying behind the party’s candidates rather than taking a chance on a Democratic challenger or a Democratic-controlled House.

Homeland Security: Some in Migrant Caravan ‘Have Significant Criminal Histories,’ From Regions Including Mideast (FOX) Homeland Security officials said Tuesday that among the thousands of migrants heading for the United States border are some “gang members” and people with “significant criminal histories.”

In a Game 1 of Moves and Counter Moves, Red Sox Struck Gold Again (Boston Globe) In the end, the biggest edge for the Red Sox was their rookie manager and his October-long knack for making the right decision.

Trump’s Approval Rating Is Up. Republican House Chances Are Down. Does That Make Any Sense? (538) Just in time for the Nov. 6 election, President Trump is posting some of the best job approval numbers of his presidency. 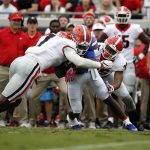 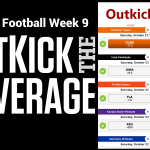