WNBA, NFL Players Show BLM Stands For Bigoted Lynch Mob (Outkick) If you publicly question Black Lives Matter, you’re smeared as racist and judged as unfit to participate in their exclusive fraternity. This is the kind of logic and behavior that fueled slavery, Jim Crow, the Holocaust and most human tragedies.

Unemployment Claims Level Off As New Job Losses Offset By Hiring (Wall Street Journal) The number of workers seeking new unemployment benefits has plateaued at a historically high level, showing that many Americans are still losing their jobs amid a broadly healing labor market.

No Fall Sports For Ivy League (Outkick) The Ivy League is cancelling all of their Fall sports. The news of the final decision was first reported by Jon Rothstein of CBS Sports.

CNBC Signs Shepard Smith (Outkick) The signing of Smith could be the first step of many changes at CNBC. In June, the New York Times reported CNBC is considering pivoting to right-wing talk shows in primetime.

Stanford Permanently Cuts 11 Sports Amid Coronavirus Pandemic (New York Times) The university said in a statement that it faced a $70 million shortfall over the next three years.

Professor Doubles Down On Prediction Model Of Trump’s Chances In 2020 (Fox News) Mediaite reported on Wednesday that Stony Brook Professor Helmut Norpoth is doubling down on his “Primary Model,” which has correctly predicted five out of the past six elections since 1996 and every single election but two in the past 108 years.

The Real Impact Of Stanford Cutting 11 Sports Will Be Felt Far Beyond Palo Alto (Yahoo! Sports) Stanford, is an entirely different beast. If a school with a $27 billion endowment is crying poor, then what hope is there for everyone else?

Dan Bilzerian’s On A Massive Yacht In Croatia While His Company’s Reportedly In Huge Financial Trouble (Outkick) A Forbes.com report posted Tuesday states that Dan Bilzerian’s CBD company, Ignite International, lost $50 million in 2019 and managed to do that after going public on the Canadian Stock Exchange on February 28, 2019.

Clay Takes NBA To Task Over Hollow Social Justice Jerseys (Outkick) “I am sick of seeing athletes, whether it’s Megan Rapinoe, whether it’s LeBron James, insert athletes name here, ripping American institutions to the high heavens, and then kneeling at the altar of Chinese communists.’

Inside Peacock’s Ambitious Plan To Crash A Crowded Streaming Field (Variety) Next week (on July 15), Peacock is set to unfurl its plume for a national audience, after a three-month test run on Comcast systems. 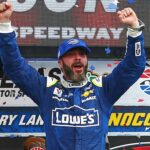 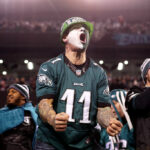