Outkick’s Gambling Picks For The 2019 Conference Title Games (Outkick) Nine conference title game winners for you as you head into the weekend, boys and girls.

In Retaining Clay Helton, USC Proves It Lacks True Interest In Returning To Elite Level (SI) USC went 8-4 this season, including a 30-23 home win over 11-1 Utah. If you dig deeper, though, the Trojans’ record was not too impressive.

Utah, Baylor Have A Unique Opportunity To Inject New Blood Into The College Football Playoff (CBS Sports) LSU has also never been in the four-team field, but the Tigers are hardly disenfranchised

Does Knowing Whom Others Might Vote For Change For Whom You’ll Vote? (538) Polls probably do influence how people vote in some situations, experts say. But it’s not anything like a universal, definitive effect.

Steelers’ Pouncey Has “No Regrets” In Return From Suspension (AP) Maurkice Pouncey is free to get back to work. The Pittsburgh Steelers center is also free of regrets.

How Google’s Founders Slowly Stepped Away From Their Company (New York Times) Larry Page and Sergey Brin became billionaires thanks to the success of Google. But toward the end, they appeared happy to let someone else run it.

The Chargers Have Turned Losing Into An Art Form. Let’s Appreciate It. (The Ringer) Marked by boneheaded plays and historic futility in one-score games, the Philip Rivers era has revolutionized the art of losing in the NFL

Devin Nunes Sues CNN For $435 Million Over ‘Hit Piece’ (New York Post) The California lawmaker alleged that the cable network — which he described in the 47-page document as “the mother of fake news” — published a “demonstrably false hit piece.”

Ron Rivera Will Have Plenty of Options This Offseason (The Big Lead) Riverboat Ron helped customize an offense that played into his star player’s strength, and built a strong unit on the defensive side of the ball.

Electric Eel Powers Tennessee Aquarium’s Christmas Lights, In Shocking Use Of Science (Fox News) A system connected to his tank allowed the eel’s shocks to power strands of lights on a nearby tree, resulting in rapid succession of blinking lights. 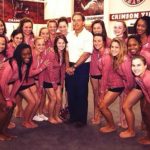