Spring College Football Would Have Massive Differences (Outkick) If played in the Spring, it’s quite possible that many of the biggest names in the sport, such as quarterbacks Trevor Lawrence and Justin Fields, would sit out the season for the NFL Draft.

Bryson Dechambeau Berated A Cameraman For Filming And Potentially Damaging His Brand (Outkick) On Saturday, during the third round of the Rocket Mortgage Classic, DeChambeau berated a cameraman for … doing his job.

Global Stocks Jump, Led By Surge In Chinese Markets (Wall Street Journal) “In recent weeks the data has looked very positive from China. Its economy is back in motion, and that should lift global equities a bit,” said Seema Shah, chief strategist at Principal Global Investors.

Masahiro Tanaka Struck By Ball (New York Times) In a harrowing first workout of the summer, the Yankees starting pitcher was struck on Saturday.

Atlanta Mayor Calls For Citizens To Stop ‘Shooting Each Other’ After Murder Of 8-year-old Near BLM Protest Site (Fox News) Victim’s father: ‘They say Black Lives Matter. You killed your own’.

Remarkable Video Of Fireworks In California During TV Segment About How They Were Banned (Outkick) In the understatement of the century, the news anchor said: “Our local fire departments and police departments have been begging people not to do this, but it seems tonight that they are not listening to those calls.”

Jorge Masvidal Now Has The Chance To Become An Absolute Legend At UFC 251 (For The Win) Masvidal is getting a chance at another title, the UFC welterweight belt, next weekend when he takes on the champ, Kamaru Usman, at UFC 251 on Fight Island/Abu Dhabi. 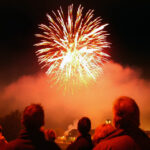 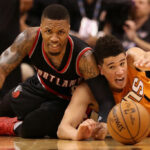