What We Learned In The N.F.L.’s Conference Championships (New York Times) The Chiefs came back to beat the Titans and the 49ers crushed the Packers. The matchup is set for Super Bowl LIV.

The 49ers’ Domination Of The Packers Looks Like A Blueprint For A Super Bowl Win (The Ringer) With a crushing defensive line and dominant running game, Kyle Shanahan may not have to worry about his team blowing any big leads this time

GOP Senators Considering ‘Kill Switch’ Option Should Impeachment Trial Spiral Out Of Control (Fox News) Senate Majority Leader Mitch McConnell reportedly is close to finalizing a rule that would allow President Trump’s team to move to dismiss the articles of impeachment in the Senate quickly after some evidence has been presented.

50 Years Of Doubt, Frustration Vanished For The Chiefs As Patrick Mahomes Seized His AFC Crown (Yahoo! Sports) The Chiefs are going to the Super Bowl for the first time in half a century. And one transcendent play by their MVP quarterback was the biggest reason.

Wealthy Investors See Nothing That Will Stop This Relentless Bull Market (CNBC) Investors with $1 million or more in a brokerage account are significantly more bullish than they were a quarter ago.

Prince Harry Makes First Public Comments On Decision To Step Back From Royal Duties (Washington Post) Prince Harry said Jan. 19 that he felt “great sadness” but found “no other option” to cutting almost all of his and his wife Meghan’s royal ties.

Spotify Is Reportedly In Early Talks To Buy The Ringer (Awful Announcing) Spotify has acquired a number of podcasting-focused companies recently, and The Ringer may be the next in their sites. 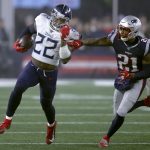