Patrick Mahomes Is Here, And Here To Stay (SI) It wasn’t a flashy win for the Chiefs, but they were able to leave Super Bowl LIV victorious thanks to their 24-year-old QB who is becoming the face of the league.

Wuhan Coronavirus Looks Increasingly Like A Pandemic, Experts Say (New York Times) Rapidly rising caseloads alarm researchers, who fear the virus may make its way across the globe. But scientists cannot yet predict how many deaths may result.

The Chiefs Were On Their Way To A Loss. Then Patrick Mahomes Turned It On. (538) Patrick Mahomes came alive in the fourth quarter of Sunday’s Super Bowl, bringing his Chiefs back from the brink.

Chiefs Win Super Bowl: Andy Reid Proves The Critics Wrong And Cements His Hall Of Fame Legacy (CBS Sports) It has been a long time coming for one of the NFL’s most underrated and innovative head coaches.

Bernie Sanders Makes Closing Pitch For Solidarity, Says Iowa Caucuses ‘Beginning Of The End’ For Trump (Fox News) There is reportedly some concern in the Democratic Party of the possibility of the self-described democratic socialist becoming the party’s standard-bearer.

Jimmy Garoppolo’s Sad Super Bowl Blues (The Ringer) The 49ers quarterback had history at his fingertips … and he overthrew the pass.

The Global Economic Threat Of The Coronavirus (Axios) The coronavirus has the potential to be as damaging to the global economy as the U.S.-China trade war, and if not contained could wreak havoc on businesses across the globe, with great uncertainty over how bad things could get.

Richard Sherman Doesn’t Have Many Answers For What Happened To 49ers Defense (Yahoo! Sports) “It is what it is,” cornerback Richard Sherman said. “We didn’t execute at the end and they got the win.”

Patrick Mahomes Made A Legendary Entrance Into The Chiefs’ Locker Room After Super Bowl 54 (For The Win) With the game ball tucked under his arm, Mahomes immediately made his way around the locker room, hugging and high-fiving every teammate in the room. 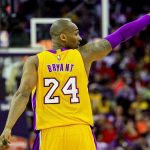 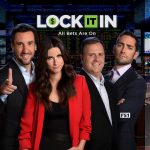