Grading Every Team At The NBA Trade Deadline (The Ringer) Who made all the right moves before Thursday’s buzzer? Who managed to do worse than the Kings? We evaluated every team’s action or inaction.

Mookie Betts Deal Offers Painful Reminders Of Boston’s Past (New York Times) More than a century ago, the Red Sox dealt away an M.V.P. Award-winning outfielder over financial concerns: Tris Speaker, who has eerie parallels to Betts.

Behind The Chaos: How A Small-city Mayor And A Democratic Socialist Finished On Top In Iowa (Washington Post) The youngest candidate in the race joined the oldest, 78-year-old Sen. Bernie Sanders of Vermont, at the top of the heap, with both men declaring victory as results were still being counted.

Landry Jones Is The Face Of The XFL. But Does He Want To Be? (ESPN) There are many days when Jones looks back on his professional career and can think of only one word: failure.

Exclusive: Netflix Reveals Its 9 Government Takedown Requests (Axios) Netflix has taken down just nine pieces of content around the world in response to written government requests since it was founded 23 years ago, the company revealed for the first time.

Where Wilpons And Mets Go From Here Is The Big Question (New York Post) When a dumpster fire like this produces such wildly divergent accounts of what transpired, the truth typically lies somewhere in the middle.

ViacomCBS To Launch New Streaming Service Blending CBS All Access With Paramount Films, Viacom Channels (CNBC) ViacomCBS is preparing to throw its hat into the streaming wars after consummating a merger on Dec. 31.

NBA Trade Grades: Warriors Deal D’Angelo Russell To Timberwolves For Andrew Wiggins (SI) After a brief stop in Golden State, D’Angelo Russell joins his fourth team in five seasons, but will get to play off of a legitimate star for the first time in a more stable long-term situation.

Criminals Would Be Protected From Deportation Under Bill AOC And Other House Democrats Back (Fox News) At this moment there is a bill pending in Congress called the New Way Forward Act. It’s received almost no publicity, which is unfortunate as well as revealing.

Rams To Meet With Todd Gurley About How To Proceed In 2020 And All Options Are On Table, Per Report (CBS Sports) Gurley and the Rams parting ways before the start of the 2020 season is a possibility.

How Does Oscar Voting Work? (Variety) The Academy of Motion Picture Arts and Sciences currently has 8,469 eligible Oscar voters, a jump of 35% from four years ago (6,261 voters in 2015). 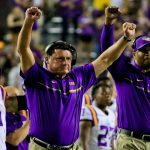 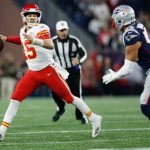