Edward Aschoff, ESPN College Football Reporter, Dies At Age 34 (ESPN) “We are very sorry to have to share the devastating news of the tragic passing of friend and ESPN colleague Edward Aschoff,” ESPN said in a statement.

Breaking Down Every Single Playoff Scenario For Every Single NFL Team Remaining In The Mix (CBS Sports) There’s still plenty that can shake out, particularly when it comes to the NFC, where the Seahawks-49ers Sunday night matchup will determine a lot of what is going down with the various seeds on that side of the bracket.

Netflix Hikes Pay For Execs Reed Hastings And Ted Sarandos To $35 Million Each (New York Post) The hefty raises come amid a roughly 42 percent rise in Netflix’s stock price over the past year to a Monday closing of $333.10.

The NFL’s 10 Biggest Business Of Football Stories In 2019 (SI) The games are the storefront for a business with roughly $15 billion in annual revenues and growing. The real NFL action takes place between owners, teams, players and the players union, all fighting for their share of an abundant pie.

The Santa Rally In Stocks Could Lead To January Selling (CNBC) If the S&P 500 gains another 1 percent before year-end, it would match gains last seen in the late 1990s.

How Kawhi Leonard Turned Load Management Into A Style Of Play (The Ringer) The Clippers star has been at the center of the NBA’s conversation surrounding rest and health this season.

1917’ Star George MacKay On Filming The Best War Movie In Over 20 Years…in One Shot (Daily Beast) Sam Mendes’ new war epic is being hailed as “the best war film since ‘Saving Private Ryan.’” Star George MacKay talks the arduous task of filming the whole thing as just one take.

Where The 5-star Recruits In The 2020 Class Are Headed (247 Sports) The Division I Early Signing Period is officially in the rearview, so we’ve decided to check in on where the five-star prospects in the 2020 class are headed for college.

The Biggest Box Office Hits And Flops Of 2019 (Variety) Barring a Hollywood ending, 2019 will not go down as a year for the record books.

Quiz: The 2019 Baseball Trivia Extravaganza (New York Times) This test is not for the faint of heart, or the casual fan. See how your knowledge of the sport holds up in our third annual holiday baseball quiz.

Jimmy Stewart’s Other Christmas Movie – It, Too, Is Wonderful (Fox News) Titled, “Mr. Krueger’s Christmas,” the short film stars the then 72-year-old actor as a lonely, elderly janitor of an old apartment building. 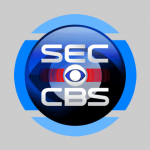