Former Cy Young winner Corey Kluber held a showcase Wednesday morning in Florida and reportedly “impressed” the attendees. According to ESPN’s Jeff Passan, the 35-year-old right-hander showed the scouts from 25 different teams what they wanted to see:

Nearly 25 teams showed up at Corey Kluber’s showcase today, and scouts came away impressed. His fastball sat 88-90 — and he’s got more velocity in the tank as he builds toward spring training. Kluber threw 30 pitches, including all of his off-speed stuff. Strong market expected.

Interest in Kluber has been at an all-time high lately, but teams still needed assurance that he would have his ‘A’ fastball. His velocity has dropped each and every season since he won the Cy Young award, largely due to his workload.

Outside of Gerrit Cole, whom they signed last offseason, the Yankees are thin in the rotation. Unless they suddenly come to terms on extensions, they’re slated to lose James Paxton and Masahiro Tanaka from their starting rotation. A team that loses its two and three starters to free agency is a team in need.

Yankees fans will be furious if GM Brian Cashman doesn’t find a solution fast, so that’s why we may see more aggressiveness from the Bombers to get a deal done.

Boston’s rotation was godawful in 2020, so it doesn’t take a genius to understand why Kluber would be welcomed in Fenway. With left-hander Chris Sale expected to return from Tommy John surgery at some point, signing Kluber to a one-year deal could really be a shot in the arm to that rotation.

If Kluber looks okay today, this should be a layup for the Yankees and they better not screw it up 🤣 There’s the Eric Cressey link and the Matt Blake Cleveland link too. pic.twitter.com/V0ANzGnAE2

Kluber heading back to the AL central may be strange, but it makes sense. The Twins are expected to lose Jake Odorizzi, and replacing him will be a difficult task. Kluber presents a short-term solution to a long-term problem that won’t be resolved until other young prospects in the organization are ready to contribute. But he is still a possible solution nonetheless.

Bottom line is that there’s a solid chance Corey Kluber is pitching a big game for a contender this October. Since big market teams have gotten involved, expect his price tag to be steep. Corey Kluber ain’t comin’ cheap. 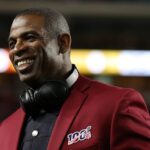 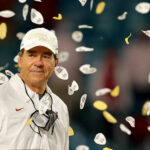