Losing 38-6 in the season opener is never good, but the Cleveland Browns have an opportunity to right the ship if they blow it up. Shipping Odell Beckham Jr. out of town should be the first of many moves that can turn this franchise around. Wouldn’t be any fun if we didn’t talk landing spots, so we’ll do that too!

For a man that only cares about “winning and producing”, getting traded to the Cleveland Browns is tough luck. Doesn’t take a gridiron wiz to see OBJ and Mayfield have Kim Kardashian-Kris Humphries chemistry. Beckham doesn’t have the personality to break free from a pathetic Cleveland Brown environment. He’s needs to be in a climate where an established group can mature him. We’re looking for a Coach Carter-type situation.

Football-wise, Baker Mayfield isn’t physically or mentally gifted enough to utilize the talents of Odell. Roster has more holes than a Jussie Smollett story, so why hang onto a star wide receiver if you can’t use him? Hard to justify paying any wideout $18 million/year when he doesn’t have time to get open.

Cleveland has an opportunity to make a deal the same way the Oakland Raiders did with Khalil Mack. Might get laughed at on Twitter for shipping a superstar off a bad team, but front offices willingly give up a ton of assets for stars these days that can help a bad Cleveland team accelerate the turnaround.

Green Bay is a team that invested this year’s first round pick on a replacement for Rodgers, but that doesn’t mean they can’t give him his weapon late. OBJ would fit like a glove in the Packers offense that seems to throw more contested passes than anything else. Beckham is probably the most qualified receiver in the NFL on those back shoulder throws.

Philadelphia needs help in a major way because their receiving core flat out stinks. A much improved defense with the addition of Darius Slay this offseason should allow them to focus on helping Carson Wentz. Slotting a talent like OBJ with second half Wentz of last year is a deadly combo. Can’t ignore that Philly has more incentive to make a deal in a bad division that can be won with a move or two.

Pittsburgh is probably the spot that makes the most football sense. After Antonio Brown made an absolute fool of himself, JuJu Smith-Schuster was asked to step into the #1 receiver role. OBJ would take the pressure off JuJu and help rekindle some of that magic Pittsburgh offense from a couple years ago. Now that AB is out of town, no one’s left to question Big Ben’s leadership, which helps transition Beckham into the attack.

Baltimore probably isn’t too desperate to send valuable assets for a receiver after they dropped 38 points week 1. Hollywood Brown taking the top off the defense should in theory pull double teams away from OBJ. Odell was subtweeting the Ravens like a teenager last year, so he obviously likes this landing spot.

There’s plenty other places Odell Beckham Jr. could make an impact, but the common denominator is established leadership. Most of these teams don’t have question marks all over the field and that gives Beckham a chance to flourish. Right now, Cleveland is a black hole where talent goes to die and it’s time to let him go. 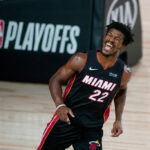 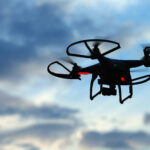