According to Yahoo Sports’ Chris Haynes, the Boston Celtics and big man Tristan Thompson have agreed on a two-year, $19 million deal. A solid pickup for a team that just lost Gordon Hayward for nothing.

Tristan Thompson has reached an agreement with the Celtics, per @ChrisBHaynes pic.twitter.com/Of6xliYFIy

Thompson averaged 12 points and 10.1 rebounds a game in 2019/20, but that’s not what makes him the perfect fit in Boston. He simply outworks the other nine guys on the floor and it’s been infectious everywhere he’s played. The Celtics, aside from shooting guard Marcus Smart, didn’t have enough toughness. Showing up everyday and outworking your opponent is a skill. That’s why Tristan Thompson remains an asset to contenders, so this was a big get.

The Celtics outran other contenders likely because of an open starting role at center that most contending teams couldn’t offer. Doesn’t hurt that Thompson already cashed in alongside LeBron James in Cleveland for over $80 million.

Although Boston lost Gordon Hayward to MJ’s Hornets, the addition of a tough big man that will help fix their chemistry issues is an excellent signing. Call the press– Danny Ainge finally executed a move that made sense. 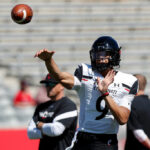 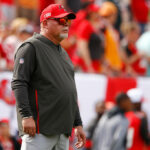